Paris’s reputation as the home of the avant-garde has been somewhat of a misnomer for at least the last half a century—the staid pathways that led to the heart of the city’s artistic community left little space for innovation and it quickly lost cool points. While the legitimacy of the existence of the artistic “avant-garde” anywhere is totally open for valid debate, and the quality of the city’s galleries and institutions doesn’t deserve denigration, Paris nonetheless seems to have succeeded in institutionalizing all that was once radical. But a stagnating system eventually gives way to some kind of kick back and it seems as though the time is ripe to give some of the city’s new(ish) experimental spaces some airtime.

“When we began five years ago, alternative projects like ours in Paris could be counted on one hand,” says artist and co-founder of Belleville-based off-space Exo Exo, Antoine Donzeaud. Now, however, notes co-director and curator Elisa Rigoulet, artist-led or experimental spaces are proliferating. What Paris needed was a means of democratizing, and once people began to get used to exhibitions migrating from the gallery to front living rooms or artist studios, and that traditional means of communication could be circumvented with social media, things began to change.

I note my own personal delay in finding spaces such as theirs. “It’s taken me a long time to find project in Paris that are…” I trail off. “Cool?” interjects Rigoulet with sincerity. Yeah, cool. Exo Exo is run predominantly from Donzeaud’s studio with itinerant exhibitions hosted by galleries across the city, notably with a series of three shows coming up at Paris’s New Galerie in the Marais through 2018 and 2019. It’s a project whose primary necessity is not to generate cash. Housed by Donzeaud and operated with minimal expenses by two partners with independent incomes from their curatorial and artistic practices, Exo Exo has a rare freedom to produce without constraint, resulting in sporadic shows and the uncompromising platforming of emerging artists. Existing in such a way is kind of a radical gesture of resistance to exhibitions dominated by the exigencies of advertisers, investors or even a tempo defined by the big bad “art world”.

Exo Exo is flanked by a number of galleries whose programming is equally as supportive of a new generation (the Belleville cohort has been making a splash since many of the local galleries clubbed together to create the fair Paris Internationale—a seemingly radical alternative to the hegemony of Fiac and its now-defunct satellite fair Officielle.) Jocelyn Wolff, proponent of the Swiss German avant-garde, is the doyen of the group on rue Julien Lacroix. If planned well one can follow a neat itinerary from Wolff’s hilltop gallery via WenZhou on rue de Belleville for sticky pork bao buns at 80 cent a pop, then to Balice Hertling, Antoine Levi, Galerie Sultana and Maëlle Galerie on rue Ramponeau and finish up with crispy, salty raviolis for a fiver at Ravioli Chinois Nord-Est on rue Civiale. The co-existence of both is a testament to the comparatively benign presence of the art scene thus far in terms of a gentrifying project in the area.

“The Parisian scene remains very much about context”

It should be noted however that with the recent closure of a number of galleries, mostly simply due to the financial unviability of the business (not least the neighbouring Bugada & Cargnel who are said to be looking to “continue their operations in another form” or Samy Abraham equally based in Belleville) the idea of alternatives starts to become self-evident.

The artist-run space DOC on rue Docteur Potain has spent the last three years squatting a disused school. It’s home to twenty-eight artist studios and two residency studios. They run exhibitions, concerts, film screenings, an anarchist reading group led by philosopher Patrice Maniglier and a whole pile of other enriching and important things. Without a legal rental contract, DOC isn’t able to apply for government subsidies so its “alternative” is patronage and a system by which artists pay in 5 euros per square metre to help support the sprawling, lolloping project. “It’s not just about being an alternative space though,” says administrator Jean Philip Lucas, the quality of their project has enabled DOC to craft close links with the city’s galleries and institutional validation comes from big hitters such as Pro Helvetia, Fluxus Art Projects and the Arts Council England, all of whom have provided financing for previous exhibitions.

It’s not just in Belleville that things are taking off; new private foundations are springing up across the city. With the recent addition of the Fondation Anticipations Lafayette in the Marais in March 2018 and the impending arrival of the Collection Pinault in 2019, which will occupy the Bourse de Commerce in the 1st Arrondissement, there is certainly the influx of fresh blood to give potential to any kind of shake-up of the current system.

These exist alongside spaces such as Kader Attia’s La Colonie, a three-floor space on rue LaFayette, one of Paris’s main arteries in the hot grubby centre that orbits the Gare du Nord. La Colonie is a space which addresses France’s postcolonial past through cultural programming in a careful but tenacious way in the wake of Paris-based exhibitions over the last decade that are entitled things such as “100% Africa”, or that encompass a century of Congolese art in one show. Category-defying Kadist in the foothills of Montmartre is an important space for art and its social implications, while events such as Paris Gallery Weekend—which kicks off officially on Saturday—and Paris Internationale are working hard to build solidarity among the city’s commercial spaces. This is all without mentioning the veritable abundance of forward-thinking art centres and institutions which exist just beyond the borders of the city, the presence of which merits another piece altogether.

“The Parisian scene remains very much about context,” says Rigoulet, “people never buy when we put on shows here in the studio, but we do sell work when we exhibit in other galleries or at art fairs.” And so while the exact shape of these new experimental spaces’ future remains open, Rigoulet hopes that the various forms Exo Exo takes might one day be able to define a new economic model that serves both the artists they platform and the communities that they inhabit. Surely if something to this effect is established in Paris, the city might finally shake its stuffy image and find itself once again at the head of something exciting.

26 and 27 May at various locations in Paris 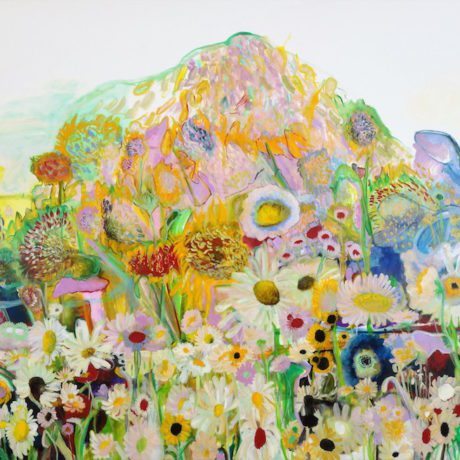