We’re certainly not averse to celebrating all things stylistically ludicrous and straightforwardly sexy, but for rounding off a year of what can only be described a political shit show, sometimes you need to get away from the fluffy conceptual chitchat; which is exactly what Point.51 does. The quarterly publication avoids describing itself as a  “news magazine” per se—it simply can’t be, since the news cycle is so rapid—but it also takes the “slow journalism” approach of covering current affairs through long-form writing and photo essays brought to life beautifully, often as full-colour double-spreads.

The name Point.51 is taken from the geographical meeting point in degrees of latitude between Britain and continental Europe in the English Channel. Now on its second issue, Point.51’s editors Rob Pinney and James Graham describe it as sitting somewhere between “non-fiction narrative journalism book and a quarterly magazine”; aiming to offer readers “the same depth of reportage as a book, but in a more accessible format.”

The mag’s debut took the theme Journey, looking at the travels of asylum seekers alongside stories from those of people living in the places “caught up in the largest mass movement of people to and across Europe since World War II,” as Point.51’s founders put it. the people it speaks with and documents include those who migrate from Cuba to Serbia as they find the barriers of entry to the US increasingly impossible; as well as those facing challenges since the reintroduction of border checks following the Paris Attacks and how the residents of La Roya in Corsica responded when thousands of asylum seekers suddenly arrived in their usually quiet valley region. Judgement is refreshingly eschewed in the reportage, offering explanation and a chance for otherwise marginalized voices to be heard. 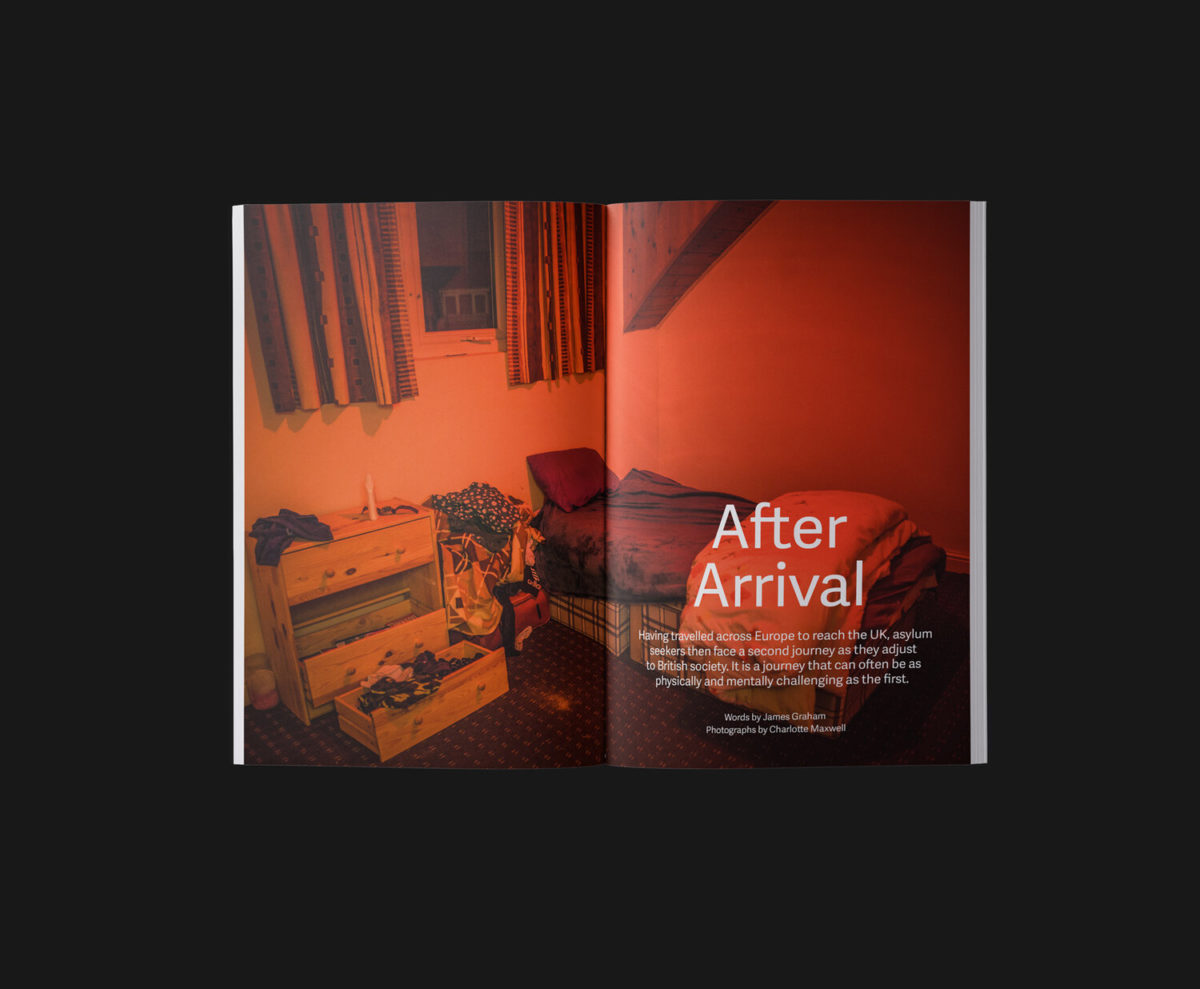 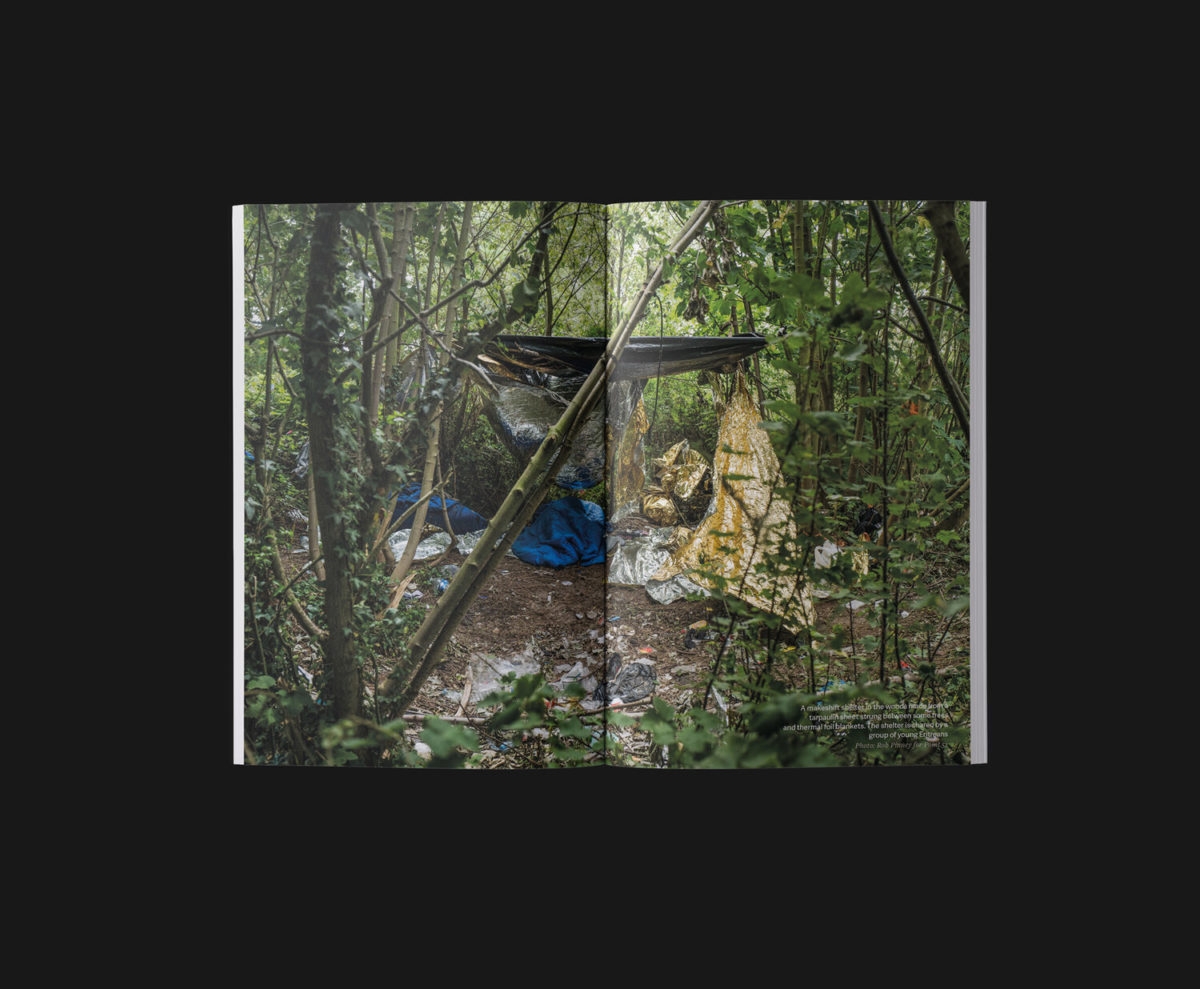 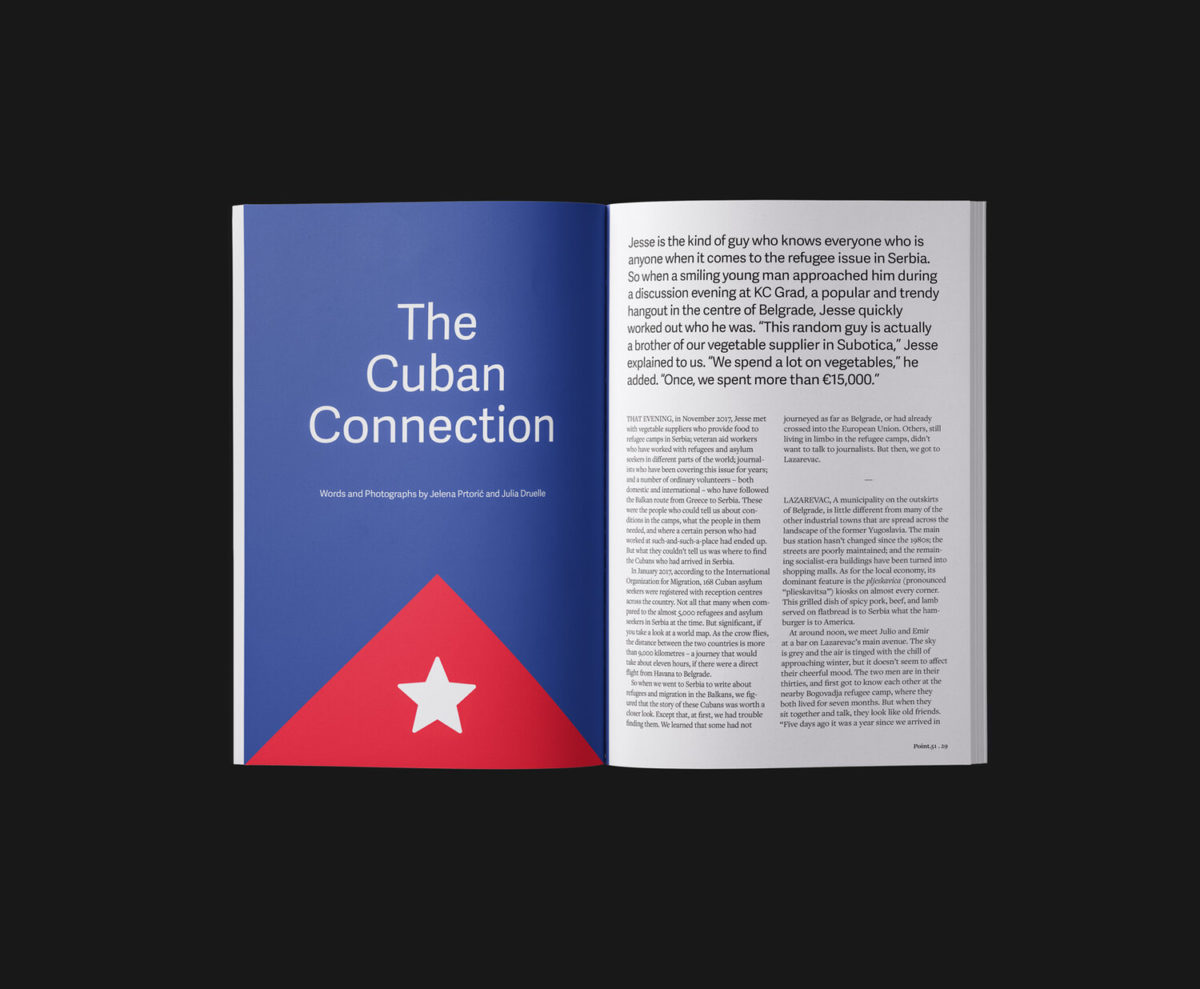 “How did the UK get to where it is today, and what happens next?”

The second issue of Point.51, which launched last month, focuses on an subject we’re mostly weary or despairing at: Britain. Here, it is cast in a new light, with the editors asking, “How did the UK get to where it is today, and what happens next?” Where publishers can often (quite fairly) be accused of being London-centric, Point.51 certainly can’t. Among the features in issue two are stories from Edinburgh, Port Talbot in Wales and Belfast in Northern Ireland. Long-form features, packing in more than 8,000 words, narrate the stories of people we often don’t get to hear from, giving a greater understanding of the events that led up to the Brexit vote. It also tackles the deeper issues that could be seen to have led to “the profound identity crisis the UK is now experiencing, and which has proven so baffling to many Europeans,” says co-editor Rob Pinney.

The issue also looks at the broader reaching effects of Brexit, such as its impact on climate change. It looks at current Goldsmiths student Daze Aghaji, who would be the youngest sitting MEP, if elected as one of the nine Climate Emergency Independents, at just nineteen years-old. Her take on the Big B is unusual, and thus fascinating: as she puts it, “Even if we solve Brexit, we’re still going to be living on a dying planet.” Others featured range from those with careers in finance, theatre and anthropology, as well as an ’80s DJ among them. These are the sort of stories we don’t hear elsewhere in the deluge of coverage of groups like Extinction Rebellion. 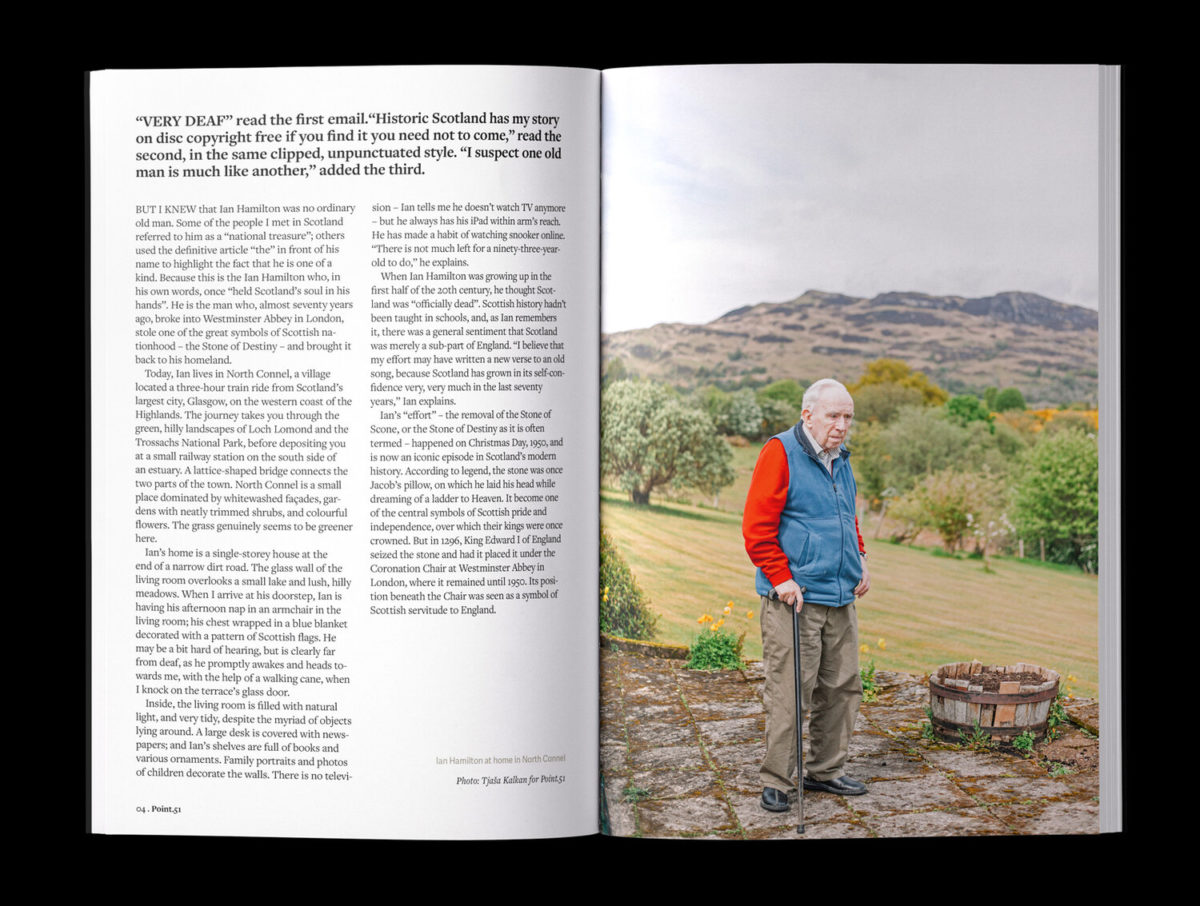 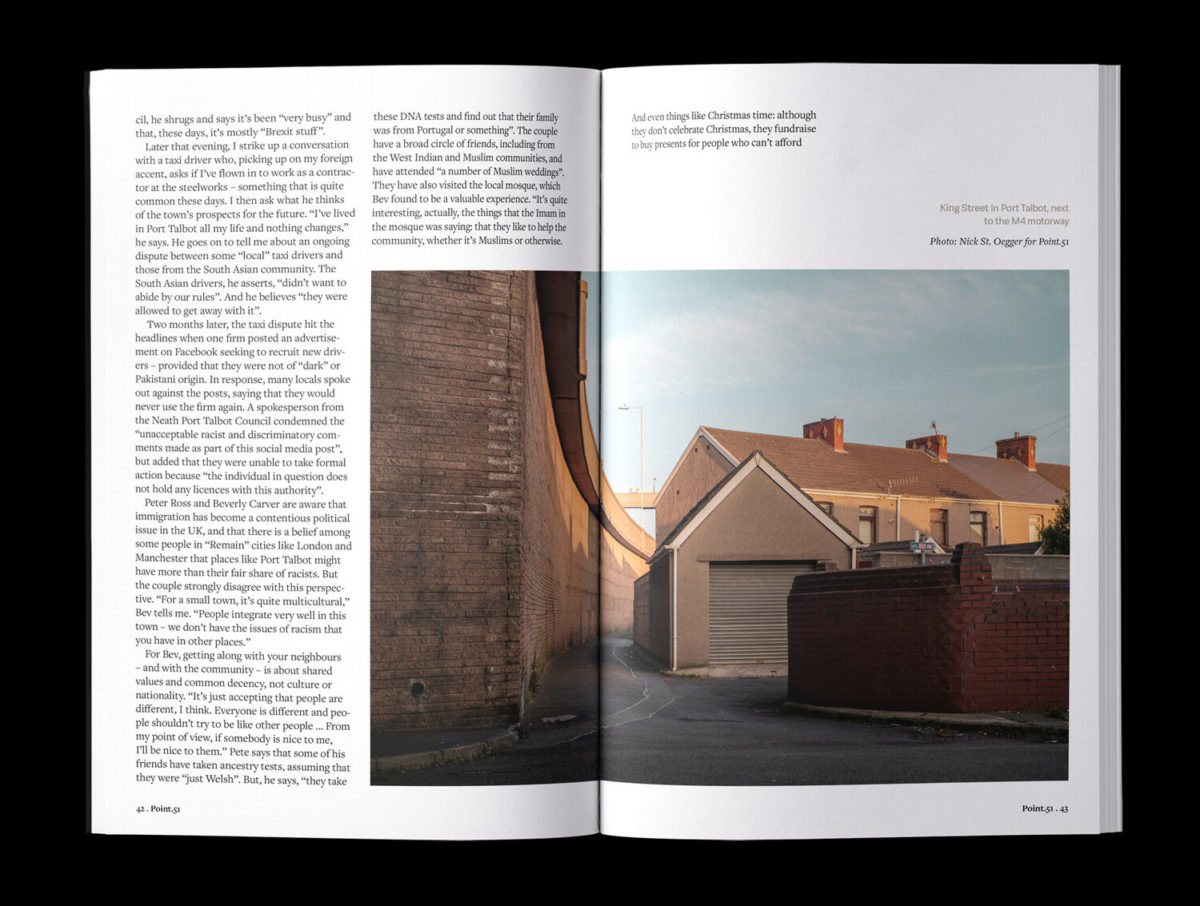 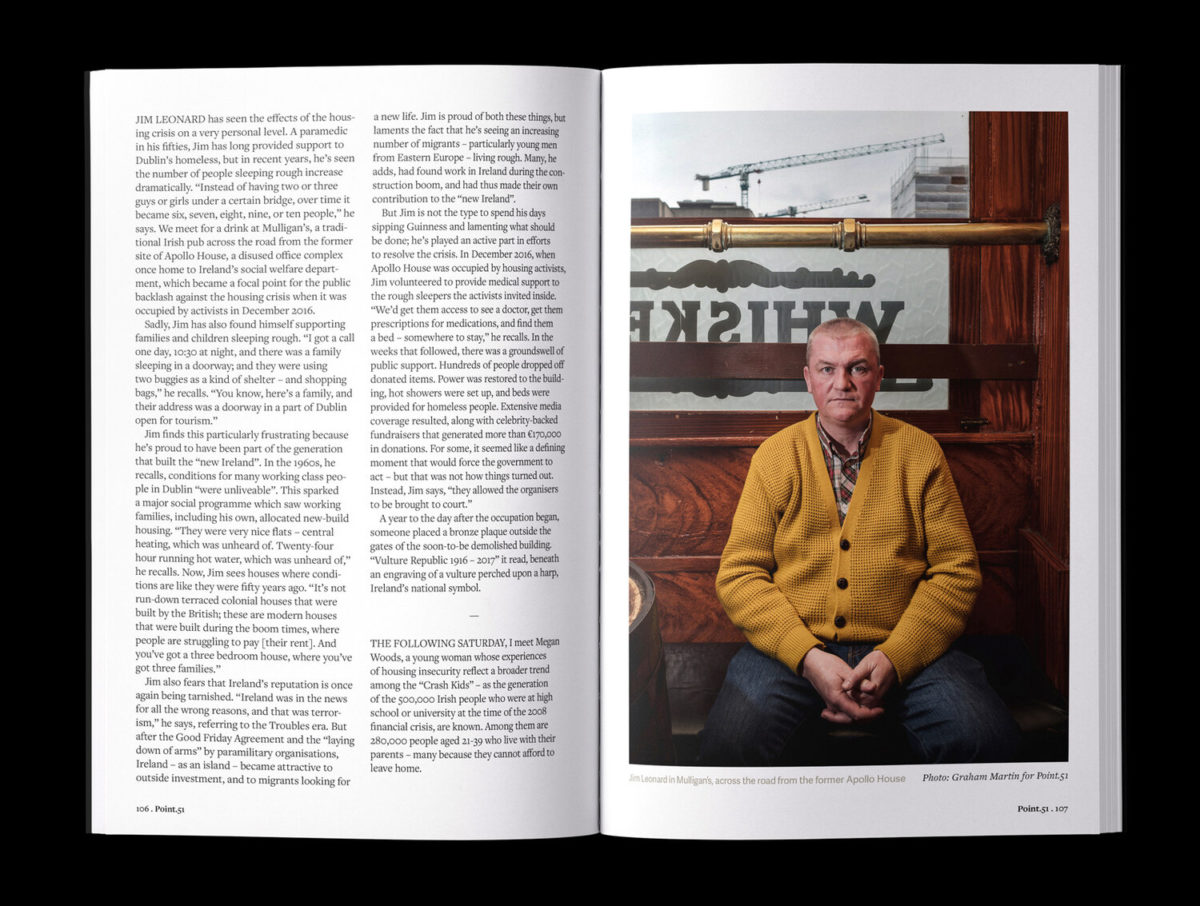 As Pinney points out, while there’s been a “a real resurgence of interest in independent magazines; relatively few are engaging with important social and political issues in a substantive way.” His ambition is to fill the gap for a European “clear and considered print magazine that cuts across national barriers and cultures to deliver a nuanced and thoughtful view on the most important issues across the continent—inside and outside the EU.” There are also very few publications, both indie and not, that deal with such issues in a balanced way that simply present, rather than look to persuade or either talk down to readers, or academicize matters to the point of obfuscating them. 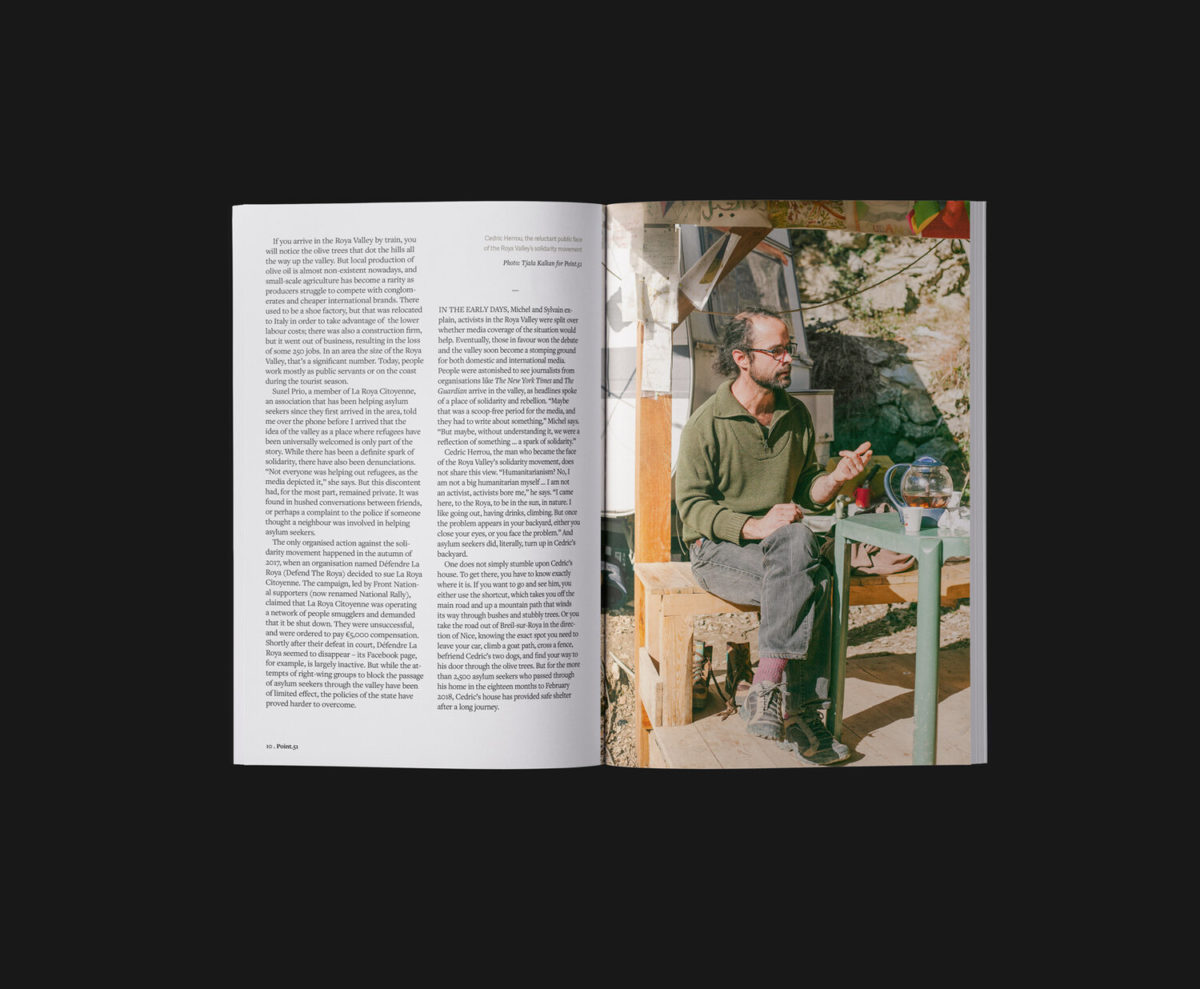 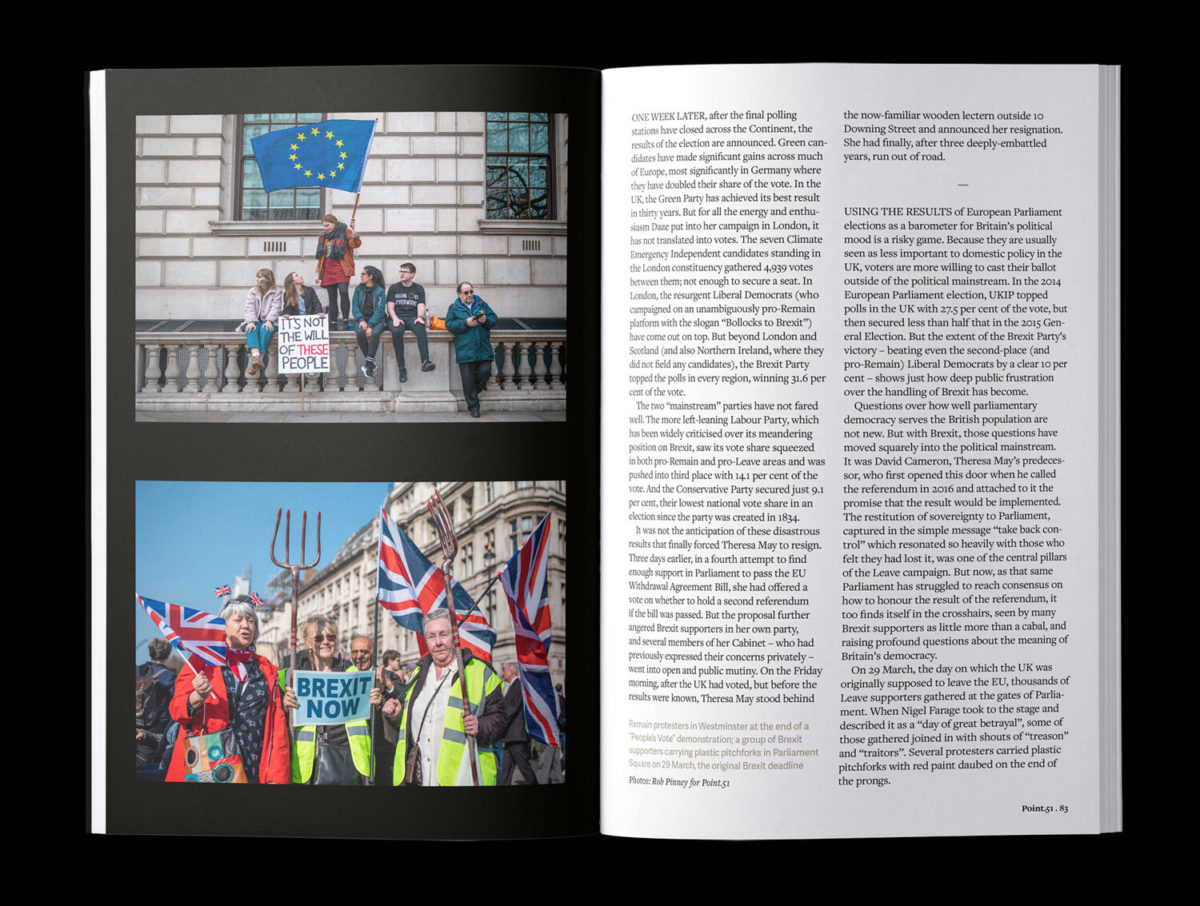 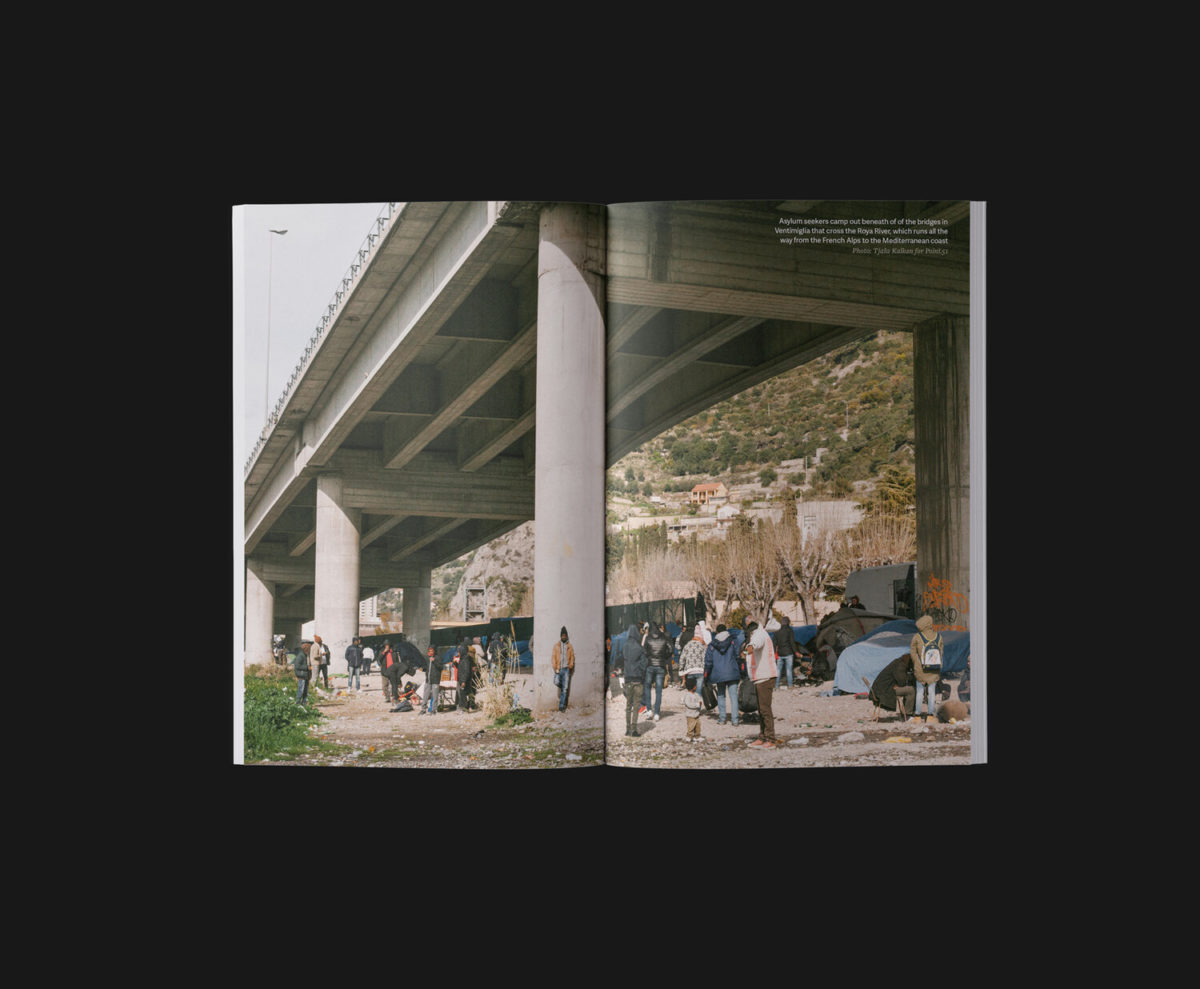 The design approach is pretty simple, using straightforward sans serif type, a single block colour and photo on each cover, and type set in a clear, consistent visual language alongside an emphasis on previously unseen commissioned photography. However, this feels like the right approach: Point.51 covers complex issues, and thoroughly. Its pared-back aesthetic makes thorny issues, explained in a way that prioritises fairness, balance and genuinely listening to voices that go unheard clear, legible and ultimately fascinating. 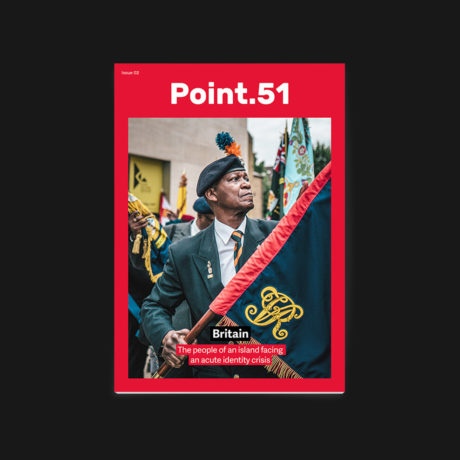