There is something deeply ironic about reading a massive hardback book that discusses art in the age of the internet. As I lugged this enormous text from home to office, the sheer weight and presence of these essays, conversations and critiques served as a stark reminder that the way we all digest information has changed dramatically in the past few decades (reaching warp speed in recent years) with the printed word becoming secondary to digital dissemination.

This substantial text has been published to coincide with a major exhibition of the same name at The Institute of Contemporary Art, Boston, where works by sixty artists, collaborators and collectives span everything from sculpture, video and photography to painting and web-based media. As such, the preface goes to great pains to explain that the premise of this investigation is not a study of internet art (or digital art, net.art, post-internet or any other semantic simile) but a wider look at the impact of the internet on art production and communication.

Chief Curator Eva Respini’s opening essay does a fine job at foregrounding the birth of digital and technologically-based art and culture, famously coined as the “electronic superhighway” by Naim June Paik in 1974. She also situates the growth of internet-based activity through sociopolitical events such as concerns around “net neutrality” in the US and the role of social media during the Arab Spring, as well as name-checking projects such as thewayblackmachine.net, an ongoing installation that includes a feed of images linked to searches, posts and memes surrounding the killings of Michael Brown, Trayvon Martin and Eric Garner and the mission of Black Lives Matter.

Her argument also conflates ideas around identity, attribution and the dissemination of imagery online, issues which—as a journalist and editor—are a near constant concern. The work of Hito Steyerl and Taryn Simon serve as benchmarks for concise and often interactive works of art that encourage viewers to question the ways we interpret and decode online imagery, and Cory Arcangel’s hacked versions of Nintendo cartridges are a fittingly familiar (and decidedly clever) interpretation of our nostalgic appreciation of outmoded technologies.

As might be expected from a book based on an expansive, thematic exhibition, the parameters of these essays are often slightly overwhelming. Bounding through the ethical considerations of “hybrid bodies” and what it actually means to be human is such an intense and fraught topic that it could be an entire separate volume, but it doesn’t make the depictions of Cao Fei’s Second Life dreamscapes or Frank Benson’s three-dimensional sculpture of Juliana Huxtable any less compelling.

However, one rather jarring question remains in the way these images are presented, in print. There are plenty of works that are designed to be experienced IRL (Nam June Paik’s sculptures, for example, seem to transcend time and are always wondrous to look at) and “installation shots” are a format that most of us are used to, but the fact remains that there are plenty of references to art that is designed to be seen on screen, and conceptualized in a digital realm, or only brought into existence when a user interacts with the interface.

One can make the argument that presenting images of works of art is just par for the course, a form of information dissemination that has been around for generations. However, the real stumbling block here is the considerable critical analysis of various exhibitions that are deemed to have “failed” at presenting digital and web-based art, without addressing the mimicry found in the printed form. For example, several references to Documenta X show how institutional thinking invariably lags behind the rapidly changing landscape of online communication.

In this case, the entire exhibition was offered in an online format, but once the live event had closed the site was immobilized, packaged in a CD-ROM and put on sale (it was subsequently cloned and put back online under the title Documenta Done, by Vuk Ćosić). This commercialization of the internet is met with derision, but isn’t there something equally problematic about packaging these arguments in a £50 compendium that wouldn’t fit in most people’s hand luggage?

This blinkered analysis, combined with obtuse references to long, arduous URLs (who prints https:// anymore?) makes this book seem strangely didactic and in near constant danger of becoming outdated. Of course, these are issues that the printed form will always face, but I can’t help but feel that a greater alignment with this particular exhibition would be a full-on experimental approach to online book-creation. As it happens, there is an interactive, comprehensive website dedicated to the show, where users can browse art timelines under various themes, search a comprehensive list of works and partake in on-site gallery surveillance. There’s no signs of these essays though, and I wonder, will they ever appear on this site? I guess I’ll have to Google it.

Art in the Age of the Internet

Out now with Yale University Press 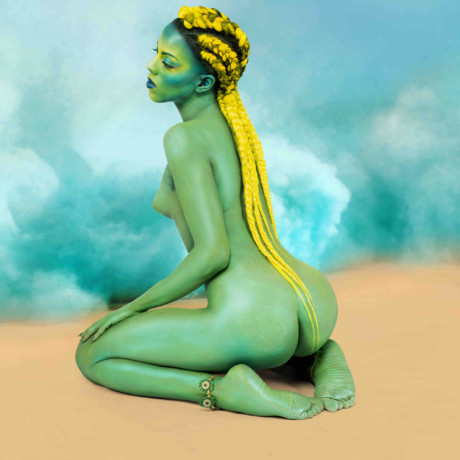