What links the microbes in cheese to communications technology? Might non-lethal weapons developed for riot police help protect grazing animals from predators? How do we think about agriculture as war rages?

As one of three international selectors for the Vasseur BALTIC Artists’ Award, Berlin-based artist Hito Steyerl nominated Fernando García-Dory, who works with the INLAND collective at various rural locations in Spain. Asserting the cultural within the agricultural, INLAND collective’s work extends to shepherding and cheese making as well as education and exhibitions.

At first glance, García-Dory’s interest in the politics of land use seems far removed from Steyerl’s own work, which in recent years has explored artificial intelligences and military robotics. But there are surprising areas of intersection, as the two artists reveal in conversation.

Fernando García-Dory: Hito and I first met at Creative Time in New York in 2012, 10 years ago.

Hito Steyerl: Then we met again at the Athens Biennial maybe a year later, a very memorable experience. That was when Tania Bruguera was there, and Geof Oppenheimer. They had emptied the former Stock Exchange: they had zero budget, it was really wild, one of the most fun biennials I have ever been to, but against the very stark background of austerity.

F G-D: Lately Hito visited INLAND Village and we looked at the mountains where we started the shepherd school. Since then a collaboration has taken shape.

HS: I made a film partly about them. There is one member of the INLAND collective who’s up in the mountains as a shepherd (he has goats mainly) and he’s also a so-called ‘Rural influencer’. He has his own YouTube channel where he rants and preaches about life in the countryside, and the problem of wool, bureaucracy, over-conservation, all sorts of different things which affect his daily life. He is a super-fascinating character, and he makes cheese. I grew up near the mountains, so this landscape is very familiar to me. The village is very similar in terms of plants, also the husbandry: the pastoral landscape. 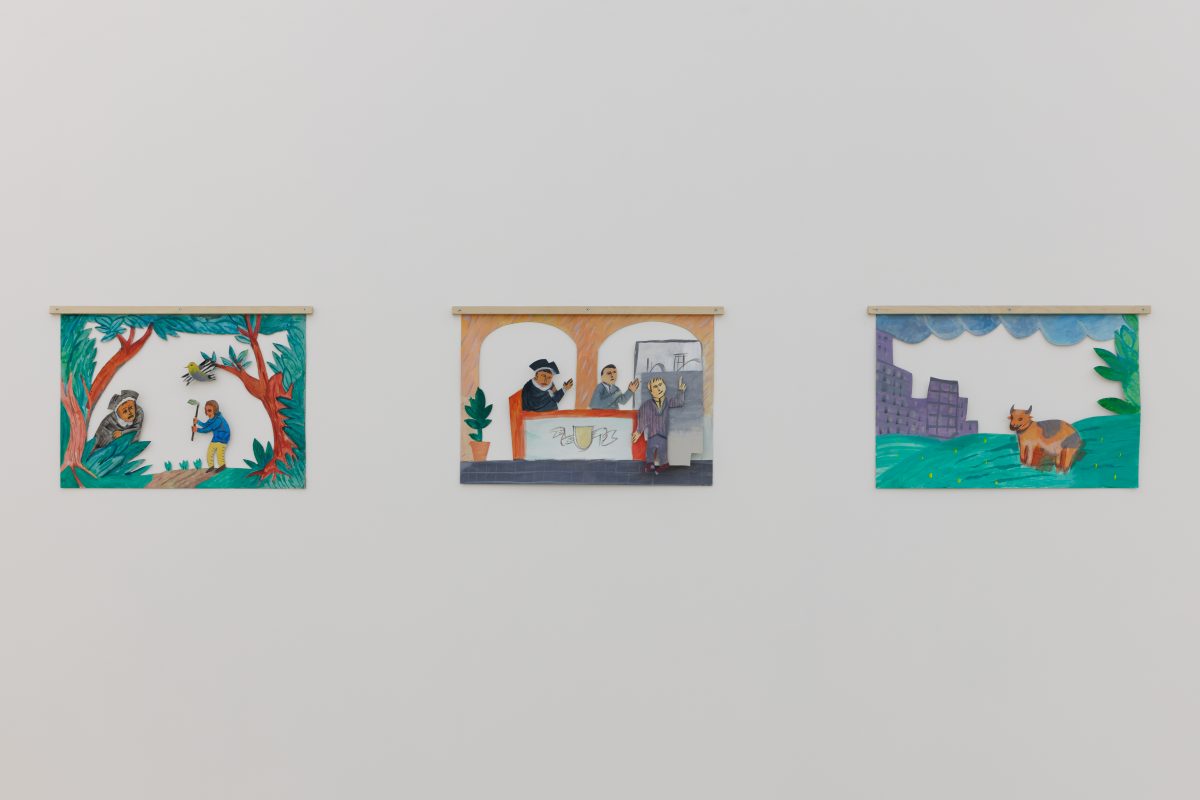 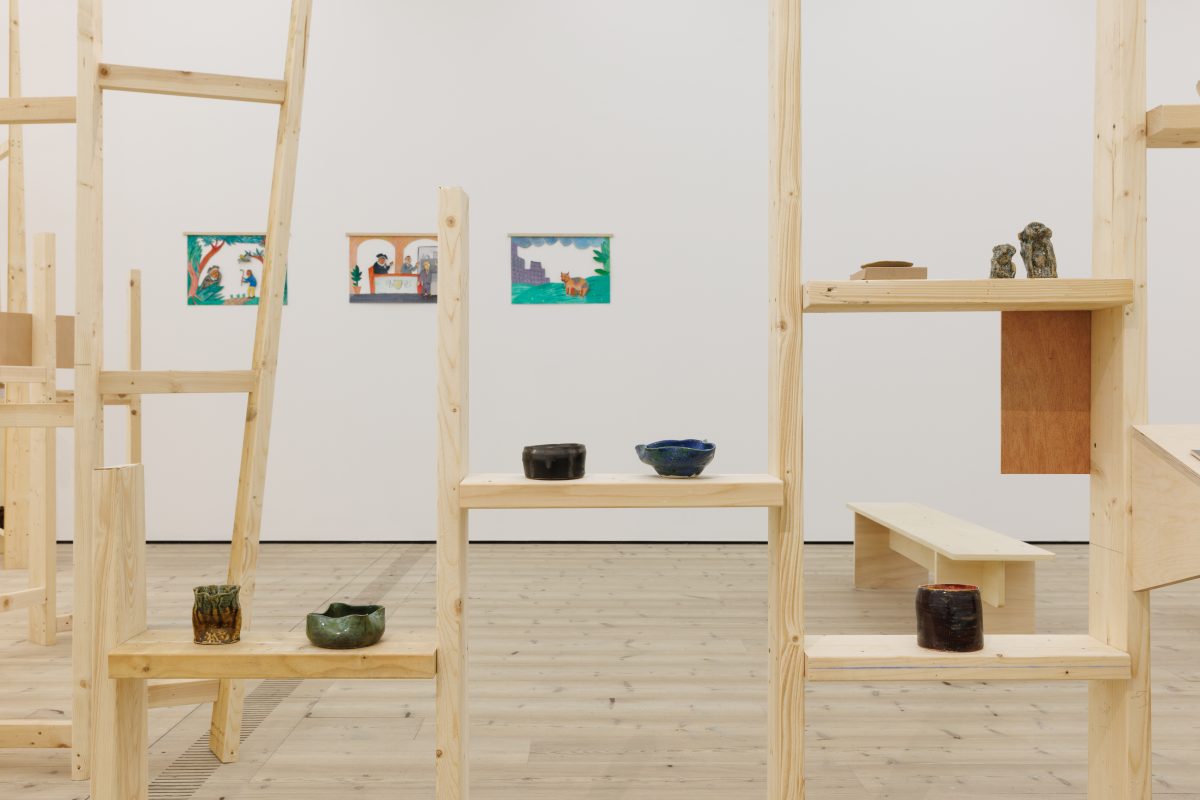 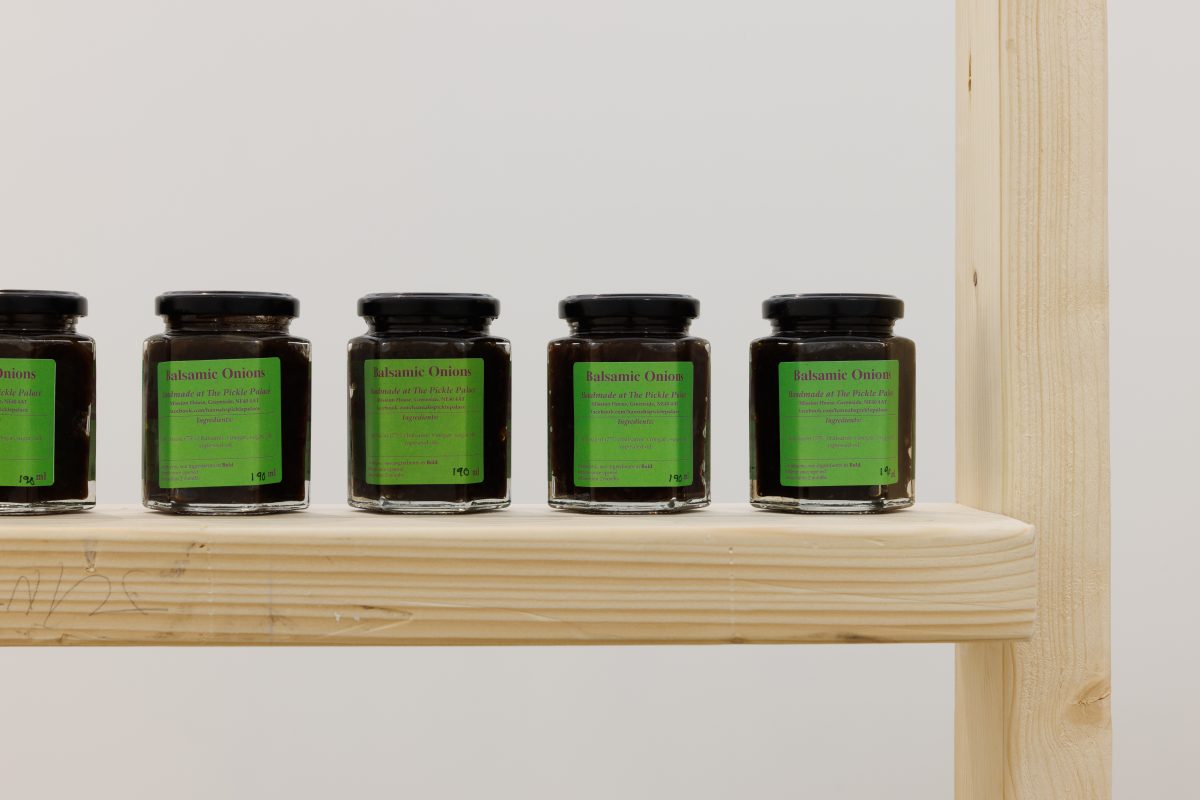 F G-D: When I tell people that we’re developing a project with Hito, they say “But what does the work of Hito have to do with INLAND?” But we share many ideas and views on things. I think we also come from a shared, or similar, generational way of understanding political engagement.

HS: When I was going into the biology of cheese-making, bacterial fermentation and so on, I started to call it the ‘Internet of stink’. Because all these entities (the fungi, mould, bacteria, all these strange creatures) communicate via smell. The thing we perceive as stinky is a sort of language or biological form of exchange. So in a way, some aspects of technology (exchange and communication) are related to the world of microbiology. What’s also interesting with INLAND is that they’re not opposed to technology.

“We started to work with a ‘bionic sheep’, a system that would repel wolves through the emission of ultrasounds based on the sheep’s heartbeat if it got frightened”

F G-D: The idea of the rural as this pastoral, idyllic place is something we want to question. We think it’s also a space to face different frictions: frictions of technology and society, or around land use. Camouflage and mirroring is something I’ve been looking at.

In 2005, for example, we started to work with a ‘bionic sheep’, a system that would repel wolves through the emission of ultrasounds based on the sheep’s heartbeat if it got frightened. [The technology was based on] a non-lethal weapon used by the riot police to control mobs. It was an idea of how to overcome this dichotomy between killing the wolves killing the sheep, and the very urban view of conservation, in which ‘nature’ is something to visit at the weekends.

We’ve started to dig into the different ideologies in these city/countryside dynamics, which I think is crucial to understand the global political scene as well: even Brexit. How to really understand and engage with this from a progressive point of view?

HS: The idea of the ‘after war’ has become quite prominent. I have realised after more than 20 years of almost constant warfare, not very far from here, that it has become futile to wait for the end of it. The post-war has to grow more or less within the war.

It’s very interesting to see how this has happened, for example, in the countries of the former Yugoslavia where the end of the war formed a renewal of some ancient technologies and so on. We can learn from these territories how things regrow in conditions that are already ‘after modernity’: where modernity has been shattered. I don’t think there’s time to wait any longer. The regrowing has to happen now.

F G-D: I’ve worked with a community in Gwangju in Korea, and it felt like home. I have worked with the nomadic peoples, and different communities and tribes around the world. In 2003, I started to work with indigenous peoples in Amazonia. I think growing up in the countryside creates a sort of a peer-to-peer relationship: there is a universal rural culture to understand. In the case of Newcastle it’s also talking about the city: the case of Town Moor resonates with a big park in Madrid where we graze sheep. There are always similarities.

“After more than 20 years of almost constant warfare, it has become futile to wait for the end of it. The post-war has to grow more or less within the war”

I’ve looked at Town Moor for BALTIC. It’s 960 acres of land in the middle of Newcastle that’s been kept as grazing land since the Middle Ages. The traders and guilds of makers (the company of Freemen) were granted this land as a commons by the Crown. The Freemen still take their positions and heraldries very seriously. I found many associations [with INLAND’s work in Spain] around the frictions of land use at Town Moor: for example, between the cyclists, the people who stroll with their dogs, and the ornithologists that want the land to be more rewilded. Town Moor is a good case study to look at different visions for the future of land.

We spent a big part of the production budget buying products from different makers in the city. The project ended up imagining a possible future guild in which these associations (the pickle makers, the beekeepers and others) also use ritualistic forms of recognition. We made garments, banners, and other regalia for those other possible future guilds that would be in dialogue with the companies of the Freemen, and open the governance of the commons. The INLAND Academy will also come here for a few days. Part of the work hasn’t arrived: the banners and a huge quilt with an aerial view of Town Moor got stuck in customs because they thought it was military material.

HS: I think now with gentrification, supply chain problems, also potentially food shortages, depending on who you are and how much money you have, some sort of move back to uncertain territories that are neither completely rural nor urban, is going to happen. Unevenly of course, but will happen: differently in different places. So, we need ways of trying to think through these new forms, which are not outside city and outside culture, but hybrids of agriculture and urban life.

Hettie Judah is a freelance writer, art critic and journalist