In 1990, ecosexual, former “prostitute-performance artist” Annie Sprinkle staged a performance entitled Post–Porn Modernism at The Kitchen in New York. Spectators stood in line waiting to shine a flashlight through the speculum she had inserted into her vagina, what Sprinkle called a ‘Public Cervix Announcement’. With hand-drawn diagrams of anatomical body parts, the show was part awkward burlesque, part parodic sex education demonstration.

“Is there any room for agency in pornographic production and representation?”

But Srinivasan is still sceptical. She writes: “why does the fem gay man or Black woman need to watch someone who looks like them be bent over and fucked to know that they, in their femness or Blackness, are desirable?” This is undoubtedly true. But in watching someone who looks like them getting bent over and fucked, is there not a glimpse of agency in changing the affective script, to return the gaze, to refuse what we have been taught about hierarchised regimes of desire?

For those who are so readily subject to the violent racialising and gendering politics of desire, is there any room for agency in pornographic production and representation? Is there space to refuse the demands of such violent legibility?

In her book A Taste for Brown Sugar: Black Women in Pornography, Mireille Miller-Young explores how Black women producers and consumers of pornography have sought pleasure, subjectivity, and agency in pornographic representations, where they can intervene in the circulation of their representation from within, against ongoing histories of enslavement and colonialism.

Research like this is important in remaining conscious of what Srinivasan herself calls the “necessities of negotiation under oppression”. Miller-Young (associate professor of feminist studies at the University of California) raises a similar question: “I have been asked if Black women pornographers really flip the script on objectification and exploitation, or if they are simply complicit in reproducing bad stereotypes?”

Srinivasan warns against mistaking shifting modes of exploitation for what she terms “signs of emancipation.” However, that we might not be able to delineate such a clear-cut line between the two is perhaps porn’s most productive problem for feminist thought.

Come As Softly is a book column dealing with intimacy, desire and sex

Amia Srinivasan, The Right to Sex 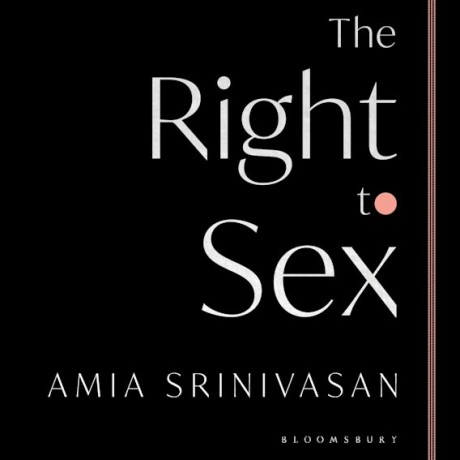