Can you use a super sticky magical ball to collect everything from saucepans to mountains, build up your mass to a point that you can reignite the stars, and restore balance to the cosmos which was inadvertently destroyed by your regal father? This madcap question forms the narrative of Katamari Damacy, an indie video game released by Namco in 2004. It garnered such a cult following that it was remastered and re-released on Microsoft and Nintendo Switch in 2018, and has been heralded as a form of “liquid anti-cynicism”.

It is true that the appeal of Katamari stems from its child-like sensibility. The highly stylized graphics are not unlike a kid’s cartoon, with the landscape of the various worlds resembling a strange enmeshing of Toy Story and Supermarket Sweep. All sense of scale and realism are thrown aside as you haphazardly roll around trying to ensnare objects of increasing size. You might encounter a bodybuilder astride a crocodile, a guitar band riding an elephant, or a supersized alien flying through the sky.

The joyous naivety of the artwork and its subject matter, coupled with an unfathomably optimistic soundtrack that includes the refrain “don’t worry, do your best!”, makes Katamari highly addictive. However, there is also something sinister lurking within the narrative. Sentient objects run in panic as you approach, shrieking upon capture, suggesting that being rolled up in a gigantic ball isn’t fun at all. To add, while the timer counts down to either triumph or oblivion, your dad-king occasionally appears to remind you of your failings. If you do indeed flop, he will reprimand you tirelessly while pelting you with a rainstorm, all the while forgetting that this entire situation was his fault to begin with.

“Most days, many of us feel as if we are smashing around aimlessly, with no clear idea of how we can move forward”

There is something Sisyphean in the absurdity of Katamari that reflects various contemporary anxieties. As you push your little ball around in an attempt to complete a herculean planetary clean-up operation, all in aid of your father, it’s hard not to see the comparison between the current climate crisis and the prevailing attitude of many a dismissive boomer. Moreover, the notion of “millennial burnout” is reflected in the deadly moment when your Katamari ball becomes stuck between two objects that are as yet too large to ensnare. While you desperately push forward, various items are flung away until you are diminished to a size small enough to continue—and you must begin your hard work all over again.

This abject frustration is well-known by many, whether it be at work, in social standing, or perhaps family expectations. Most days, many of us feel as if we are smashing around aimlessly, in an incoherent mass of accumulation and destruction, with no clear idea of how we can move forward. Katamari is the adorable, surreal construction of these woes. It allows us to channel our worries into a chaotic adventure, which might just allow us save the world after all. 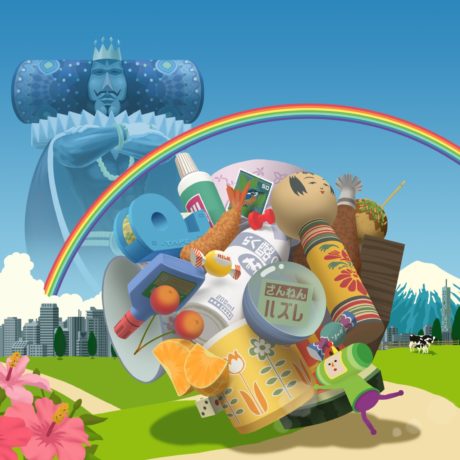