Thomas Ruff’s Jpeg series is firmly rooted in the twenty-first century. One of the most iconic works from the series takes a famous photograph from 9/11 as its starting point. This image, taken from the web, is enlarged to the point of distortion, each pixel becoming a fuzzy block of colour, creating an image that appears to be half loaded, containing highly recognizable imagery from an event that is deeply rooted in the contemporary conscious and throwing a semi-opaque veil over it. We see the two peaks of the towers, the billowing smoke; there can be no mistake about what we’re looking at. Yet we are looking from afar, and the detail is foggy.

The image in question, jpegny01, with its decidedly unemotive title, is from 2004, and the series was completed in full in 2007. It harks back to the recent past, to the Bush era and the turn of the twenty-first century, and it is an ongoing reminder of the political, cultural and digital movements that sprang from this; cloudy news, accelerated distribution of images, warping of fact. Within the series there are also images of nature, mixed jarringly with images of war and destruction.

Although the subject matter is unavoidably political, Ruff’s interest in the image stops this series from coming off as a message-based work. It’s much more about the way in which images are changing than it is a comment on any one event. As he tells Gemma Padley in Issue 30, “I can’t explain the whole world. I’m just a heterosexual German male who is watching the world, and this is a very limited view. I don’t want to be an explorer or an enlightener. I don’t want to tell people how they should live. [And] I don’t insist on my view of my work. It’s a proposition.” As a proposition, it’s a resolutely powerful one.

Until 21 January 2018 at Whitechapel Gallery, London 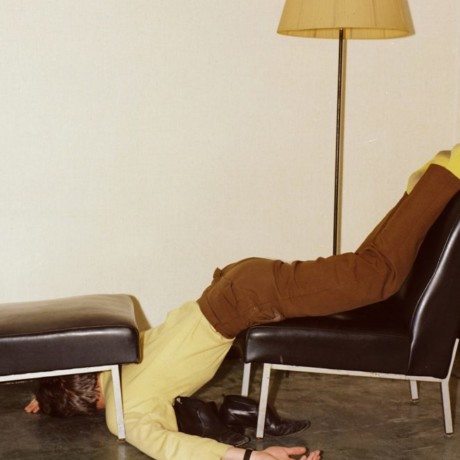