In the last few years, there has been an unprecedented escalation of interest in the work of Toshio Saeki outside Japan, fuelling big solo exhibitions in San Francisco, Toronto, New York, London and Tel Aviv and the publication of a collection of previously unseen print works (Onikage: The Art of Toshio Saeki, 2010, Last Gasp) and the first volume of a five-part collection of his works in France (Rêve écarlate, 2015, Éditions Cornélius). Most of his output since the 70s has been for purposes other than gallery display (his work was used on the cover of John Lennon and Yoko Ono’s Sometime in New York City in 1972; Ono and her son Sean Lennon, also a fan, interviewed the artist in 2013), developing a cultish following that extends beyond the confines of the art world, lurking in a diaspora of other creative environments. Being a true artist of the underground, Saeki does not define his art by the spaces in which it is presented, but his fans will not be disappointed with new works that are to be shown in a gallery this winter and that see his inherent radicalism continuing to seep into the white cube.

According to Saeki, the impetus to make works for the gallery came after the tenacious owner paid a personal visit to his home in a remote Japanese mountain village. It’s an amusing parable that hints at the unusual and mysterious atmosphere that generally shrouds Saeki and which undoubtedly enables him to produce the work that he makes, free of influences, distant—a quality that is visible in the singularity of his work, and that is rare in our hyper-connected age. But the tale is perhaps not only the effect of one woman’s persuasive energy, but a sign of a spirit that is opening up to a receptive outside world: “The reactions from the western audience in these past five years or so have been amazing, much beyond what I have experienced, and it seems to be growing,” the artist writes to me in our emailed correspondence, conducted indirectly through a translator.

Despite Saeki’s influence in the underground scene (his first exhibition in the West was in Paris in 1970), his work has not received much critical investigation from the official bastions of the art world, either in Japan or abroad. This lack of attention is partly, of course, down to the distinctive content of Saeki’s work. He digs into the darkest depths of the subconscious, creating glaringly authentic Freudian nightmare scenarios.

“When I was a boy, I used to show my picture stories to my friends and read them out loud, and they seemed to enjoy it very much. And that’s what I still do now.”

Saeki’s work has elicited impassioned criticism over the decades—something I encountered in curating an exhibition of Saeki’s work in London in 2013, when the show had to be moved to a first-floor area, to keep it from the eyes of unsuspecting passers-by. The works were part of the Akai Hako print series from the 70s—some of Saeki’s less extreme work, as it so happens. Saeki has created many images that could safely be seen in public, but questions of morality have beleaguered his career. This reveals perhaps more about our society’s response to the inner turmoil of the individual—even when that turmoil is ultimately most painful to the individual himself—than it does about the art itself.

But a new chapter in the Saeki story opened 10 years ago when the artist began to work with agents in Tokyo, who were determined to tackle in a more head-on manner the problem of bringing his transgressive work out into the open. “It is very radical and contains many explicit expressions. Even if critics or other people in important positions liked it, perhaps it was hard for them to come out and say it. But we feel things are changing now, and that Saeki is starting to receive the attention that he deserves. As an example, we are just now beginning to discover Saeki’s huge popularity in China, which seems to have been going on for many years,” Saeki’s agents in Japan, who prefer to remain anonymous, tell me.

This context provides a valuable opportunity to examine Saeki’s work within a dialogue around Japanese art and the many questions that his works raise: the precariousness of human nature, poised between humour and sensitivity; how attitudes towards fetish, violence and gender are shaped in a global world no longer culturally determined by geography; the aestheticization of sexuality and brutality; the dissemination of underground culture and its interaction with the mainstream; the reductive dichotomy between tradition and progress.

“The films that my mother took me to as a child left a deep impression on me, and scenes from the films appear often in my work.”

Just as more mainstream public audiences might be better prepared to deal with extreme explicit content now, institutional presentations have simultaneously rekindled an appreciation of the technical achievements of Japanese printmaking. Saeki’s practice is a collaborative operation—each ink drawing is overlaid with vellum sheets, marked up with colours, before being passed on to a master printer—with a long Japanese artisanal heritage. To a foreign eye, the technical components of Saeki’s practice and his aesthetic—the interiors of the houses, the figures, their clothing, the ceremonies and demons he depicts—are synonymous with Japan. Thematically, though, Saeki does not see his work as part of a strictly Japanese canon or environment: “I do not deny the fact that just like an average Japanese person would, I grew up listening to Japanese folklore, but I feel that is not important in my work. What inspire me are the feelings of fear, uncertainty, anxiety or happiness that my sensitivities caught as a child or in my adolescence. This is for sure. I don’t know if this can be counted as traditional Japanese culture, but the films that my mother took me to as a child left a deep impression on me, and scenes from the films appear often in my work.”

With Saeki, it is still unclear how much his low visibility has to do with his personal decision to lead an analogue life and resist the masses, not letting many outsiders in. He lives practically incommunicado, with no internet, and no English; most contact must go through his agents in Tokyo, who have enabled more access to Saeki’s archive. They see Saeki’s way of living as a reason for his underexposure: “We think it has to do with his personality of being very modest and reserved, and not being materialistic. And at the same time, he has a very strong will to not compromise and to believe in his art. That is why he has chosen to live in the mountains now, away from everything. So people were curious about him, but had no access.”

There’s an impulse on seeing Saeki’s work to want to know more about the person who made them—and why. Presently, the best that can be offered is a very patchy portrait of a highly individual artist who finds beauty in the most unfathomable places. Hints of influences and inspirations are few and hard to come by: “When I was working in the advertising field in Osaka, I encountered the works by Tomi Ungerer. I felt something poisonous in his works and learned that beauty without poison is boring.”

The “poisonous beauty” in Saeki’s fearless gaze, revealing hidden parts of the self, is another distinctive trait in his work that suggests a paradoxical purity: “I always try to put into shape the domain that is hidden deep inside the heart that cannot be described by words. I want to wake up the sensibilities that are kept quiet and sleeping inside a person. As we grow older, we get used to things, but the sensitivities that you hold when you are young are pure, and it leads directly to being alive. I think that maybe people who support my works feel that and are attracted to that aspect. I wish for people who have never seen my work to encounter it, and to revive their wonderful sensitivities. When I was a boy, I used to show my picture stories to my friends and read them out loud, and they seemed to enjoy it very much. And that’s what I still do now.”

An often-overlooked element of Saeki’s work is its playfulness. This quality can be traced to his upbringing in Osaka, with its tradition of culture as a way of making people laugh, of humour as a part of everyday life—so different from Tokyo. A desire to please and to entertain, though it might not be the first thing you think of relation to Saeki’s output, is central to the work. Perhaps the “godfather of the underground” is more like us than it might appear. It is clear that there is still a lot to be discovered and learnt about the artist and his work—and more fun to be had along the way. Saeki seems ready now. But we’ll have to catch up with him first. “As for more details on the memories and fragments from my younger years… Well, that is another long story so I will get into that next time maybe.” 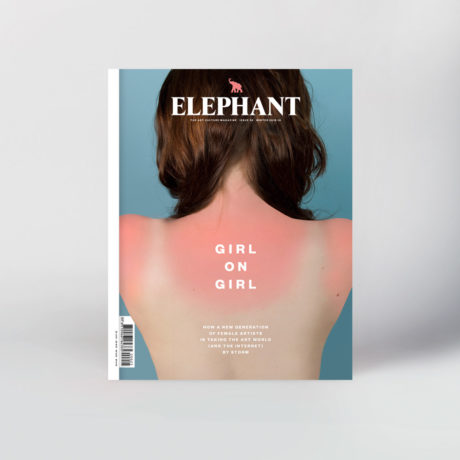