At a Venice Biennale where the national pavilions still reflect the power structures of 19th century Western imperialism, Stan Douglas has some words of warning. “Nations are fictions,” he tells the crowd at the opening of his Canadian pavilion exhibition at the 59th International Art Exhibition. “By representing the nation of Canada, I wanted to not represent the nation of Canada.”

Douglas’ pithiness echoes a roving, research-intensive practice which often crosses borders, eras and media. His exhibition, 2011 ≠ 1848, comprises four photographic compositions and a two-channel film, creating dialogue between the global political unrest which took place in both years. The images, enlarged in Canada’s main pavilion, transport the viewer from Canada to New York City, London and Tunis in the year 2011. Douglas maps the Occupy movement, the Vancouver and Hackney riots and the Arab Spring in minute yet raucous detail.

The video work, ISDN, is a rap battle exchange between London grime artists TrueMendous and Lady Sanity, and Mahraganat rappers Raptor and Youssef Joker from Cairo. It’s a stream of complementary cultures and shared emotions signalling a future forged by the children of 2011.

“When I witnessed the events of 2011, my intuition was that there was some connection between what I was seeing: a series of global disruptions, expressions of disquiet and frustrations at the lack of representation in the world at the status quo,” Douglas explains.

His mind turned to 1848, when revolutions across Europe ended the constitutional monarchy in France and led to the emergence of nation states. “Nations create an identity which is useful for certain utilities, but often has pernicious side effects,” he says. What links these periods? The post-Great Recession fallouts of 2011 were “merely policed and forgotten,” in the West, Douglas explains, while the Arab Spring largely led to increased repression or widespread regional destabilisation. And although the utopian populism of 1848 led to liberal reforms, 2011 paved the way for further economic austerity and the political ruptures of 2016.

“Nations create an identity which is useful for certain utilities, but often has pernicious side effects”

He extends the timeline further, pointing to the Black Lives Matter protests in 2020 as a rejection of policing practices, not just a reaction to ongoing structural racism. 2011 ≠ 1848 disrupts narratives which characterise protests by their criminality and disorderly nature, a tactic often used to neutralise their underlying causes and motivations.

“The authorities don’t know what they’re seeing, and would like it to be something that they can control,” Douglas says. “If they identify it as hooliganism, then they can justify policing it.” Instead, he sees these events as outpourings of pent-up socioeconomic frustration, borne from those in government neglecting the governed. “I want to frame all these things as being political events,” he says, unifying popular discontent across continents. 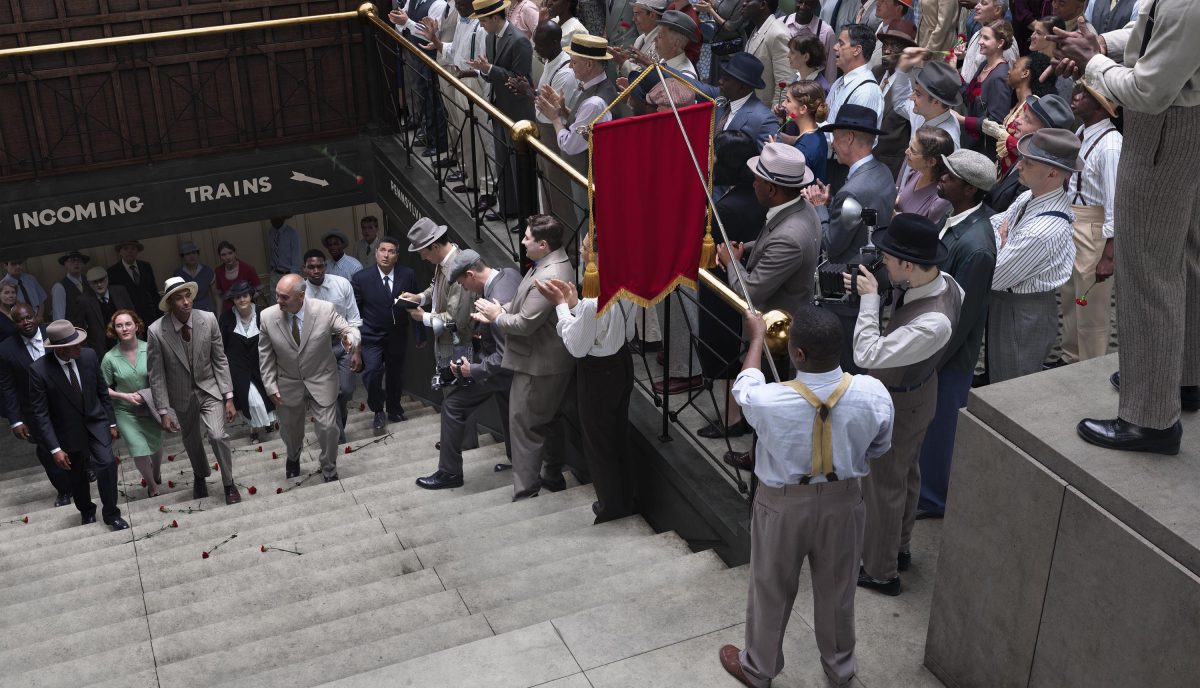 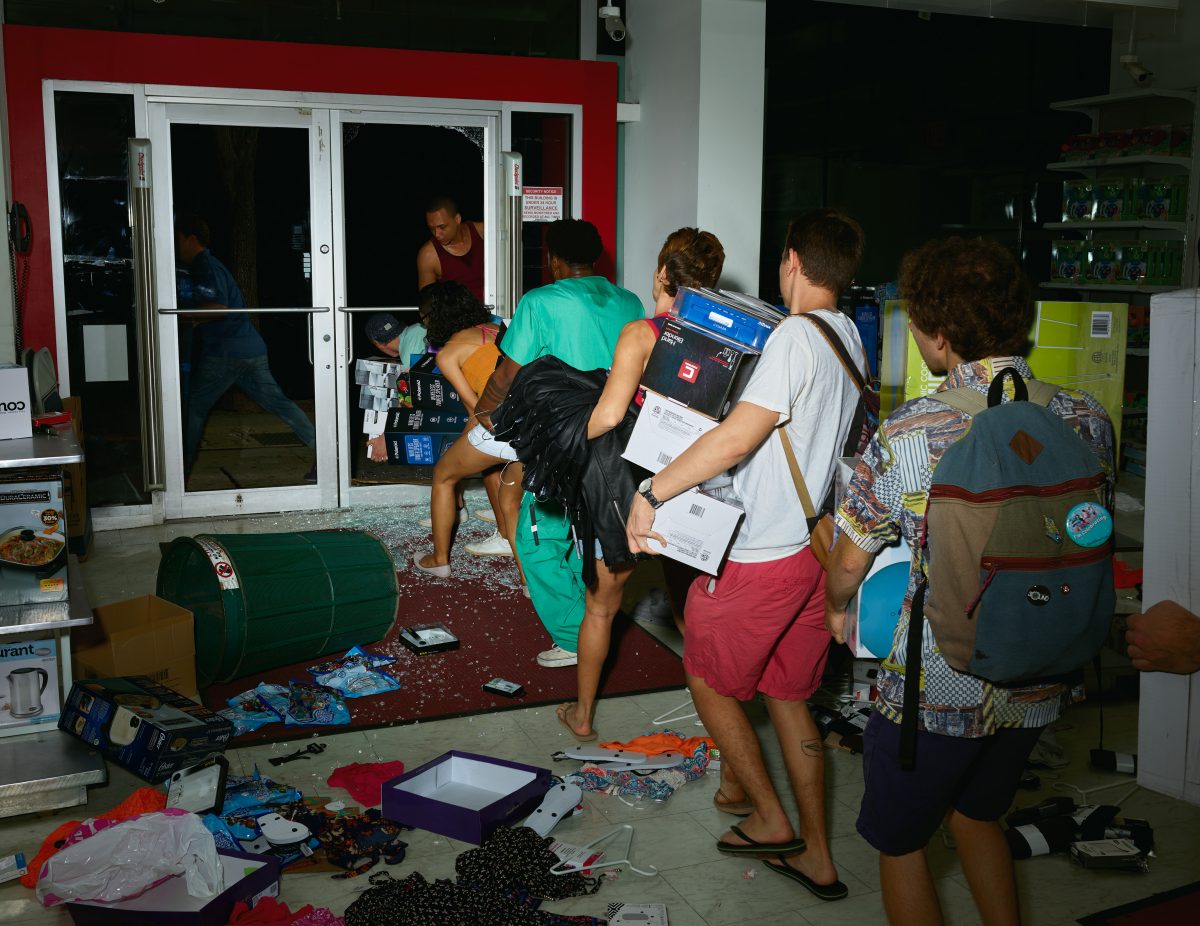 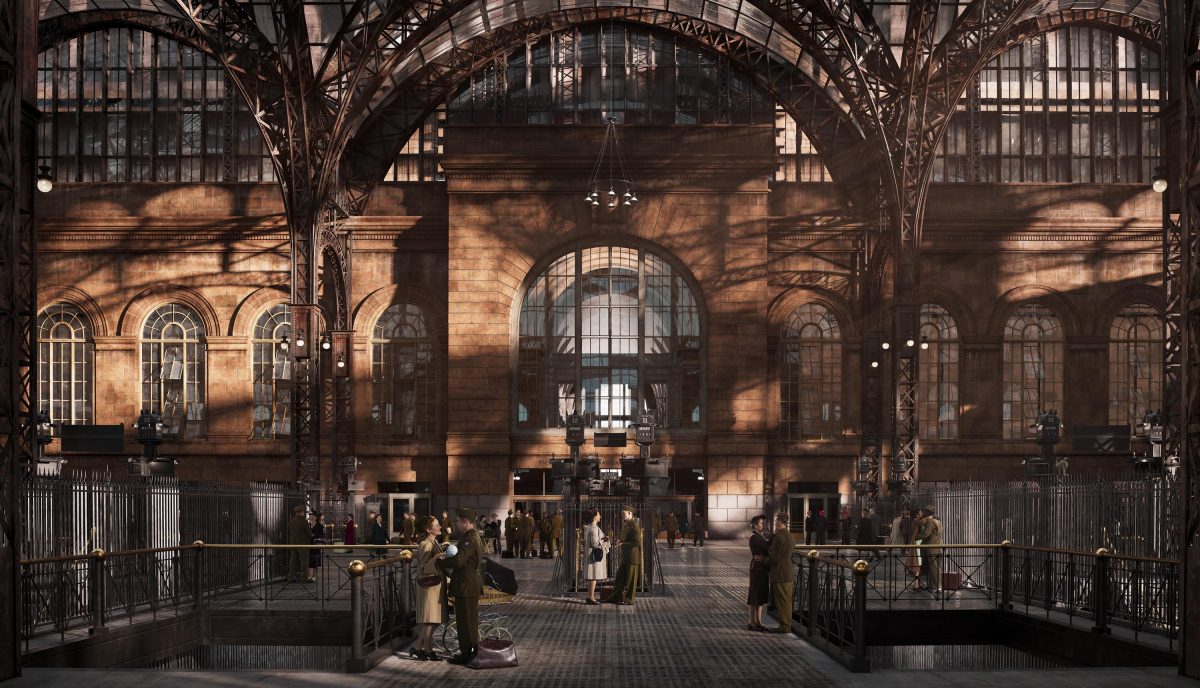 It’s a combination of documentary insight and imagination which Douglas has employed throughout his career. He reconstructed the 1971 Vancouver Gastown Riots in his 2008 Crowds and Riots series, the origin point for 2011 ≠ 1848. To celebrate 50 years of New York’s Penn station, he incorporated photographs, newspaper clippings and extras in period costume in his CGI renderings of the station at different points in its history. And his ongoing Blackout series imagines what would happen if New York City were to experience a full power outage, inspired by the 1977 blackout and the damage caused by Hurricane Sandy in 2012.

His Hackney image was created by combing through hours of aerial Sky News footage from the day and supplementing the gaps with a helicopter-mounted camera and archival fragments. The people visible in the shot are extras, whose costumes and movements are meticulously researched. Douglas also interviewed David Lammy, UK MP for Tottenham, and playwright Gillian Slovo, whose play The Riot provided a theatrical inquiry into events after the government initially refused to commission an official one.

When composing the image, “we had to de-gentrify the neighbourhood because a lot of things had happened since 2011,” Douglas tells me. In keeping with his focus on the austerity and community erosion that led to the unrest, he depicts the moment just before the police arrive. Like the Vancouver image of baying ice hockey fans alongside a burning car, he shows a celebratory, proto-anarchistic outpouring. “People enjoying turning the power relation upside down,” he says. “It was they, not the police, who controlled the streets.”

Where does this leave ideas of truth and narrative? Douglas reminds that there was no looting in the relevant Sky News footage, though it has become the lasting cultural memory of the period. “Truth isn’t necessarily authenticity, it’s hybrid,” Douglas says. “It may be an interpretation of history… and representing that forces you to take responsibility, which itself is ‘making’ history.”

Douglas’s longstanding interest in the relationship between social politics and musical subcultures (especially those of Black-origin like free jazz and techno) connects ISDN to these urban scenarios. Grime’s origins in east London pirate radio made the genre a natural fit for the Hackney images, while a combination of research and tip-offs led him to Raptor and Youssef Joker in Cairo, whose Arabic Mahraganat flows embed Hip Hop rhythms into local Shaabi traditions.

“Truth isn’t necessarily authenticity, it’s hybrid. It may be an interpretation of history”

“Both genres appeared in the suburban ends and housing projects in their cities,” Douglas explains. The Cairo artists engage in what Douglas calls “Blag-rap,” peacocking in the manner of tribal 1990s US Hip-Hop: “Your rap is weak, it’s trash. Too bad you’re part of this scene.” Douglas again emphasises the political dimension of social discourses. “They’re trying to talk about the politics of everyday life, and how things which are seen to be unpolitical are political,” he says. “Stitched up politics, these men sewing,” rings a Lady Sanity refrain.

“In a place as class-certified as Egypt, for a working class musician to say ‘I am important’ is political,” Douglas reflects. At one point, Joker glances down at his phone before delivering his lines, his brow sweaty from the physical exertion: “Our success was by overpassing the troubles. So we celebrated, we entered the journey. Where we want to be is immortal … So many of us have fallen. But I’ve risen like a warrior”. Despite these melancholic moments, the installation is saturated in hope, a fizzing testament to the resilience and innovation of music-making.

Douglas’ work is the art of bringing things into being, of stamping history as it is written and rewritten. “They’re distant but connected,” he says of the four musicians. “And from that understanding something can emerge. That might be a brief moment of utopia, or something bigger.” 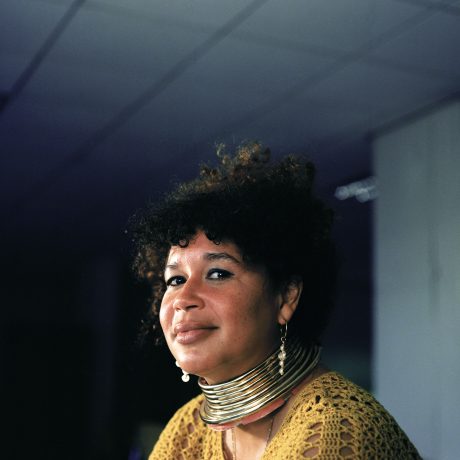 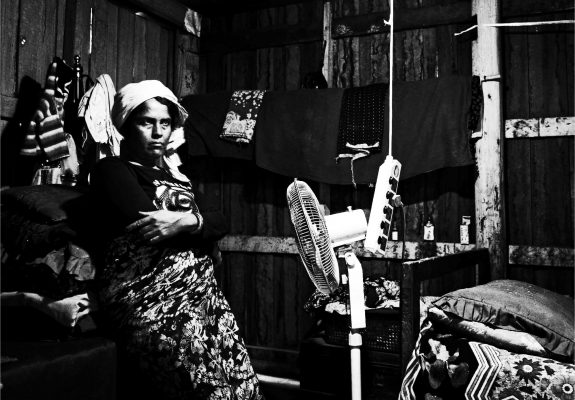 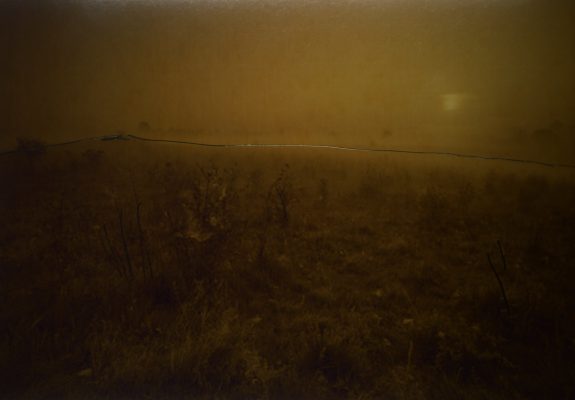 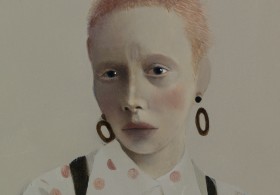 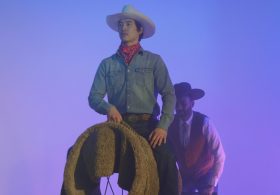 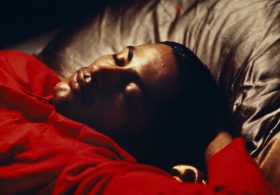 Arlene Gottfried, the Street Photographer who Captured the Soul of 1980s New York 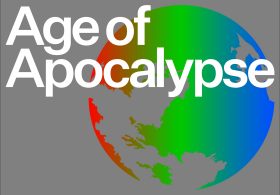 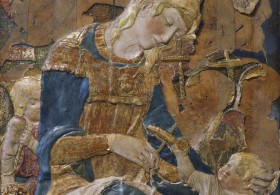 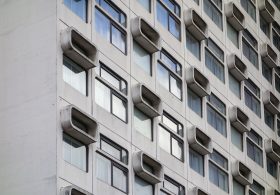 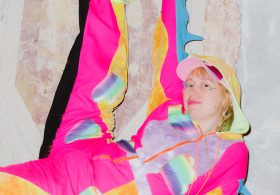 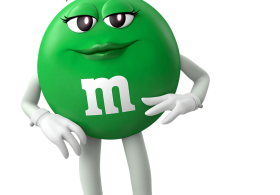 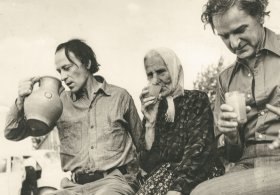