At first glance, the sculptures of British artist Brian Willsher (1930-2010) seem unlikely subjects of controversy. Pieces of classic modernist abstraction, they’re products of similar impulses to his older contemporaries Barbara Hepworth, Henry Moore and Lynn Chadwick. Carved from fine woods (including iroko and African walnut), they are neither lacquered nor varnished, each bearing the patina of age.

Some have an organic form, with leaf-like protrusions and curved, palm-esque fronds. Placed together they look a little like an avant-garde terrarium. Others are vaguely humanoid. You could imagine them silently listening in to conversations. Several are more architecturally inclined. They are full of motion: one piece centres around two forms that appear engaged in lively debate. His pieces cast evocative shadows, and capture the movement of the light as if oblique sundials. And they are often compact enough that they can sit on a table, a trait which places them in the same visual world as mid-century design.

Throughout, there’s a sense of experiment and freedom, of trying out forms to see what works. Willsher called his process “doodling in wood.”

The controversy arose over a matter of classification. In 1968, at the pinnacle of his success, British Customs and Excise declared Willsher’s work as “non-sculpture” and “household decoration”, rather than artworks. As a consequence, he faced a 40% tax when selling them and was forced to declare bankruptcy. A lively debate sprung up: did Willsher’s work count as art? Or was he merely a creator of decorative objects?

“In 1968, British Customs and Excise declared Willsher’s work as ‘non-sculpture’ and ‘household decoration’”

The debate was compounded by his background. Willsher did not arrive at art through conventional training. He was a native of Catford, a singularly unromantic South London suburb. He studied engineering at Woolwich Polytechnic, before going on to do a string of odd jobs, including working as a telephone engineer, a farmer, and a dental technician. He funnelled his various salaries into a passion for motorcycle racing. Traces of this hobby can be seen in some of his more mechanical sculptures, which echo engines ripped from totalled vehicles.

In the early 1950s Willsher suffered a major bike crash. During his recovery he began playing around with plaster. He eventually quit his job and decided to become a seller of wooden salad bowls. This was not a success. A shop owner asked him to make lamp bases instead: they proved more popular and were sold at Harrods, Heal’s and Liberty. Gradually, Willsher’s functional objects became sculptural forms.

Even as an artist, Willsher remained tied to design. His art career took off after a 1965 exhibition at the luxury furniture shop Dunn’s in Bromley. This was followed by two shows at Heal’s, which proved so popular that Willsher had to make new works to replenish the exhibition. He sold everything for £10, a deliberately low price to reflect the swiftness of his process. 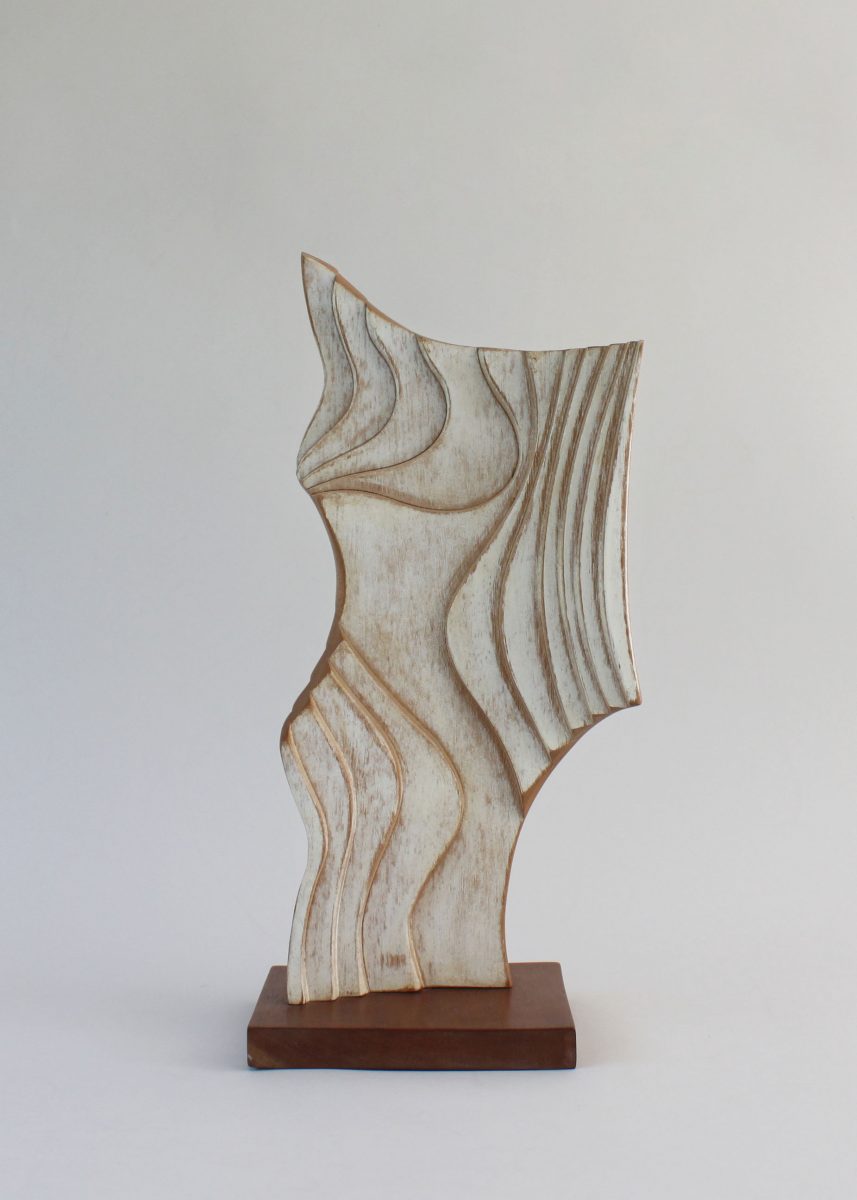 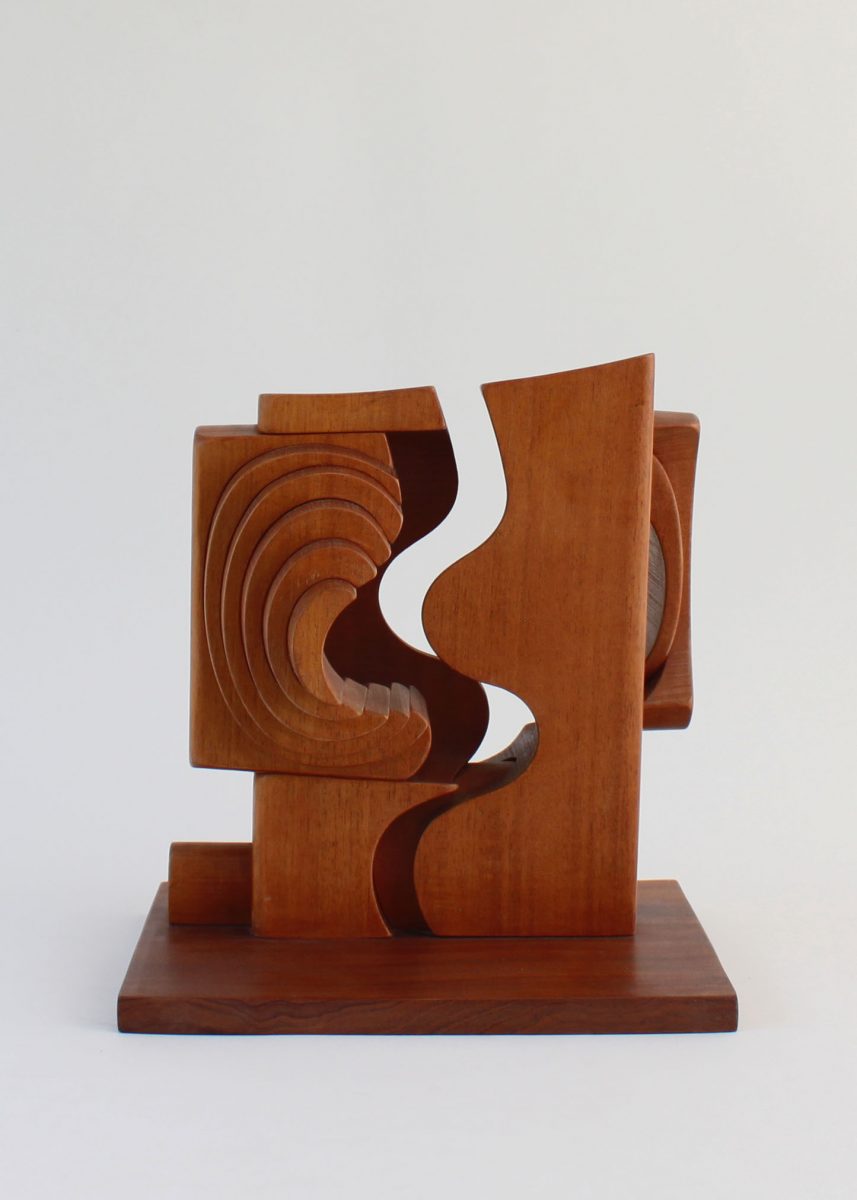 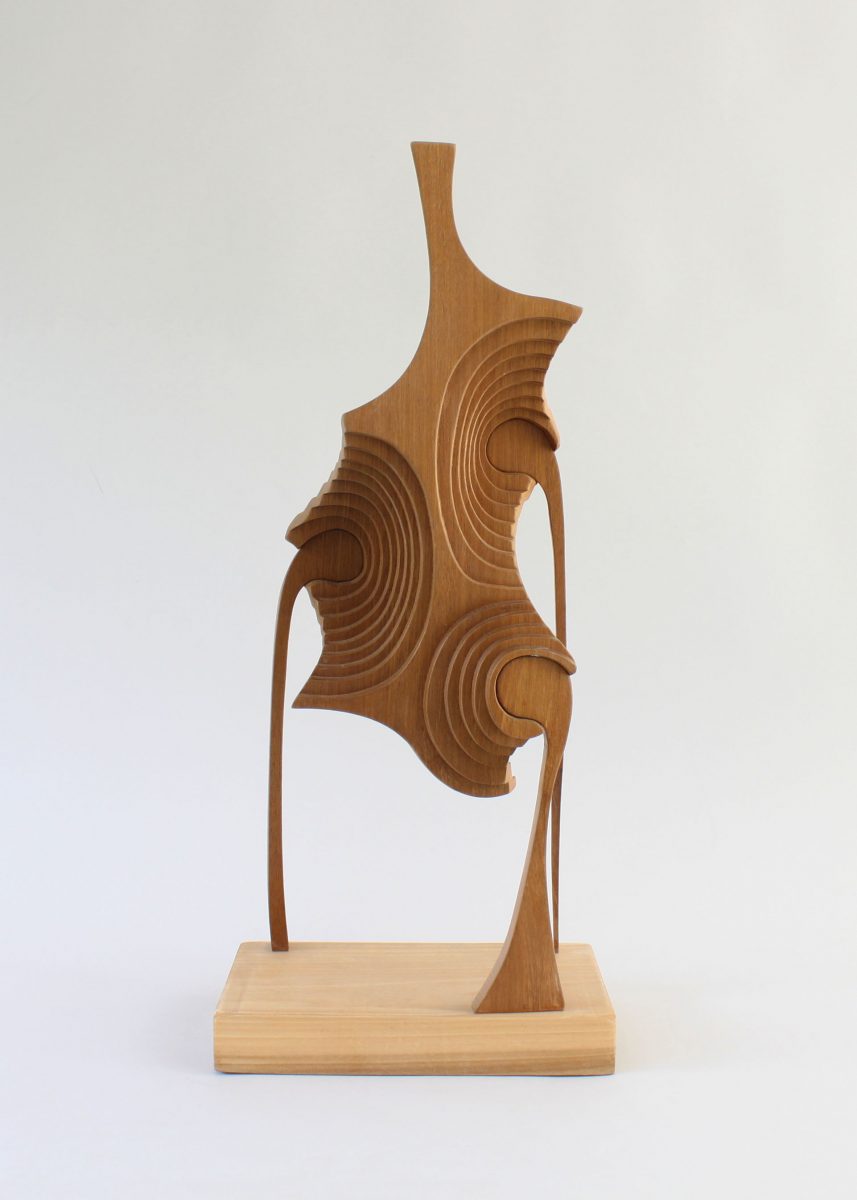 For a brief moment, his sculptures were everywhere. One appeared in a Harold Pinter play. Another was bought by the Chairman of the Bank of England. Willsher’s work appeared in five consecutive summer exhibitions at the Royal Academy. For the first of these, he produced a massive piece which he sold for the nominal sum of £50, as a jibe at the then-escalating prices of art.

His career peaked during an extraordinary upsurge in home design. The mid-century movement had already made high-quality, mechanically produced furniture a major aesthetic force in continental Europe and now Britain began to catch on. The influence of artistic modernism took hold, and an expanding middle class moved away from staid pre-war aesthetics (as evidenced by Terence Conran’s founding of Habitat in 1964). Industrial design was beginning to be seen as a worthy discipline in its own right, though still something other, and lesser, than fine art.

Technique was also a problem for Willsher. He used a bandsaw rather than his hands: a tool with a whiff of the craftsman’s workshop rather than the artist’s studio. He featured in a British Pathé newsreel, which caught him in his suburban garden studio sawing blocks of wood in smooth, steady motions, his firm hands just centimetres from the blade. “These are no handmade shapes created with highfalutin motivations,” says the announcer. “Some purist sculptors may turn up their noses at Willsher’s efforts.”

In the event, the art establishment defended Willsher. Henry Moore said: “Here’s pure sculpture, indeed! More than that, memorable sculpture!” The critic Herbert Read praised him as “A master of enigmas,” whose art “propounds beliefs in beauty without precedent.” But Willsher was stung by the whole affair. Though he eventually succeeded in getting his work reclassified, the experience caused him to turn his back on the art market.

He would not again sell through galleries for two and a half decades. When the commissions dried up, he sold his works directly at market stalls in Covent Garden and Hampstead. He eventually started using cheaper timbers, and for a time the quality of his work diminished. He had a creative comeback in the 1990s, with a brace of gallery exhibitions and works in bronze. But by and large, Willsher faded into relative obscurity, a sad fate for an artist who had, for a moment at least, stood at the centre of British visual culture.

Today, shorn of the irrational biases of a previous area, it is abundantly clear that Willsher’s sculptures are works of art. And his story should serve as an example for those who would try to put limits on what is, and what isn’t, art.

Joe Lloyd is a London-based freelance writer on art, architecture and photography 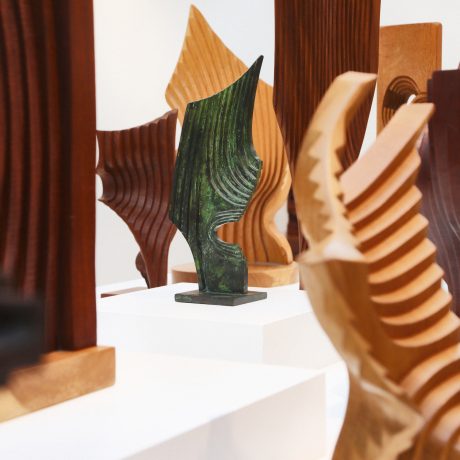