The photograph is being closely examined in London right now. First, we had Double Take—showing at Skarstedt gallery until 22 April—which brings together numerous appropriated images with a special focus on the advertising industry. It features artists including Richard Prince, Anne Collier and Barbara Kruger and questions presumptions and presentations of fact and fiction.

The first two of these artists are included in Zabludowicz Collection’s recently opened group show You Are Looking at Something That Never Occurred. The exhibition (which takes its name from a conversation between Jeff Wall and Lucas Blalock about the need for art to be experimental and mysterious) also explores the truth-telling nature—or more accurately, the fantasy-telling nature—of the camera with a comprehensive selection of works from fourteen different artists from within the collection. The images can be broken into three main categories: appropriation, staging and digital manipulation.

Wolfgang Tillmans—who is currently enjoying a solo exhibition at Tate Modern in London—features heavily. His Berlin Installation takes up an entire length of the gallery’s back room (unusually, broken up with temporary walls for this show dividing the characterful space, which works perfectly for installations and immersive works, into a more classical gallery for showing photography). The work includes thirty-one photographs which have a characteristically playful aesthetic, an ethereal vision of scenes which we might at first glance presume to be everyday, both dreamy and precisely observant. The images float about the walls, hung at varied heights, some small and inaccessibly high up. In one image we see a naked woman’s body curled over in cloudy, icy-blue bath water. A nude and widely-smiling man rolls around in grassy sand dunes in another. Clouds look as though they’re ejaculating off into the sky in a big pink burst. A figure stands next to a pool cast in late-afternoon light.

A selection of three Anne Collier works on a nearby wall have a similarly hazy feel to them. In the monochrome, grainy Positive (California) which sits in the middle of the trio, a woman enters the sea nude, although bearing the marks of a pair of bikini bottoms. Next to this image, a vinyl is pulled from a cloud-covered sleeve and to the other side the moon casts light over blackened water. The sea, sky and the naked body are recurring images in the show.

The medium is also turned on itself in various works. In Erin Shirreff’s Roden Crater we see the sun slowly setting over a landscape, but also a second shine of light. The landscape is, in fact, made from a series of photographs of a piece of James Turell’s land art, a beam of light reflecting from the photographs’ surfaces.

Richard Prince’s Untitled (Four Women Looking in the Same Direction) from 1977 has a similarly disorienting effect, presenting photographs of women who all bear traces of film and advertising—dressed up, made up and not quite real in their mannerisms—and looking to the left of the camera with what appears to be a feigned sense of concentration or thought.

The strangeness of the modern world is also explored. In Tillmans’s Jeddah mall we see the sides of a silver escalator reflect and warp the scene around them, appearing as molten metal or as though they are covered in high shine foil. Andreas Gursky’s rainbow-like Chicago Board of Trade offers a similarly strange, birds-eye-view of the world as it is now. Papers and trash lie about the floor, computer screens light up in blues and purple, ant-like people stand about dressed in bright reds, blues and greens. The image has been digitally manipulated, with repeated and isolated sections, although it’s incredibly difficult to see where the real image begins and ends.

In all, they are a seductively rich selection of works. While they present a world away from the one we typically notice with the naked eye, they create a vision which is no less authentic. In the words of Tillmans, “There are still many misconceptions about what I do–that my images are random and everyday, when they are actually neither. They are, in fact, the opposite. They are calls to attentiveness.”

‘You Are Looking at Something That Never Occurred’ runs until 9 July at Zabludowicz Collection, London. zabludowiczcollection.com 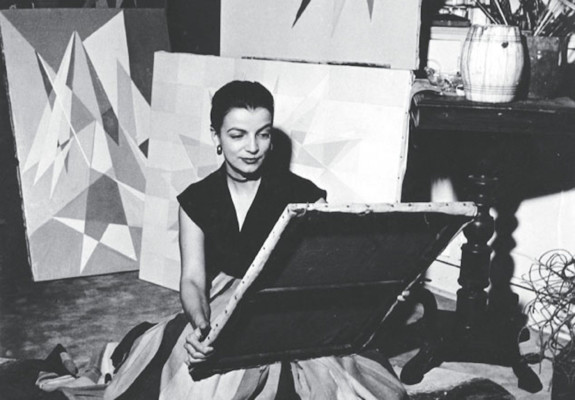 How Lygia Clark Prefigured the Art World’s Obsession with Interiors

“What I seek is to compose a space and not compose in it.” The pioneering Brazilian artist blurred the line between art and architecture.
Read More 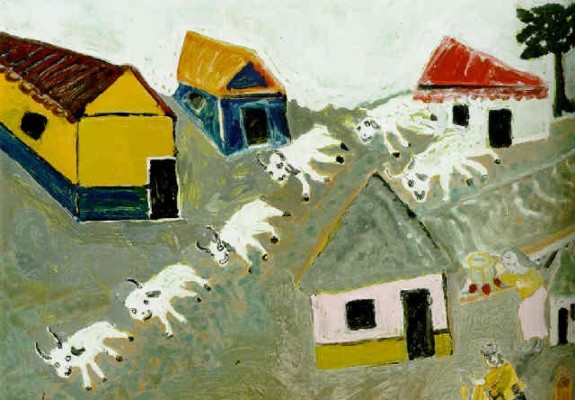 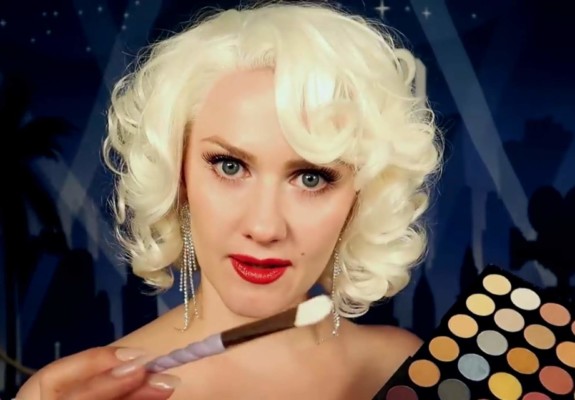 ASMR Videos Offer Intimate Connection in this Time of Self-Isolation

During this period of social distancing, YouTube “therapists” like Maria Vitkorovna prove that we don't need to be face-to-face to find connection.
Read More 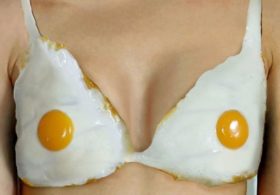 Bored at Home? These Mind-Bending Photos Transform the Everyday 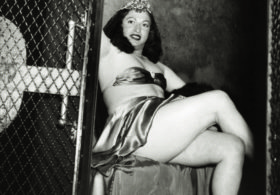 Weegee’s Naked City Transformed Photography As We Know It