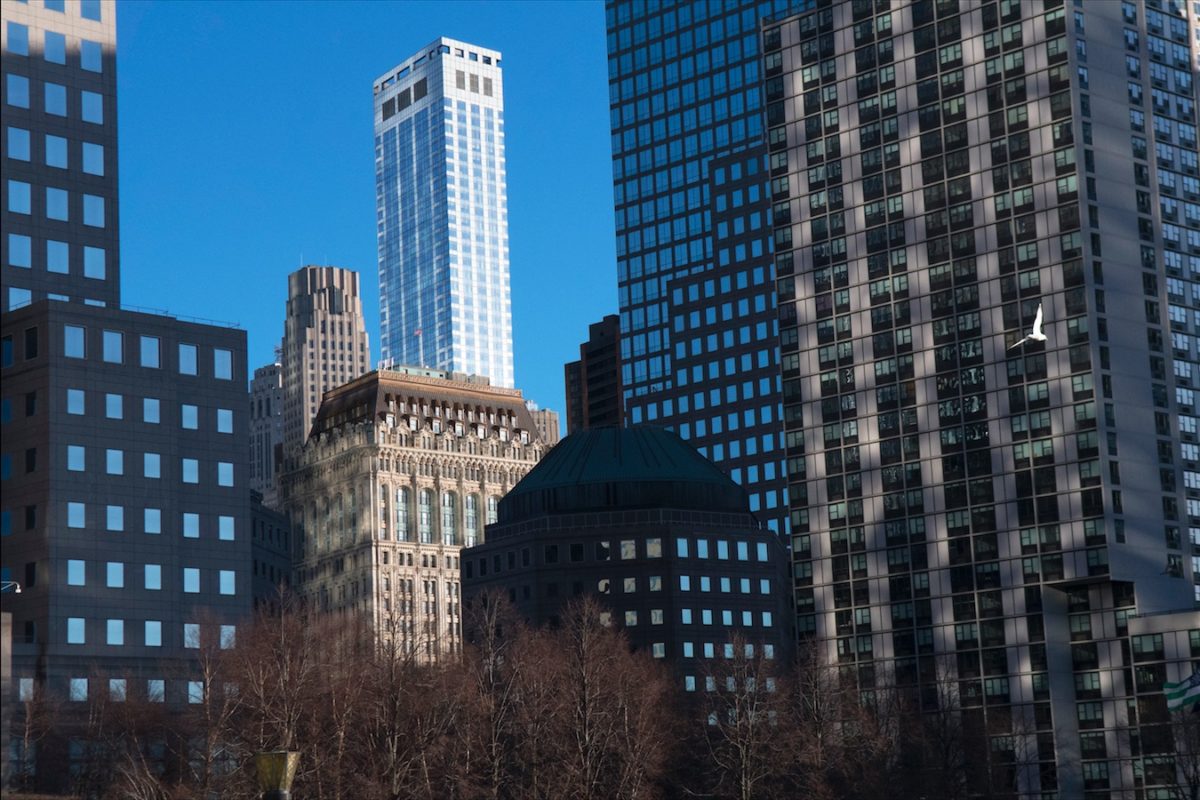 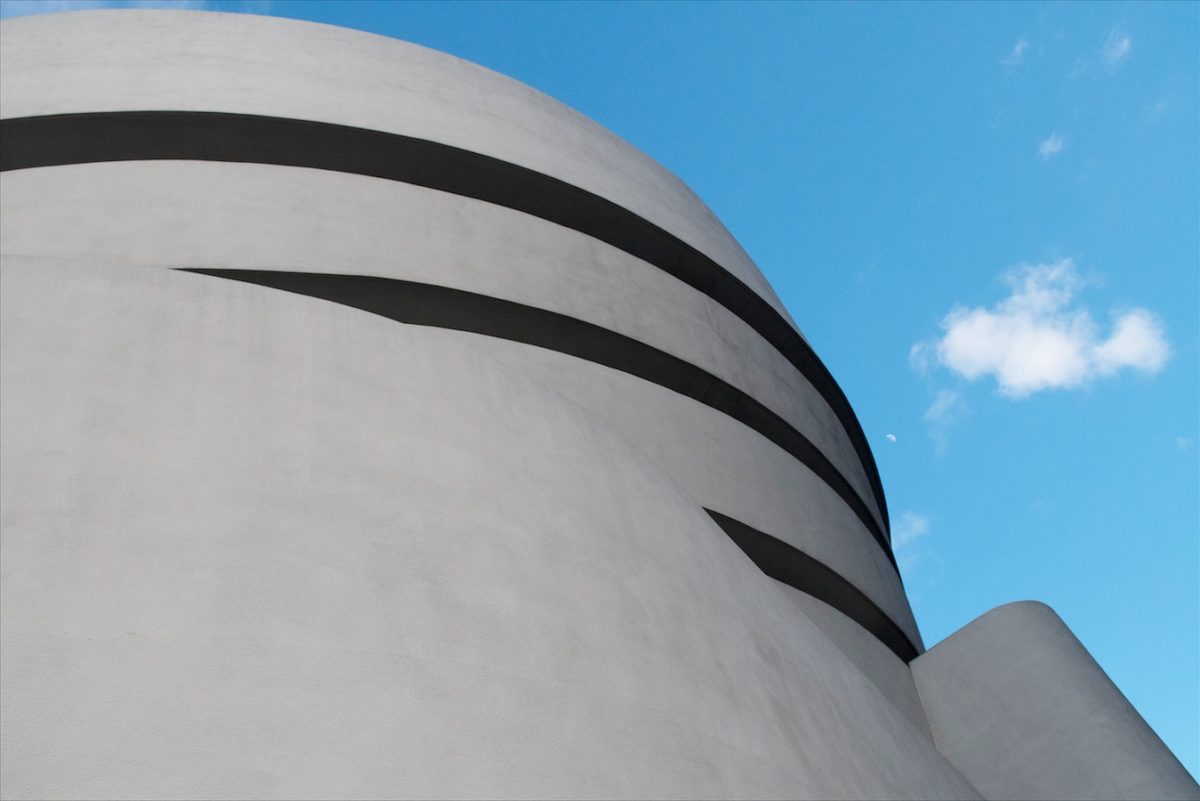 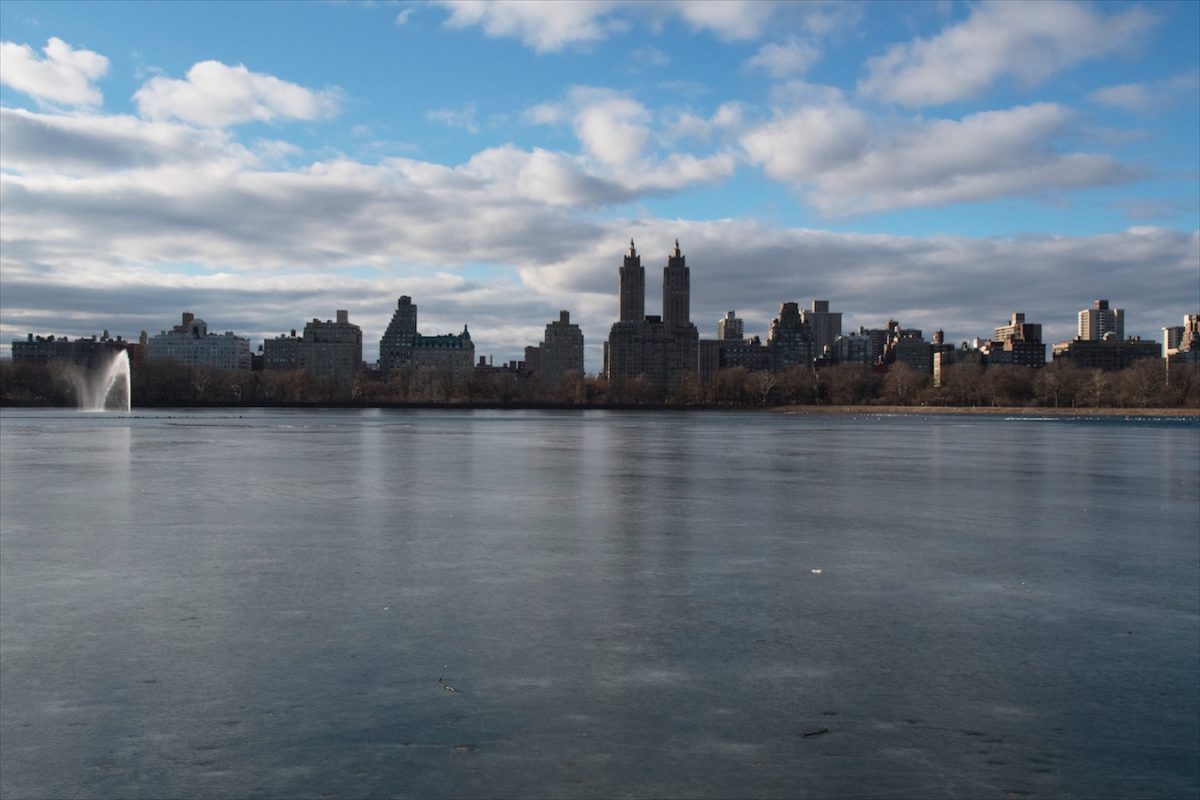 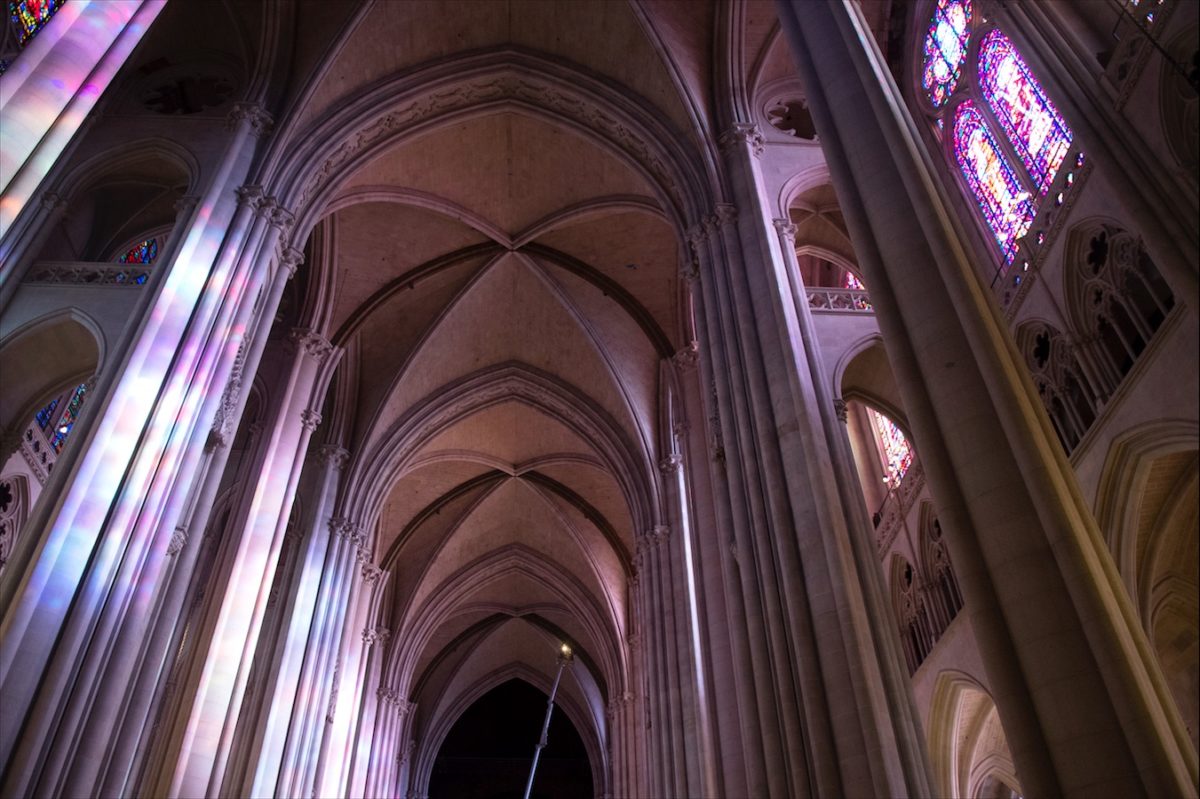 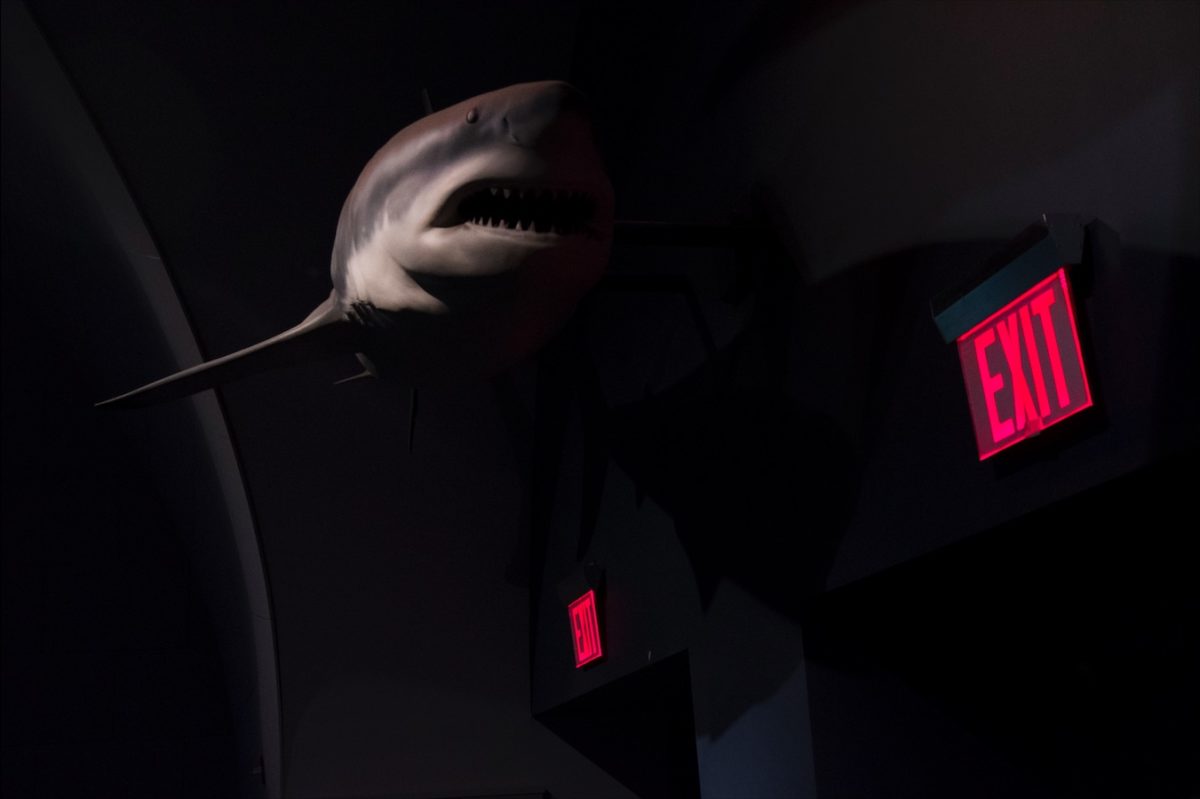 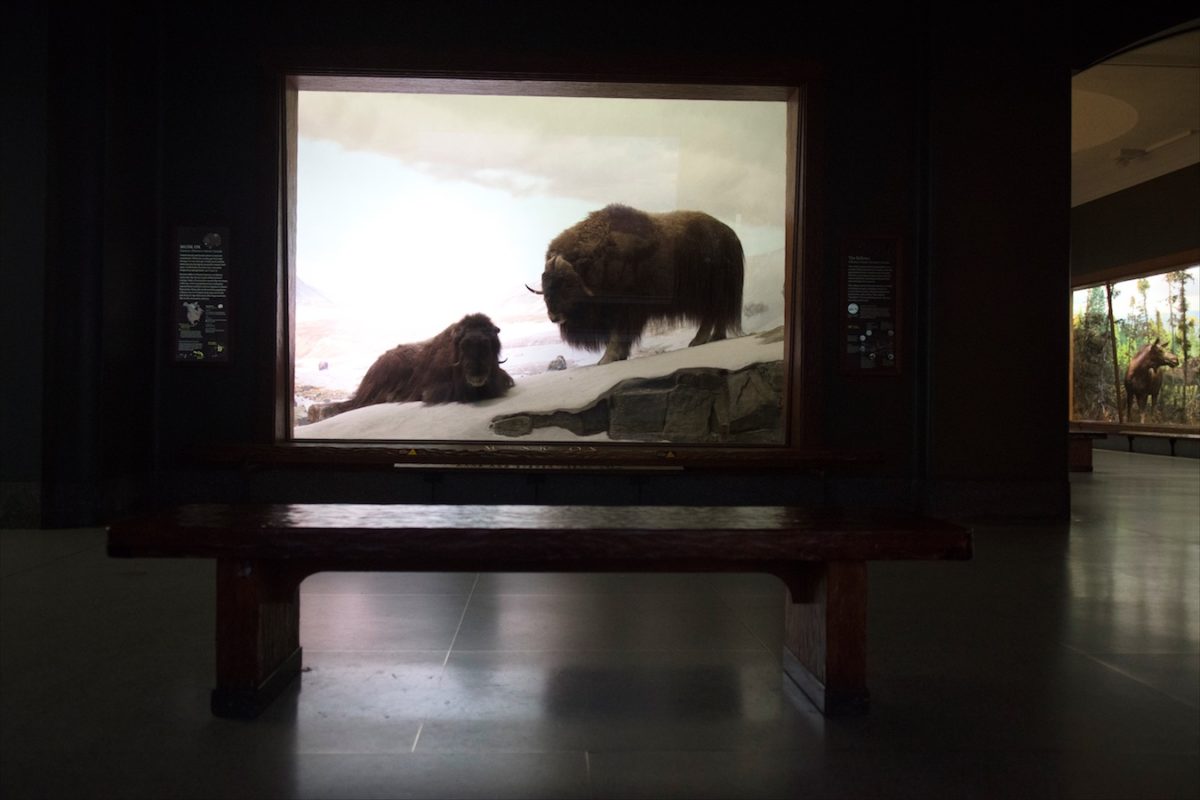 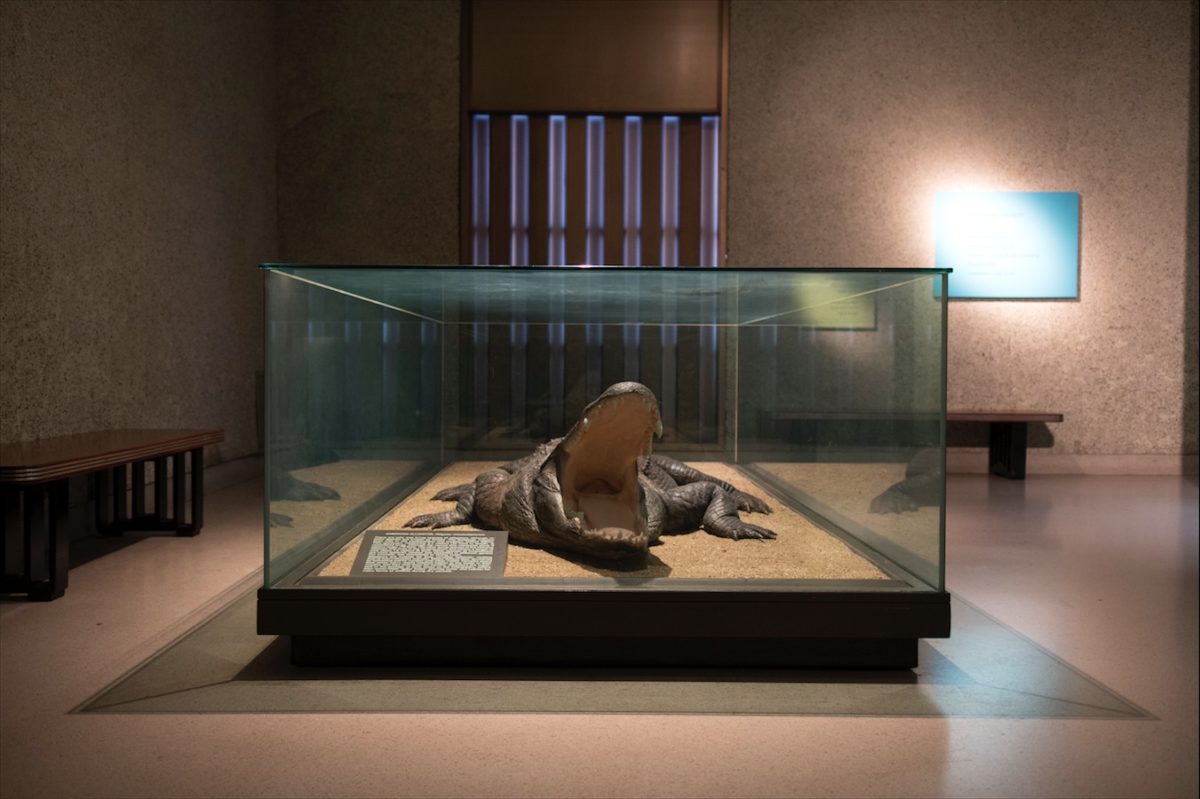 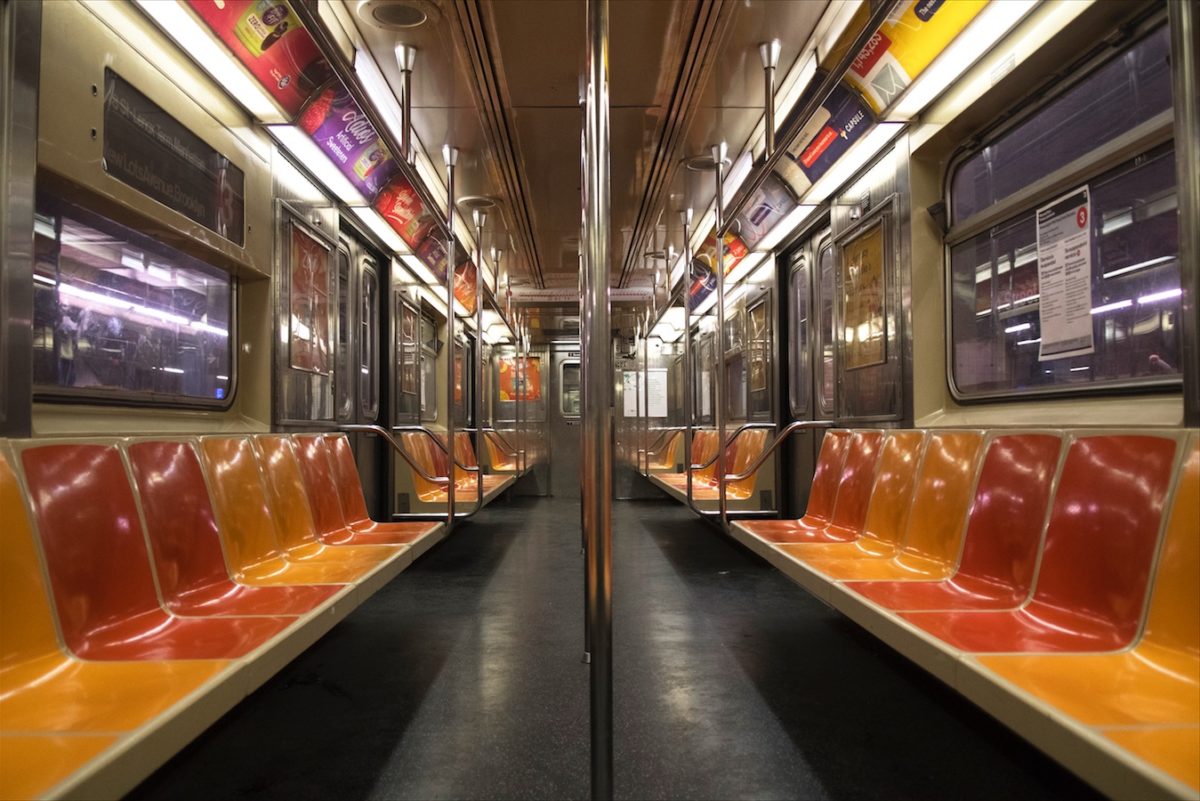 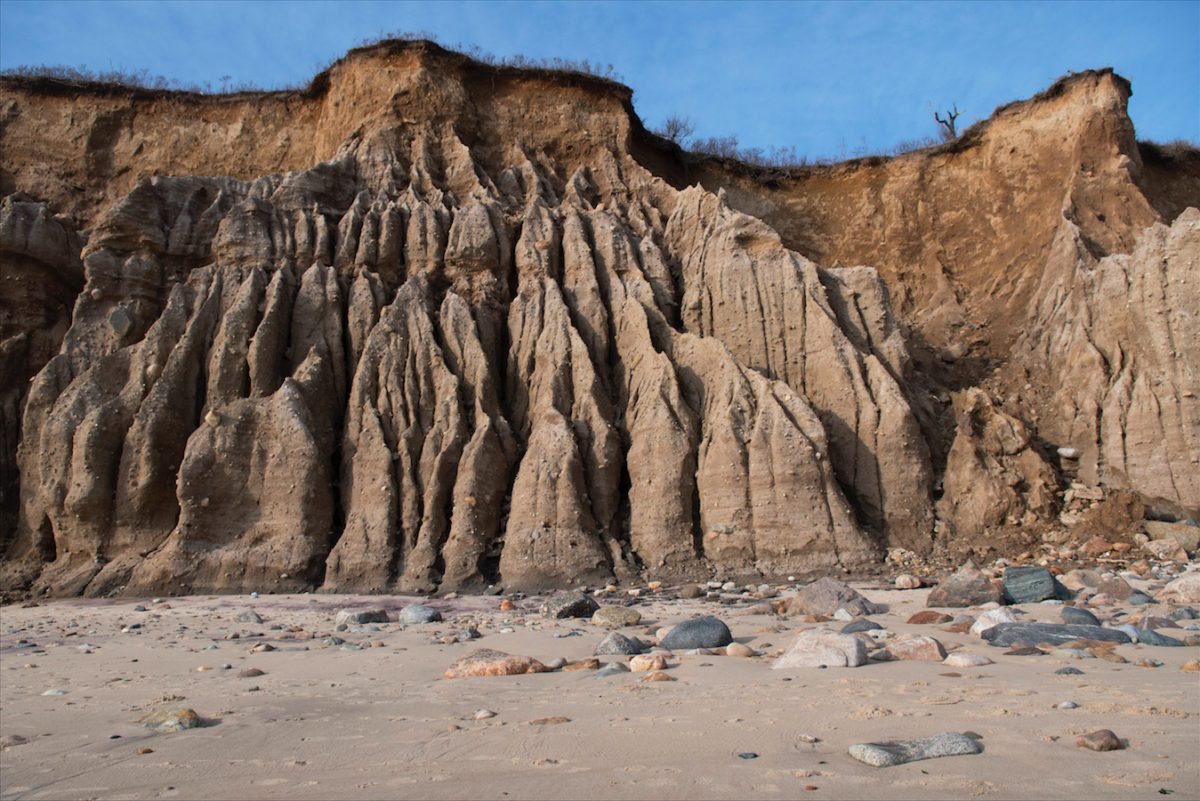 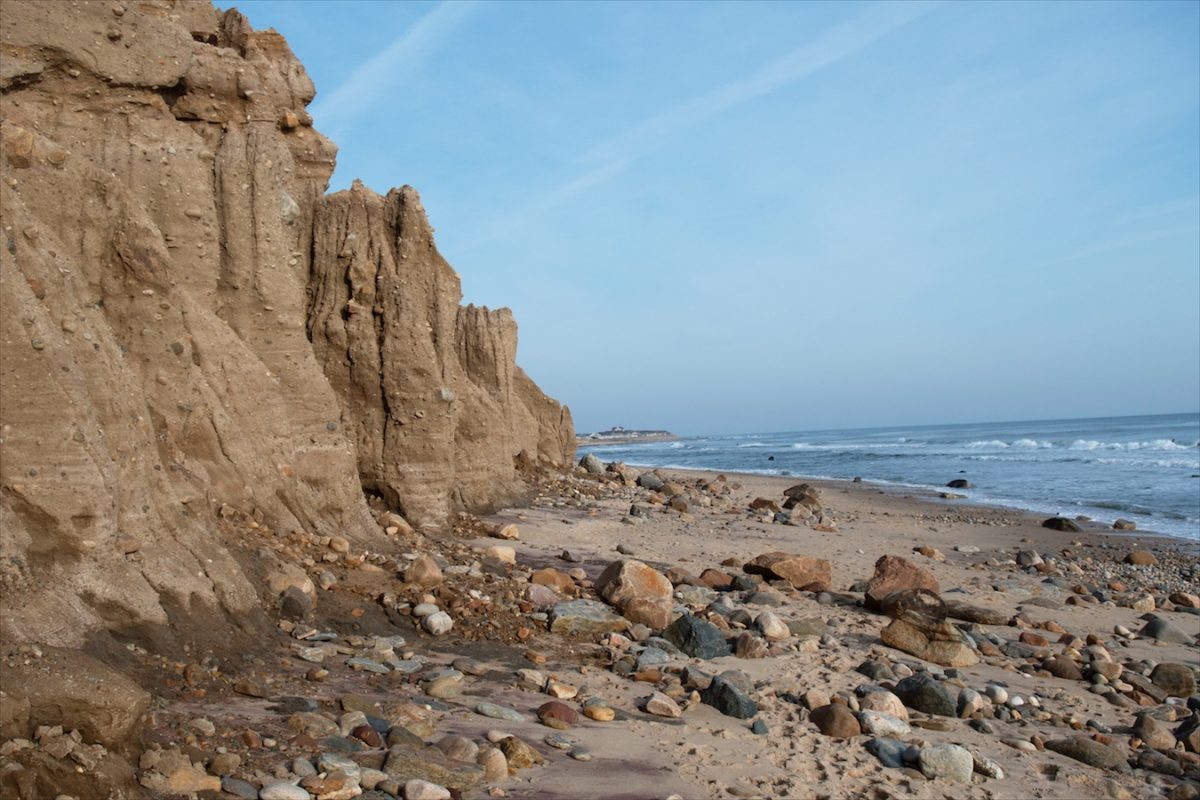 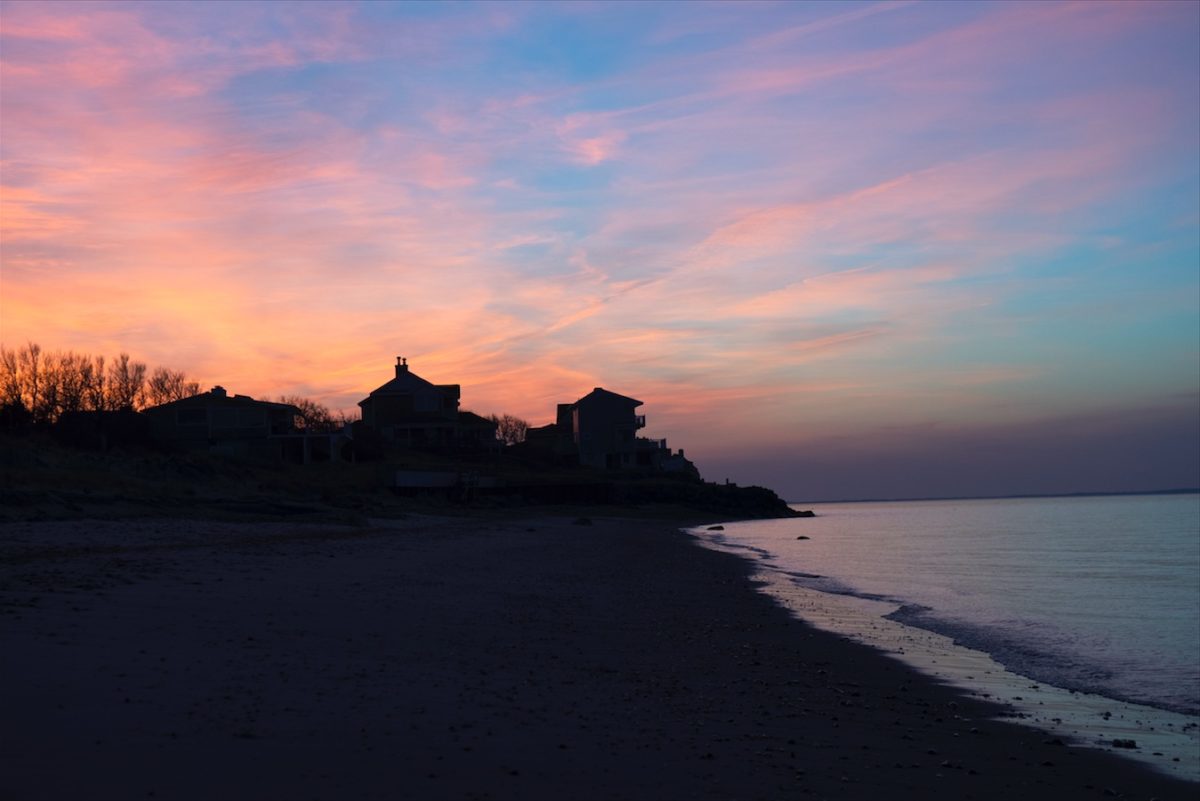 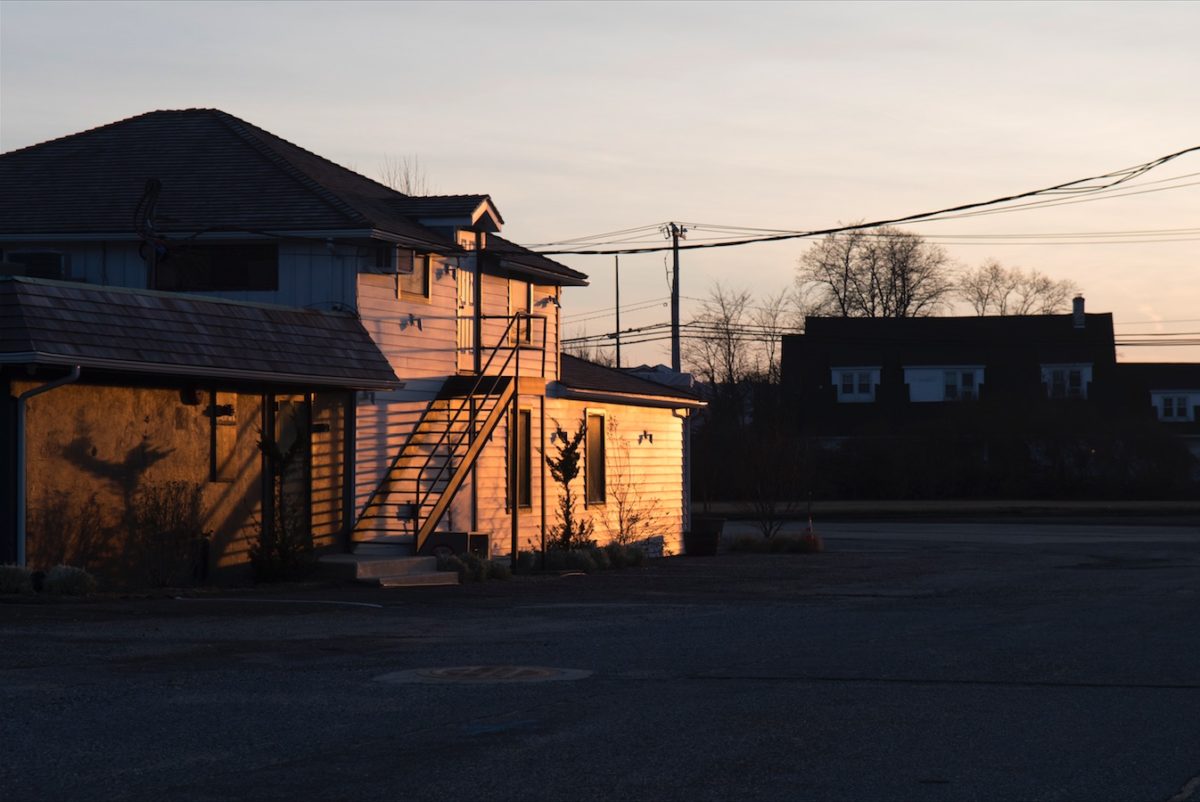 What’s more New York than an animal in the wrong place? There’s the great dane in the studio apartment; the rat dragging a slice of pizza along a subway platform; the coyote lost in the Bronx during a snowstorm; the sparrow trapped inside the World Trade Center transit station, beating its wings against the bleached ribs of the Oculus. And of course, there’s us, animals of a more upright sort who often seem lost in the city too.

Yet the city still lures us—tourists, immigrants, the optimistic, rootless or ambitious. Be with your people! The city promises. Commune! Nobody comes to New York to be alone. We come to enjoy the rewards that only millions of humans squeezed into just a few square miles can bring: museums stuffed with precious things, the allure of jobs or wealth, cuisine from every country, music of every kind, a bounty of friends, an embarrassment of lovers.

But if you stay in the city a while, prepare to be exhausted—by the pace, the noise, the malfunctioning trains. All of it harasses the antediluvian part of us that fears crowds and finds safety in wide, empty spaces. It’s impossible to live so packed together for too long without needing some respite, a place where we can’t hear our neighbour’s radio, or where we can see a horizon uninterrupted by the shapes of glass condo towers.

We may come to New York to be together, but it’s the quiet places, the ones that allow us to be alone, that let us remain here.

Finding your own sanctuary is vital, even if you’re only visiting for a week or two. Fortunately, New York is nothing if not capacious, and there’s a quiet place to suit every need. Here are a few ideas to get you started, organized according to the particular urban ailment they are best suited to treat.

Problem: Everyone is more successful than you
Solution: The Frick Collection

If your friends don’t have better jobs than you, then they get invited to better parties; if it isn’t the parties then their toddler has been admitted to the top pre-school and their brownstone renovation is going great. The Frick, housed in a Gilded Age mansion on Fifth Avenue, puts things in perspective. Your piddling status anxiety seems minor when you’re inside the former home of a nineteenth-century steel magnate who crushed unions and hoarded late Medieval art.

“A sunrise or sunset is preferred, but not essential; it’s a reminder not to take things so personally”

The Frick’s floors are covered with thick rugs, and even the regular packs of tourists speak in hushed voices. The staff wear stiff oxblood jackets and seem equally irritated with everyone. A rare injunction: children under twelve are not allowed, but if you miss them you can admire a large Fragonard painting of a fat cherub leaping to catch a dove. If this starts to bore you, go admire some works by Vermeer or Rembrandt. You cannot sit in any of the antique chairs cordoned off by velvet ropes, but you can rest in the glass-covered garden beside the fountain. It is quiet.

Problem: A total stranger screamed at you on a cross-town bus
Solution: Any beach in winter or early spring

If you haven’t been harassed yet, it’s only luck—not your own excellent manners and sweet face—that’s prevented it. When it does happen, and it will, an excellent respite is the city’s shoreline in winter and early spring, where if you encounter a stranger, at least you’ll see him coming from half a mile away.

The beaches at Fort Tilden, the Rockaways and even Coney Island sit empty when it’s cold outside. All are good places to admire the uninterrupted line of the earth curving away from you and back again. There may be large waves, aggressive seagulls, a brave surfer or two. This is a good place to bring some sandwiches from the deli and a friend who doesn’t mind long silences. A sunrise or sunset is preferred, but not essential; it’s a reminder not to take things so personally.

Problem: Your cat died
Solution: The butterfly exhibit at the Museum of Natural History

First of all, I am so, so sorry. I know you loved your cat, that most ardent companion who outlasted all of your major adult relationships. (Quiet, aloof and neat, it’s cats—and not dogs—who are a New Yorker’s best friend.) You might feel the smallest sense of solace if you visit the Museum of Natural History, and the butterfly exhibit in particular. It’s so humid in there your glasses will fog up. Lepidoptera of every sort flutter about, sometimes drinking sugar water through their strange proboscises. If you’re lucky, they’ll land on your clothes or in your hair. It’s a gentle reminder that life is no less lovely because it’s ungraspable and brief. There’s usually an elderly volunteer or two on hand to explain some facts about butterflies. They won’t mind if you cry a little.

“The desert conservatory is surprisingly chilly, filled with sandy soil and many tall and spiky cacti which you will feel a sudden and intense kinship with”

Problem: A lover betrayed you
Solution: The desert conservatory at the Brooklyn Botanic Garden

Of course infidelity isn’t strictly a New York problem, but it’s one that’s definitely worse when you’re trapped together in a tiny apartment. You should leave the house to avoid shouting again. The best place to go is the Brooklyn Botanic Garden, regardless of the season. The desert conservatory is surprisingly chilly, filled with sandy soil and many tall and spiky cacti which you will feel a sudden and intense kinship with. You may also want to visit the bonsai trees next door—they’ve been sculpted into perfect little replicas of bigger trees, made lovely through torture. In your current state of mind it will seem about right.

And since you’re in the neighbourhood, why not see how the other out-of-place animals are getting on? Just west of the garden, you can visit the flock of parrots who live in Green-Wood Cemetery. Nobody knows exactly where they came from and they’re all wrong for the climate, but there they are, day after day, singing their rasping songs.