What a wonderful combination! How did you arrive at the idea of cats and plants (and the occasional seashell)?

Around 2008 or 2009, while searching for source material for other collages, I would occasionally come across cat books. I had a growing collection of houseplant books and I noticed that the cats had been photographed in similar ways to the plants. There was a quirkiness and humour to the still life compositions of the houseplants that the cat photos shared—like the cats and plants were domestic objects. The shell cats, as well as the stand-ups, are more recent projects (I started making both around the same time in 2015). I had found some shell/oceanic life books that had the same still life vibe as the houseplants and cats.

Why do you think we are so obsessed with cats, and why so hugely in the online world?

I can’t begin to understand why the online world gets so into anything… but cats are pretty magical, aloof creatures that do some hilarious things. My obsession comes from the photography of cats, and how strange and how ubiquitous it is.

This is your debut book. How has the experience of considering images for this structure changed your relationship with the work—if at all?

I’ve had an on-again-off-again relationship with making the collages and this project, along with some of the past artist projects that have focused on the cats (Esopus Mag and Puss Puss) got me back into making the work. This was really fun and made me reflect back on work starting almost ten years ago.

How has this body of work, which began as a personal project, fed into your wider practice?

The cats have been a stepping-stone to other works. I had not used cacti/succulents at all until some of the early cats and plant collages. I made aesthetic and conceptual conclusions in making the cat collages that led to an entire body of work. Now the cacti and succulent work has been an undulating project in the studio for the past three to four years.

How do you work on your collages? Are you quite regimented, or are you spontaneous with the form they take?

I tend to pivot within my studio practice from one project to another. For instance, I will work on collages devoted to orchids one week, and shift to the cats or sculpture or cactus collages the next. There’s a loose organization to how I structure my time in the studio. The collage making itself is very spontaneous. Once I’m in the rhythm of composing the components together, it’s a pretty quick process, but everything starts with gathering the source material and cutting the components out. At the moment, I’ve been doing more cutting and gathering, which means six to eight hours a day for weeks just devoted to excising.

Through his unique way of seeing, Abel Rodríguez shares generous depictions of the natural environments he grew up in.
Read More

The Monkey Selfie preceded an era of rampant self-documentation within the digital realm. Will it lead to a longterm loss of control?
Read More 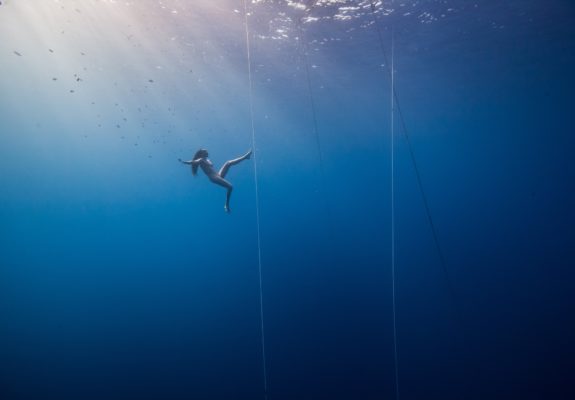 The depths of our watery world have long been shrouded in secrecy, and serve as a mythical and spiritual source of inspiration for many artists.
Read More 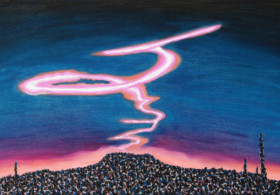 For William Monk, Beauty Can Be Found in Catastrophic Places