The simplicity in his narratives establishes an unexpected intimacy between the player and the game. Gestural in nature, each game centres around movements of the body, such as spanking, as in the case of his BDSM-themed game Hurt Me Plenty (2014), or eating a popsicle, in the case of Succulent (2015).

Yang’s is often sensationalised as “the world’s most banned developer”, but his work intimately subverts the straight, cis and male dominated culture of gaming for a queer audience, who until recently have found little of themselves reflected in the games that are available to play. That representation is now changing, as an influx of queer representation (or perhaps tokenisation) becomes increasingly visible in mainstream video games, such as the recently released The Last of Us Part II for PlayStation 4. Yang is just one player in a vanguard of independent queer developers radically rethinking the medium and its cultural impact.

There is a real simplicity to your work. Your games are often based around a gesture or act, like in Hurt Me Plenty where the game is about spanking someone. What’s the intention behind that?

I think it comes out of my frustration with a lot of the commercial video games that I’ve played, which are always so complicated and bloated. I want to make the equivalent of a short story, a poem or a short film. That’s why I’ve settled on a gestural, performative vignette for my games. I tend to focus on small or big movements of the body, but I think it usually has to be something pretty singular. Many video games are about repetition; you end up repeating gestures over and over. And when you repeat anything like that, it becomes captivating and absurd. I’m really interested in how repeating a gesture helps it to take on a new meaning.

And how do you create your games around these gestures?

I really like thinking about the context surrounding each gesture; I try to embed that in the game, but not in a boring pedagogical way. In video games we often talk about how things have to be immersive, and that’s usually a catch-all term to describe everything. But my understanding of immersive is that when you’re playing a game, you just enter into the world and it doesn’t really take any pains to describe itself to you. You have to soak it in instead of it trying to explain everything. I don’t want my games to be the equivalent of a Wikipedia article on how kink stuff works on a basic level. Instead I want you to perform and enact it, and then the logic of BDSM as a sexual system reveals itself to you.

What kind of factors do you have to consider when designing games about sex?

I usually try to design some kind of consent model in my games, so sometimes that’s an action or gesture to show that you’re consenting with the game and forming a negotiation. For example, in Hurt Me Plenty you shake hands with your virtual submissive. Something I think about often is the historical context around sexual culture from a gay man’s perspective. A lot of that is in the history of policing of public sexuality.

My game Tea Room is a historical bathroom simulator where you cruise for sex in a public bathroom in 1970’s America. You’re in this bathroom and some of the people who try to have sex with you might be cops trying to entrap you. In my games police cheat and lie and steal. They control the game rules, they manipulate and exploit the game rules to basically ruin your game experience.

Your work follows a consistent visual identity. How did you come up with the look behind your games?

There are two audiences I’m thinking about when I craft the imagery. First of all, I’m trying to address the gamer audience by making my game look like the big budget, 3D, photo-realistic, Triple-A tradition of video games. The other audience I’m trying to serve is the one that doesn’t really play video games. In which case, what’s most important about the visual identity here is that it looks like a video game and acts and moves like a video game.

So it’s about the thrill that a video game like this could even exist at all, if big budget companies cared about addressing these issues. I’m trying to use their techniques and their visual language to subvert, or culture jam, gamers. It’s the expectations of video games that I’m trying to happily adopt with this aesthetic.

There is a lot of tension that comes from placing not just sex, but queer sex, front and centre in a video game. What do you think happens to a video game once sex is introduced?

There is certainly that larger cultural tension because video games have a very strange relationship with sex. On the one hand, they are for children. It’s thought of as a frivolous pastime that grown adults shouldn’t be engaging in. But video games also have lots of shocking material, especially graphic violence. On the other hand, video games can be a serious art form that are able to explore many aspects of the human experience.

So are we supposed to cut off a big part of this human experience to make sure it’s advertiser appropriate, or should we pursue video games as an art form that can withstand and even embrace these ethical debates? That’s the larger cultural tension and provocation of my games. I think they challenge a lot of people to think about what we envision video games to be, and what their larger cultural role in society is. 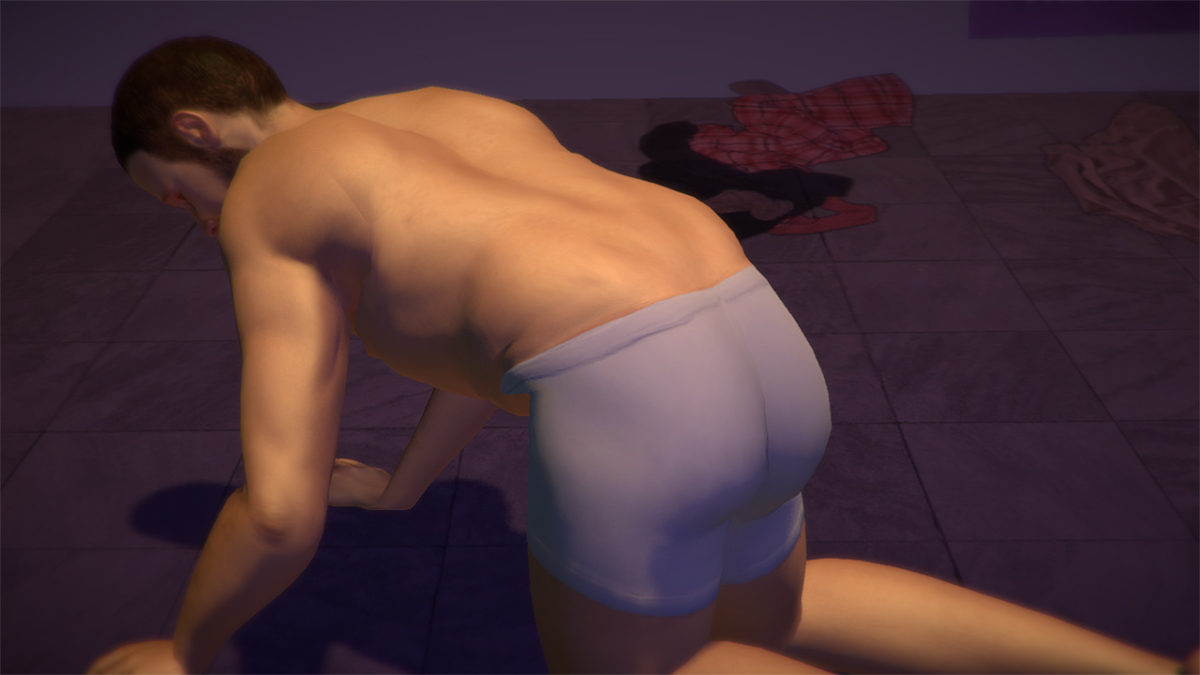 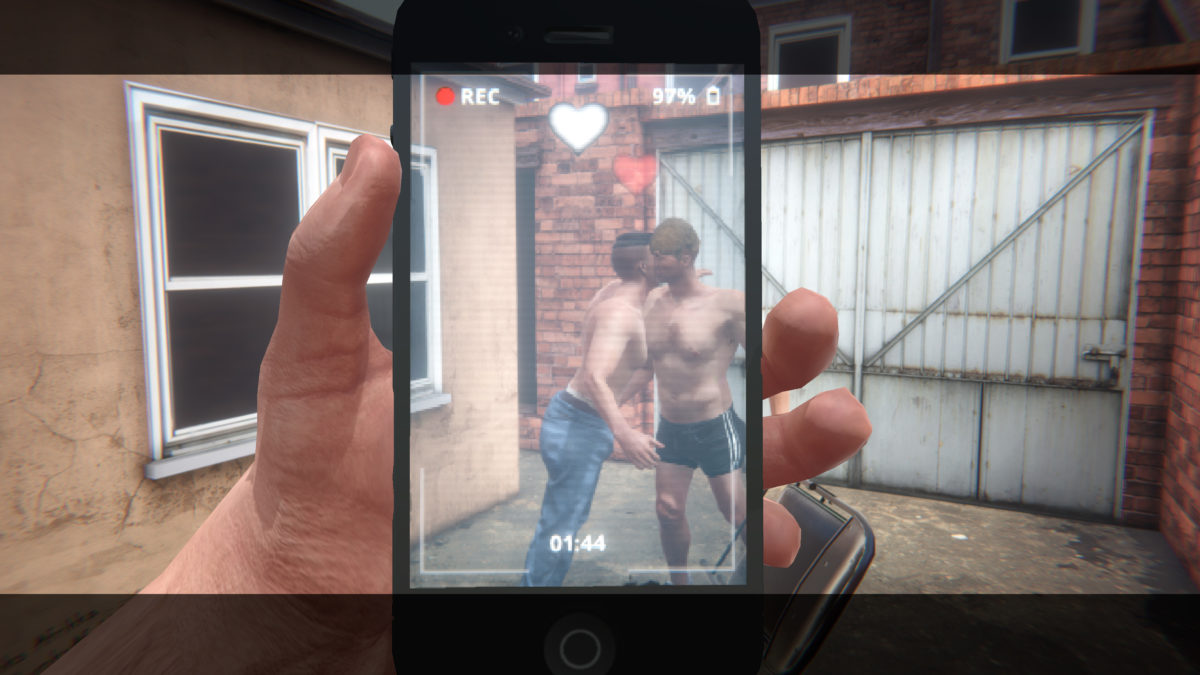 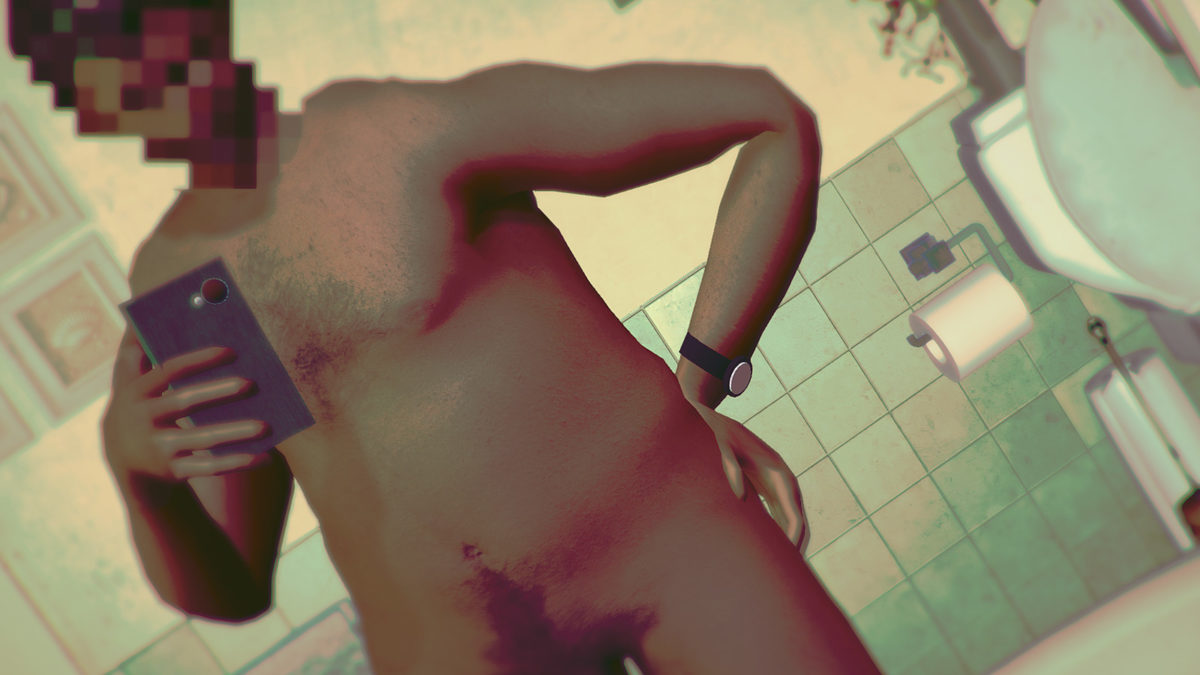 There has been a surge in queer representation in the gaming industry. The Last of Us Part II came out this year, which features many queer characters, for example. Why do you think this is happening now?

I think queer representation in commercial, industrial, Triple-A video games is happening because straight, white men (to some of their credits) are listening to the complaints, and trying to implement the criticisms that marginalised people have had for a long time. I don’t want to shit all over that parade, but I think queerness is more than just tokenising representation in a big budget game. Ideally a queer vision of video games is about the queer independent creators. I’m part of this larger community of LGBTQ people making games about their own experiences, and I don’t want to speak for everyone, but I would say this is a common feeling among a lot of us.

Why do you think its important to explore queer sexual politics in this medium?

Growing up, video games were a helpful way for me to process how I saw the world—but they weren’t useful for processing my sexuality. As you can imagine, there are very few commercial video games out there about being gay. I’m kind of making the games that I wish I had growing up. Most of all, I’m making games that are in conversation with my own community.