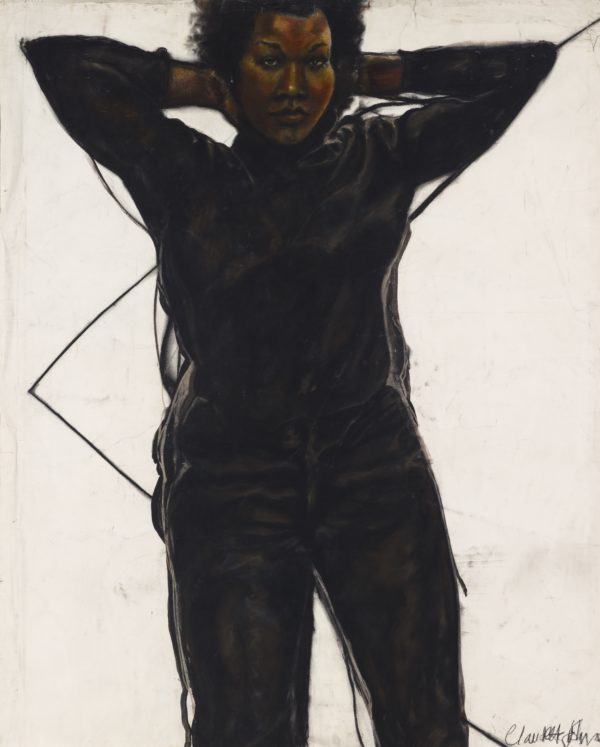 Claudette Johnson has questioned the position of black women in the UK for three decades, through her figurative works in pastel, paint, ink and charcoal. Emerging as part of the BLK Art Group in the 1980s, she has always invited the women who sit for her to “take up space in a way that is reflective of who they are”, rather than portray them passively as she sees them. This engagement is vital to understanding her idea that “the fiction of ‘blackness’ that is the legacy of colonialism, can be interrupted by the encounter with the stories that we tell about ourselves.” In Johnson’s work Trilogy (1982-86) the three sitters (who include photographers Brenda Agard and Ingrid Pollard) were invited to position their bodies to take up the whole space. Each interpreted the artist’s requests in their own way, a process of collaboration with Johnson. The work will be on show as well as other important pieces from Johnson’s extensive oeuvre, at Modern Art Oxford, until 8 September 2019. It is Johnson’s first major show at a British institution.