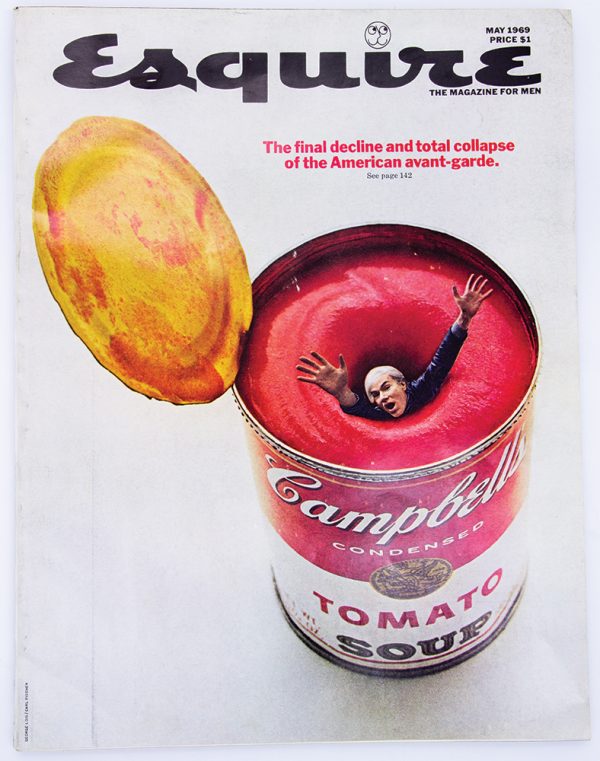 George Lois, Andy Warhol on the Cover of Esquire, 1969

Remembering the Pope of Pop, Andy Warhol, on what would have been his 93rd birthday. Here’s his iconic cover for Esquire magazine in May of 1969, dreamed up by the designer George Lois. “I called Andy and said, ‘I’m going to put you on the cover of Esquire magazine.’ And he said, ‘Wait a minute, George, I know you. What’s the idea?'” Lois told The Atlantic in 2012. “I said, ‘Andy, I’m going to have you drowning in a giant can of Campbell’s soup.’ And he laughed and went, ‘Oh, I love it.'” Well before the days of Photoshop wizardry, achieving the effect required a dramatic photo shoot with Warhol (conducted by Carl Fischer), and some clever collaging thereafter.