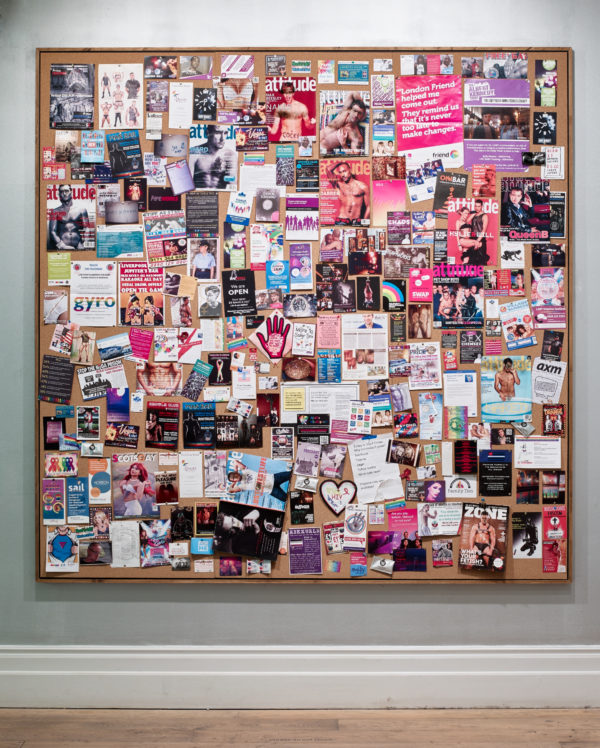 London will be painted in rainbow colours today as the annual Pride Parade makes its way through the streets. First held in the summer of 1972, the event historically happens on the closest Saturday to the anniversary of the 1969 Stonewall riots (in this case, one week after), and has grown to welcome tens of thousands of participants in recent years. As LGBTQ+ imagery is increasingly embraced or co-opted by corporations, London artists Hannah Quinlan and Rosie Hastings have travelled around the UK’s queer spaces, which are increasingly being shut down or priced out due to gentrification. At once supportive and critical of these establishments, in which many queer people get their first experiences of freedom but which also often promote limited ideals of “queerness”, the artists record them in films and through collections of ephemera such as Something for the Boys and The Scarcity of Liberty. Currently Whitechapel Gallery is holding archive exhibition Queer Spaces, London 1980s, which contains ephemera of LGBTQ+ spaces around London from the past thirty years.