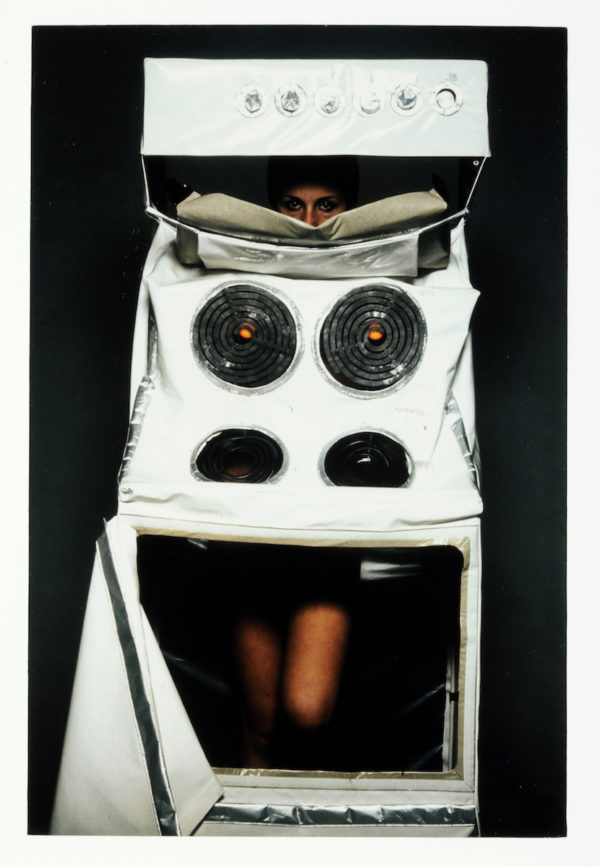 Helen Chadwick In the Kitchen, 1977

It has been thirty-five years since the Turner Prize was launched as a yardstick for measuring the newest and most exciting forms of contemporary art. Since then it has grabbed headlines and caused celebration and consternation in equal measure, often redefining the parameters of visual art practice. Given the prize’s radical roots, it should come as no surprise that over half of the winners have a connection to University of the Arts London, the educational umbrella group that comprises some of the city’s best-known art schools, including Central Saint Martins and Chelsea College of Art. To showcase the huge influence these institutions have had on the British art scene, the university has launched a new exhibition titled Counter Acts, coinciding with the Turner Prize show in Margate. It brings together renowned artists who are former students, lecturers or both, including Yinka Shonibare, Jeremy Deller, Helen Chadwick, Mona Hatoum and more.