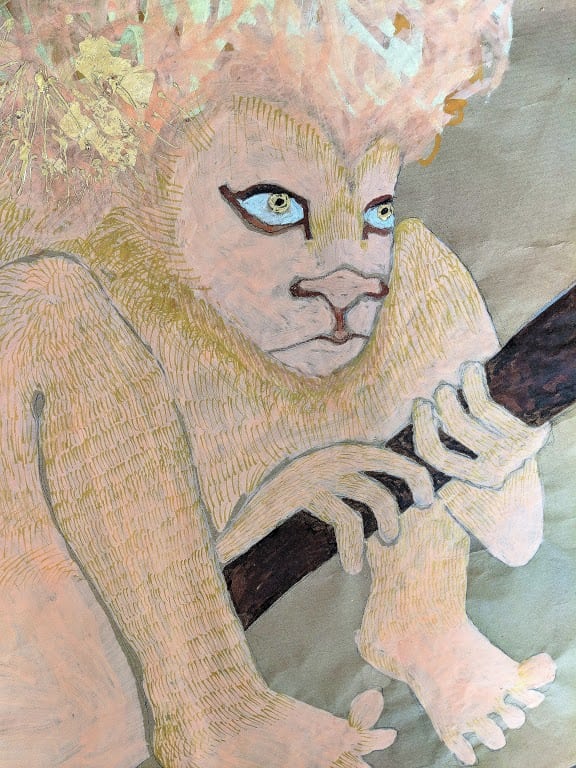 Jesse Darling, Lion in Wait for Jerome and His Medical Kit, 2018

Jesse Darling was named as one of our 2017 Artists of the Year, thanks to their work “freaking out” one Elephant contributor to the point of giving him nightmares. Darling’s current Tate Britain show is perhaps less terrifying, though no less moving. Entitled The Ballad of Saint Jerome, these new works riff on the legend of fourth-century Christian scholar Saint Jerome, and the lion, from whose paw he removed a thorn. The strange little lion is pictured here all wide-eyed and long-fingered, clinging from a branch with human-like feet and a peculiarly iridescent mane. The story goes that the lion became Saint Jerome’s lifelong companion, and the tale’s themes of power, healing, control, captivity and subjugation are what inspired Darling to create their own visual interpretations using everyday objects and materials including walking sticks, cabinets and disembodied hands.