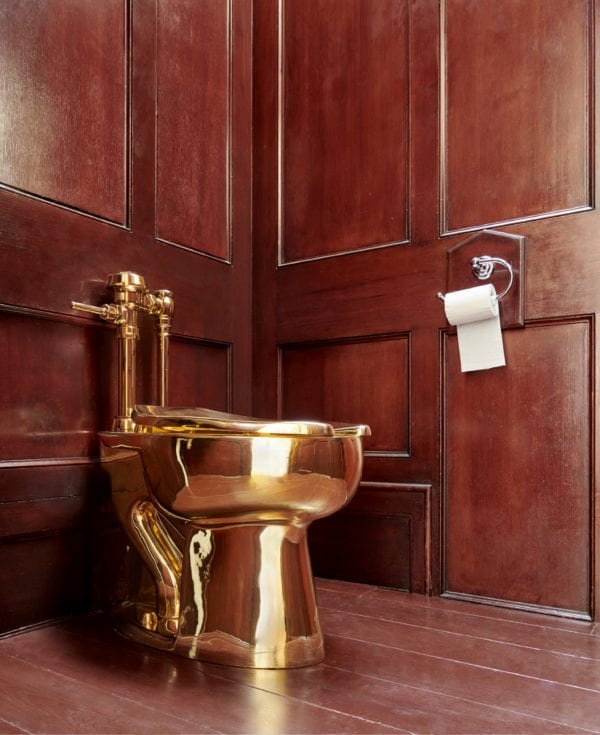 This is not your bog-standard bog: America (2016) is the missing solid 18-karat gold toilet by the satirical artist Maurizio Cattelan that was stolen only two days after it went on view—and use—to the public as part of the Italian satirist’s exhibition at Blenheim Palace, Oxfordshire. Cattelan—who is also known for his creation Toiletpaper Magazine—is clearly partial to a bit of toilet humour, but he can’t have been prepared for this. The heist has stunned the stately home, who were left to deal with flooding after a gang broke into the Palace in the early hours of Saturday and seized the loo (which was plumbed in). It is reported to be worth $6 million. The work was installed in Winston Churchill’s birth room at the Palace, as a reminder that no matter who you are, you have to poo—perhaps even the criminals have given the golden loo a go.