Although nudity is prevalent in art, it feels unusual to encounter depictions of the naked aging body. It’s even less usual to see the nude, older body portrayed in a manner that is vital and truly alive. Joan Semmel’s self-portraits are open and unflinching, but they can also be alluring and pleasurable—her close crops and intimate angles have less of the Jenny Saville exaggeration and more of the playful candidness of a quick photographic shot (many of her works do in fact come from photos, and in some she is shown holding a camera up, perhaps snapping herself in the mirror or her viewer’s intrigued watchful eye).

Although Semmel’s portrayal of herself is out of the ordinary, it also doesn’t feel in any way gimmicky. Exploring the naked, liberated, sexual body is, after all, something she has been doing for her entire career—this is a natural progression that isn’t defined to a particular age or body. The ease and openness that she achieved with her “Fuck Paintings”, based on witnessed events from swingers’ nights in New York, carries through to her recent self-portraits as we see her body, not in a state of heightened ecstasy but unshackled ease; the comfortable female form is unrestricted by the label of either chaste elder or sexualized, silent subject.

Of her more recent work, Semmel says: “I am older so the image is older and the subject becomes the flesh and perhaps mortality. Mortality is always sobering. To deny vulnerability is to deny reality. Vulnerability is there.”

Joan Semmel: In the Flesh 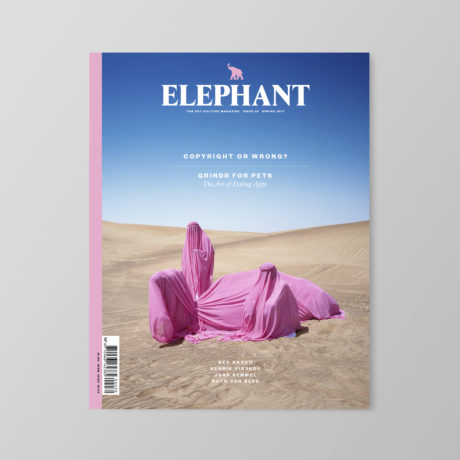