Out today on Artsy is Benjamin Sutton on Cindy Sherman’s Untitled Film Stills.

When I was a child, there used to be a common misunderstanding among my friends who came over to play. Much to my bemusement, they would ask if we were a devoutly Catholic household. “Why would you think that?” I’d reply, while surrounded by an elaborate display of velvet-clad crucifixes, votive candles and a particularly splendid relief panel depicting the Stations of the Cross. When this was pointed out I’d simply shrug. Sure, I had been baptised, but all talk of God stopped with my grandmother, whose stories from the Bible became enmeshed with tales of poltergeists and an encyclopaedic knowledge of Ancient Egypt and Tudor England—at least to my young mind.

The reasoning behind living in what was effectively a mini cathedral was down to my mother’s aesthetic sensibilities. As a child she felt short-changed by the austere, modernist church she attended weekly with her family, craving instead the opulent glamour found at St Mary of the Angels, where her friends went to mass, and she attended on occasion with school. Here, among the ever-expanding Italian community that populated her British seaside town, she felt a ritual sense of belonging and was enraptured by the dark and mystical nature of the ecclesiastical interiors, which were so clearly absent elsewhere.

By the time I was a child mum had transitioned into a lapsed Catholic—a New Romantic with a taste for the Baroque—waiving regular church-going for obsessive collecting. She had icons from Greece, Russia, Italy and every car boot sale along the south coast, filling our home with her findings. I remember a particularly unnerving sculptural portrait of the Virgin Mary, whose features were inverted so it appeared as if her face was turning to meet your gaze wherever you looked—it was in the downstairs loo.

Living in such a bizarre household had a peculiar effect on my relationship to faith. While these articles were originally intended to ignite awe and adoration in God, they became homely and comforting, inextricably related to my mother and, as far as I was concerned, entirely secular. I do not recall a time when religion ever felt like anything other than outlandish stories, and I staged a walk-out at school when I found out a Christian assembly was to take place (precociously claiming to my head mistress that every faith should be equally represented).

While I share my mother’s admiration for these objects, my fascination has always inhabited a strange liminal space that vehemently rejects the teachings of the church while remaining anchored to its aesthetics. More recently, working as a journalist has allowed me to keep a comfortable critical distance. I have marvelled at colossal sculptures in the Vatican; Caravaggio’s vision of St John the Baptist painted in Malta; and countless Byzantine saints, but I never experienced a transcendental moment until I travelled to the unassuming Tuscan village of Monterchi.

Here, nestled among the hills of the Tevere Valley, sits an old school house that is now a modest museum. I was invited to visit as part of a tour celebrating the work of Piero della Francesca, the remarkable fifteenth-century painter who was known as much for his mathematical expertise as his art. I had already seen several of his glorious works, which impart the grace of God with geometrical precision. But here, in a dimly lit room, I encountered something else altogether.

Under a swagged canopy, with curtains held back by two stocky angels, I saw a young, pregnant woman straining with the heft of her belly. Her dress has been let out at the loosely tied seams in order to cover her sizeable bump. She holds one hand on her hip in an attempt to alleviate the pressure, while the other rests protectively across her stomach; a weary half-grimace fixes across her face. This lady is tired and vulnerable, heavy with the weight of the imminent birth. It is a state that I have seen countless women endure, as every action becomes an arduous task and the notion of seeing one’s own feet a distant memory. She could be any number of others who have brought new life into the world over millennia, but she just happens to be the Virgin Mary.

As I sat transfixed by this all too human image, I realised that it was the first time I had seen any palpable evidence of the Madonna truly with child. Sure, there are plenty of depictions of her embracing and even nursing her young son, but Jesus in utero? Not so much. The technicalities of actually incubating a Messiah have been largely ignored in Christian iconography, apart from brief trends such as the one that swept fourteenth-century Tuscany. In most instances, images reveal nothing more than a slightly baggy robe and the aforementioned hand placement. Mary might have just had a big lunch.

“The Virgin Mary is defined by her role as mother, but she is an unassailable matriarch, not an actual person”

This should come as no surprise. Realistic images of any pregnancy, let alone a divine one, remain scant, with visions of childbirth even rarer (Charlotte Jansen has written extensively about the subject for Elephant). The Virgin Mary is defined by her role as mother, but she is an unassailable matriarch, not an actual person. For the most part, we are all familiar with the visual language that defines this woman, but it is all symbolism as opposed to humanity. She is shrouded in blue cloth, her head covered and topped with a halo, while her face holds an immeasurable sanctity. I have often marvelled at her image, but I had never felt truly connected to it.

But standing here, with this young, would-be mother, I was stunned. Until I set my eyes upon the Madonna del Parto I had never interrogated the fact that, however lifelike the representation, I had never seen anything relatable reflected back in the divine depictions I so adored. Here I saw a real woman, and I was moved. Not only because Piero managed to capture an almost imperceptible melancholy, which speaks to the anticipation and terror of having a child, but because on some level it reminded me of my own mother, who I had watched grow and swell with my little sister inside of her.

This image touched a part of me that I didn’t know was there. It wasn’t a call to God, but a deeper understanding of my own matriarchy. For me, the glorious iconography that fills me with comfort and nostalgia will always be somewhat superficial, but this image will stay with me. It reflects a much more complex portrait of religion, community and family, that seems rooted in a more tangible form of reality. But mostly it speaks to the specific bond between mother and child. Mum has always struggled to give me the best life she possibly can, and her love is where my faith truly lies.

Head to Artsy to read their latest story in the series, a piece on Cindy Sherman’s Untitled Film Stills 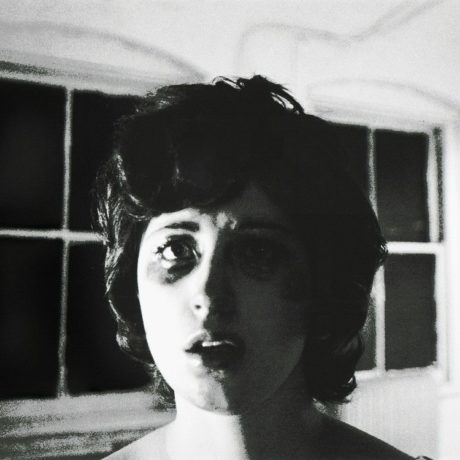