Worse for wear at the end of a wild night? As Y2K become a source of inspiration for a new generation too young to remember them, newly created nostalgia Instagram accounts like Indie Sleaze are capturing the chaotic atmosphere of overlapping music scenes dating from 2006 to 2012. Derived from the nightlife culture of major cities such as New York, Los Angeles, London, and Sydney, the visual aesthetic included sweat-smudged eyeliner, ripped neon clothing and sunglasses in the club.

As described by Dazed, the scene “championed a hyperactive aesthetic, pulling from the 1980s as much as they did 1990s grunge, capturing all the hedonism with spontaneous and provocative flash photography.” The term ‘indie sleaze’ itself was coined retroactively in late 2021, nodding as much to its hedonistic and subversive edge as to its distinctive aesthetic.

Images posted on the Indie Sleaze account often draw on the back catalogue of The Cobrasnake, an alias and blog title from US-based photographer Mark Hunter, who was active in the early 2000s. “They called me the Instagram before Instagram,” Hunter told W magazine. His flash-saturated snapshots of it girls, celebrities, musicians, and designers, sweaty at chaotic parties, were uploaded to his blog, which in turn became a proto digital directory of the in-crowd. But unlike Instagram, the power to build profiles and make careers lay with Hunter, rather than with the individual and the algorithm. 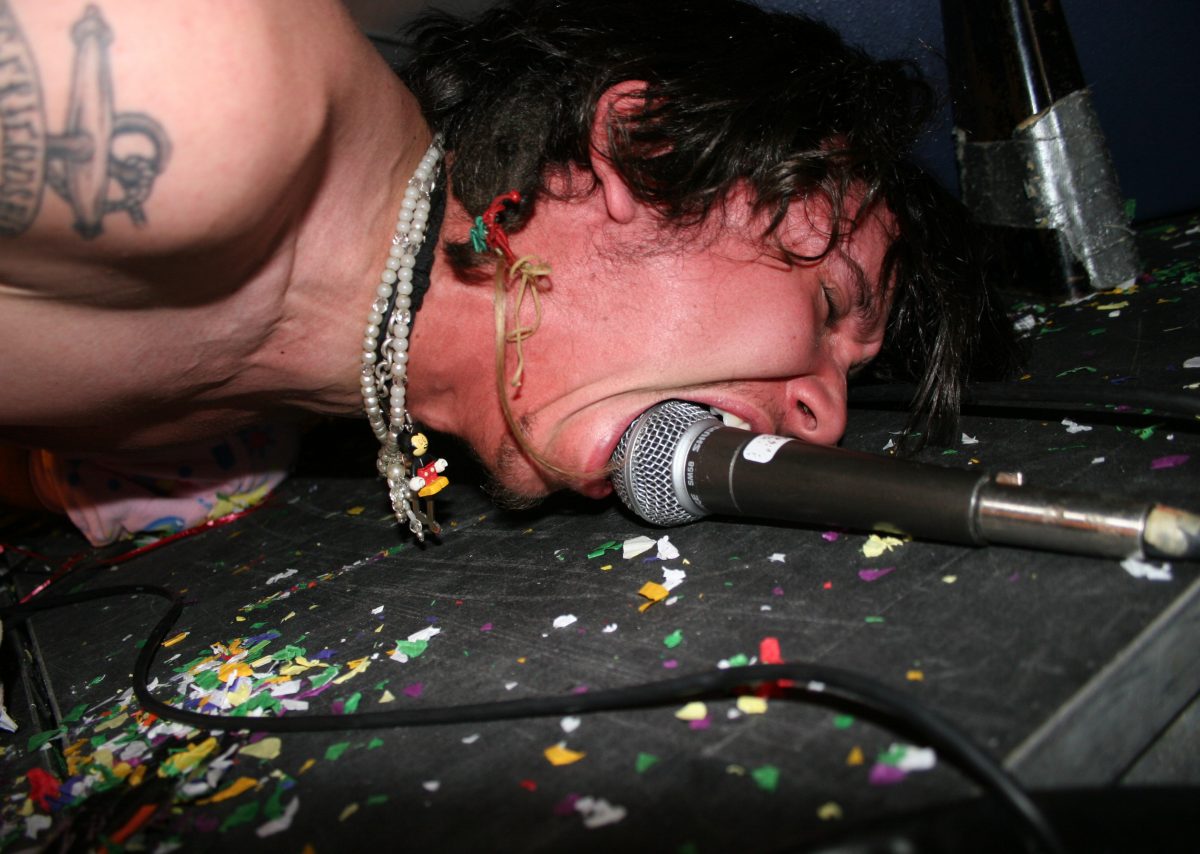 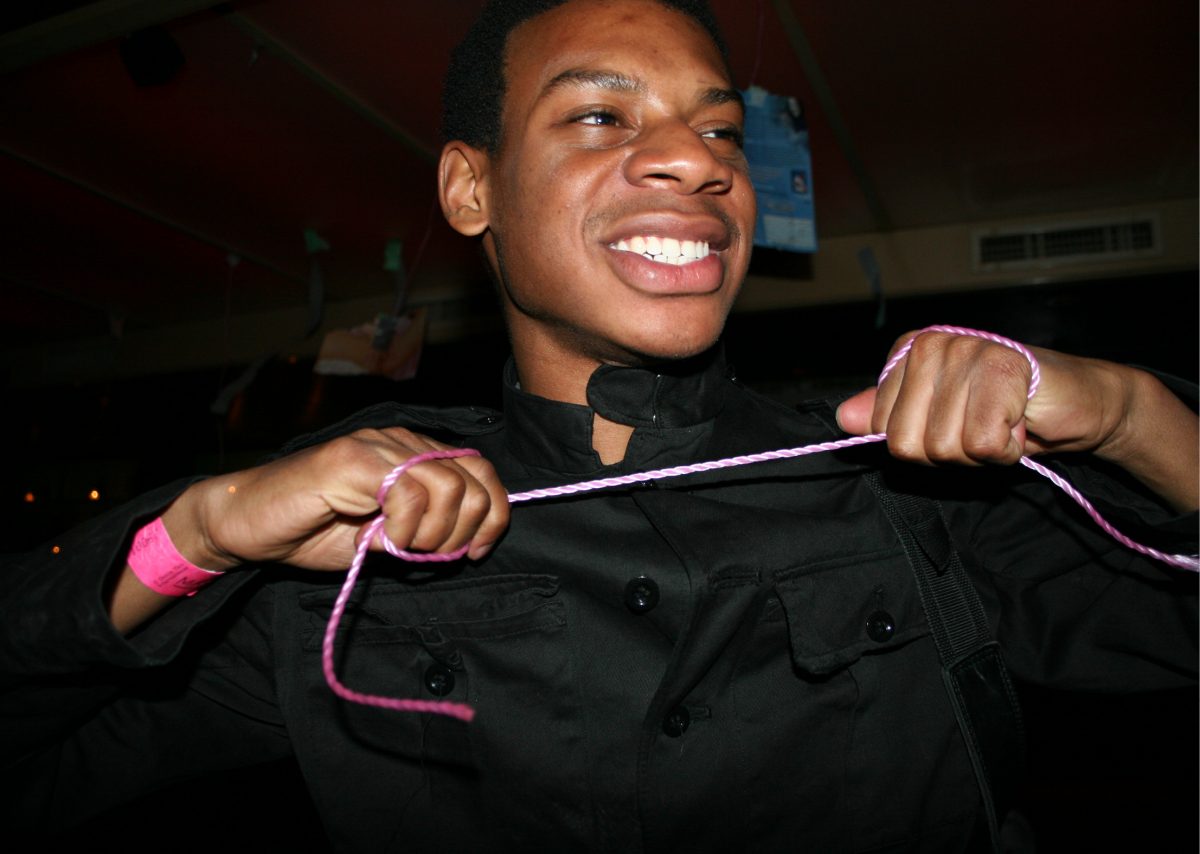 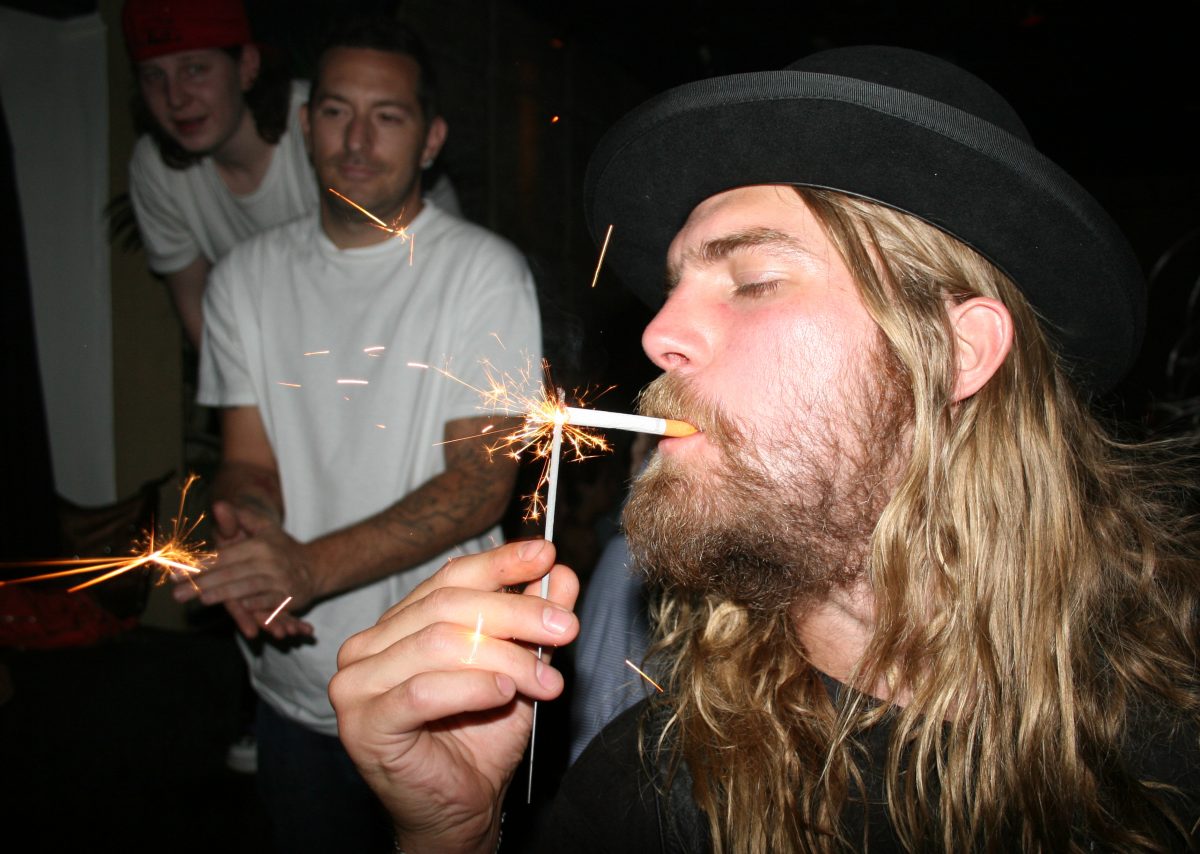 Cool kids were crowned on The Cobrasnake’s blog, and Hunter was kingmaker of the scene. A Cecil Beaton by way of Martin Parr, of early Web2. Designers and aspiring designers alike, from Karl Lagerfeld to Telfar Clemens, musicians like Katy Perry, Taylor Swift, Kanye West, the Yeah Yeah Yeahs, and Justice; it-girl actresses Lindsay Lohan, Chloë Sevigny, and Aubrey Plaza, and anyone else who looked hot, fun and stylish enough to make the edit, built a picture of raucous fun.

“For the individuals photographed, making it into the photo edits added a micro dose of paparazzied gloss to their burgeoning online personas”

For online onlookers the blog represented a map of crossed connections and social circles. Just as the society pages of upper-class bible Tatler might provide a window into an aspirational world of glamorous parties out of reach to ordinary folk, The Cobrasnake presented a cool clique of party people who seemed endlessly globally connected.

“You could splash into a city and just like, go to American Apparel. I’d go in Chicago and those twin girls were working there. I’d be like, “What’s going on tonight?” Then they’d bring me to some party; I’d run around, take photos with them. It was that true, organic discovery,” Hunter told i-D magazine, explaining the ways in which the IRL and online scenes interacted.

“Since socialising returned with a vengeance, so too have some of the older and more established methods of organising ourselves into cliques”

The New York-based poet Rachel Rabbit White went further in elucidating the various ways in which The Cobrasnake melded the digital realm and real-life interactions. “If you’re new to the scene, you look at the ‘Top 8’ [on the now-defunct MySpace social media platform] of the coolest person you know, see what music they list in their ‘fave music’ section, see there’s a Cobrasnake watermarked photo, then another and another,” White recalls. “You start going to those parties. If you were shot by a party photographer, it might show up in Vice or some other little music magazine. Now your photo is in print, so you feel like the scene is famous. So, by default, you’re famous, almost famous.”

In an individualistic era of influencers, these photos make the Instagram celebrity (stood alone, perfectly dressed, posed in a carefully curated home or holiday location) look try-hard and even friendless. The Cobrasnake’s photos convey a social currency built (rightly or wrongly) the old-fashioned way: through knowing the right people, being at the right parties and, of course, being photographed by the right people. They hark back to a time when social currency wasn’t derived from followers and engagements, but rooted in IRL social capital. Hunter’s photographs also represent a frontier moment when this began to merge with our online lives.

The rise of the Instagram influencer in the 2010s gave agency and career control to a larger number of women than ever before. If male fashion photographers like Michel Comte, Herb Ritts and Arthur Elgort could make or break the names of 1990s supermodels, today’s aspirational It Girls posted and hashtagged their ways into our collective consciousness. While discussions around who is favoured by the algorithm and sponsored content (including accusations of racism) have shown that it’s still not a level playing field, this class of internet celebrity put themselves on the radar. They are self-determined, even if not entirely self-made.

In the age of ‘indie sleaze’, the gatekeepers of It Girl infamy were men with cameras. Though you’d have to catch the eye of the right photographer to make it as a proto-online-celebrity, many who were in their late-teens and early twenties during this period will remember the standard post-night-out practice of uploading entire albums from a small digital camera straight to social media (MySpace and later Facebook). In doing so, they generated microcosms of the sort of glamorous coterie The Cobrasnake photographed and upheld.

Club nights hired their own photographers. MySpace even put on their own co-branded events, which were photographed accordingly. Vice magazine threw parties, and created blogs, and printed their best snaps in the back pages. For the individuals photographed, making it into the photo edits added a micro dose of paparazzied gloss to their burgeoning online personas.

In stark contrast, teens and young people today spent their formative years isolated in lockdowns. It’s not surprising that they’re now indulging in nostalgia over an era of debauchery that they narrowly missed out on. But the era of the influencer as we know it is arguably over, no longer exclusive or unattainable enough to feel aspirational. Instead attention is returning to a more traditional, IRL route to social cachet, based on who you know and where you hang out.

This can be seen in the media coverage of ‘Dimes Square’, a small corner of New York whose myth gained outsized influence this year beyond New York City and even the United States following an article published in The New York Times. Even The Cobrasnake himself is shooting parties in the city again. Since socialising returned with a vengeance, so too have some of the older and more established methods of organising ourselves into cliques and hierarchies. That one of the original power brokers of IRL-meets-URL social cachet would be in amongst the crowds makes perfect sense.

Laura Havlin is a London-based editor, writer and content strategist

The Cobrasnake: Y2Ks Archive by Mark Hunter is out now (Rizzoli)

All images from The Cobrasnake 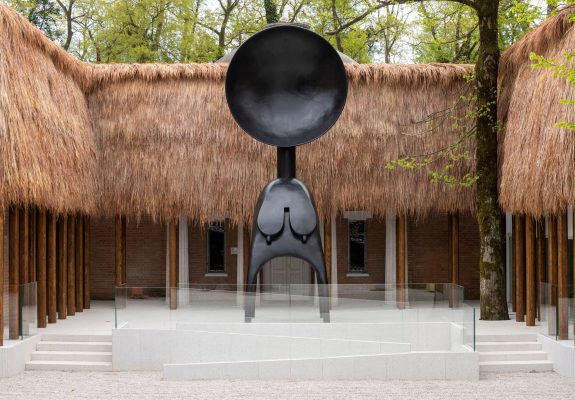 Access All Areas: Elephant’s Guide to the 59th Venice Biennale

Why Is Venice Drowning in Gloop, Goo and Gore?

The 2022 Biennale is obsessed with bodily fluids. Emily Steer dives into a sticky subject…
Read More 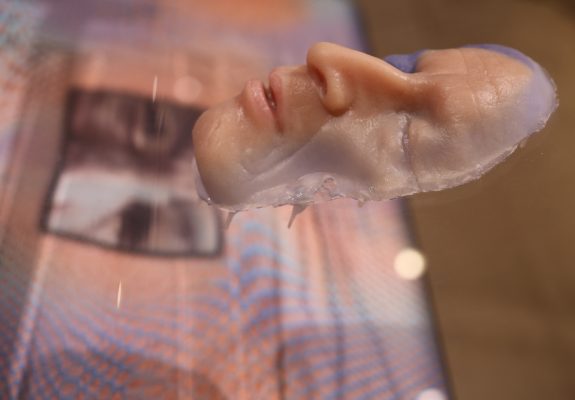 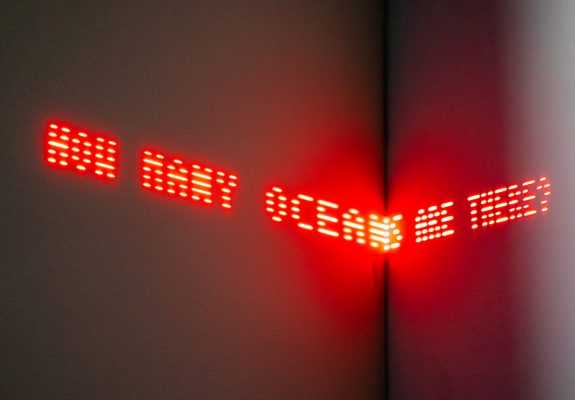 From robot painters to performance art designed by computers, the city of canals was filled with high-tech creations
Read More 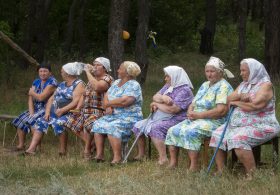 Ukraine Days by Vinca Petersen Celebrates the Spirit of the Nation 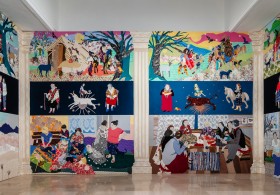 Material Gains: Unpicking Art in Fabric at the 2022 Biennale 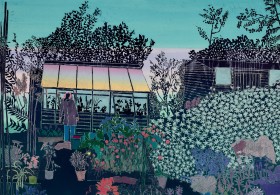 Can Art and Horticulture Grow Together? Meet the Avant Gardeners… 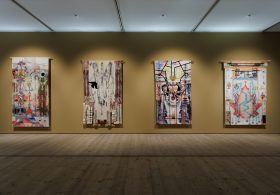 The BALTIC Interviews: “Every Time I Come to Your Studio it’s a Magical Place” 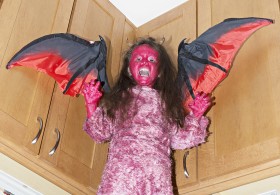 Child’s Play: Is It Time to Let Kids Loose in the Art World? 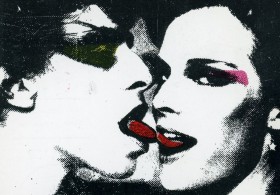 Dancing to a New Beat: The Pulsating Art of Valencia’s Club Scene 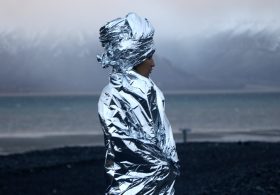 Switches and Wizards: A Spellbinding Collision of Magic and Technology 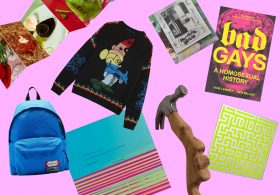 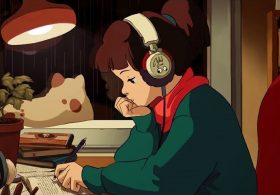 Licence to Chill: Why Is Lofi Girl Our Dream Study Partner? 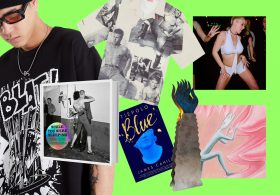 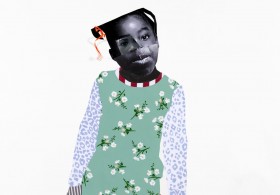 A Cut Above: The Women Using Collage to Assemble Their Own Art Spaces