It’s not easy to romanticize public toilets. Unless, of course, you’re as talented as Ralph Dunn, whose photographic series Public Toilets simply uses architectural snapshots to pay homage to the history of gay cruising grounds. Dunn, who works across video, sound, photography, sculpture and print, says he believes “in the holistic practice of art as an act of survival, a form of resistance to the mainstream, an open enquiry and reflection… I make art because it turns me on.” While he’s not an emerging artist as such, Dunn’s work is being celebrated now to coincide with his being featured in the Whitechapel Gallery’s show Queer Spaces: London, 1980s – Today, which runs from 2 April to 25 August. The show combines archival material with works by artists concerned with celebrating and exploring  LGBTQ+ cultural life, highlighting that carving out space for such works in the wake of the closure of numerous queer spaces in the capital is more important than ever. (Emily Gosling)

Sunil Gupta is well known for his activist art, which brings queer concerns to contemporary culture. Born in India, raised in Canada and sexually-educated in New York, he is now settled in London. His latest exhibition, Christopher Street at Hales NYC (30 April to 1 June 2019), promises to broaden and deepen our understanding of his work and its importance. Present and participant at the Stonewall Riots in New York in 1969, Gupta’s experiences of the sexual, social and cultural revolution taking place in the city collided—as if astrologically—with his awakening as an artist. The first pictures he took in 1976 were of people on Christopher Street at the peak of gay liberation, shot on black-and-white film and developed at home in his bathroom. The series is a document, but it is in no way an objective or impersonal one. Gupta was remarkable for finding a new route for photography, one that runs between the public and the private. The show runs until June 1; don’t miss it if you’re in town. (Charlotte Jansen)

Drawing on his Masters studies in sociology, Austrian painter Bernhard Buhmann creates his own interpretations of our technologically-minded world with joyous, abstract paintings that nevertheless leave tell-tale signs of figuration and narrative. In his latest series, on show at Carbon12 in Dubai until 1 May, he reimagines classic arcade games using an oil palette devised from the original 216 “web safe” colours, reformatted in smooth, glossy surfaces that ebb and flow between gradients. Despite nods to cubism and the earliest roots of abstraction, Buhmann’s works are anything but austere. Somehow his carefully crafted compositions always relay an element of tongue-in-cheek humour, told in a purely graphic form. (Holly Black)

Here at Elephant we have long championed the incisive, deeply human work of Eva O’Leary. One of her portraits, of a shy school girl who she met by chance on a boardwalk at a public beach, even graced the cover of our Autumn 2017 issue. The New York-based photographer is particularly interested in the lives of adolescents, as they undergo the transition from youth to adulthood and all the associated challenges that go along with this. For her series Happy Valley, she gained access to college parties, dorm rooms, and proms and other social spaces of those in the midst of pivotal coming of age moments, photographed in and around her hometown of Central Pennsylvania. Images from Happy Valley are included in a new four-person group show, titled Close to Home, at Los Angeles gallery Shulamit Nazarian (until 6 April). As she stated in an interview with Elephant, “Photography lets me study the things that upset me, confuse me, terrify me, all in a really specific and incredible way. It lets me interact with the world directly.” (Louise Benson)

Ruth Van Beek isn’t exactly a photographer; she describes her work as “interventions into photographs” that already exist, like old photo books. Her work is more like a set designer or a sculptor: she snips, slices and slides her way into this imagery, animating the inanimate with colours, form and folds. We’ve long admired her playful way with abstraction and her latest artist book, How to Do the Flowers, turns this visual trickery back on the viewer: what you spot in her suggestive shapes will depend on your own memories and interactions. It is showing this month as part of a solo show Ncontemporary Project Room Milan, alongside  her series Rehearsal 1. (Charlotte Jansen) 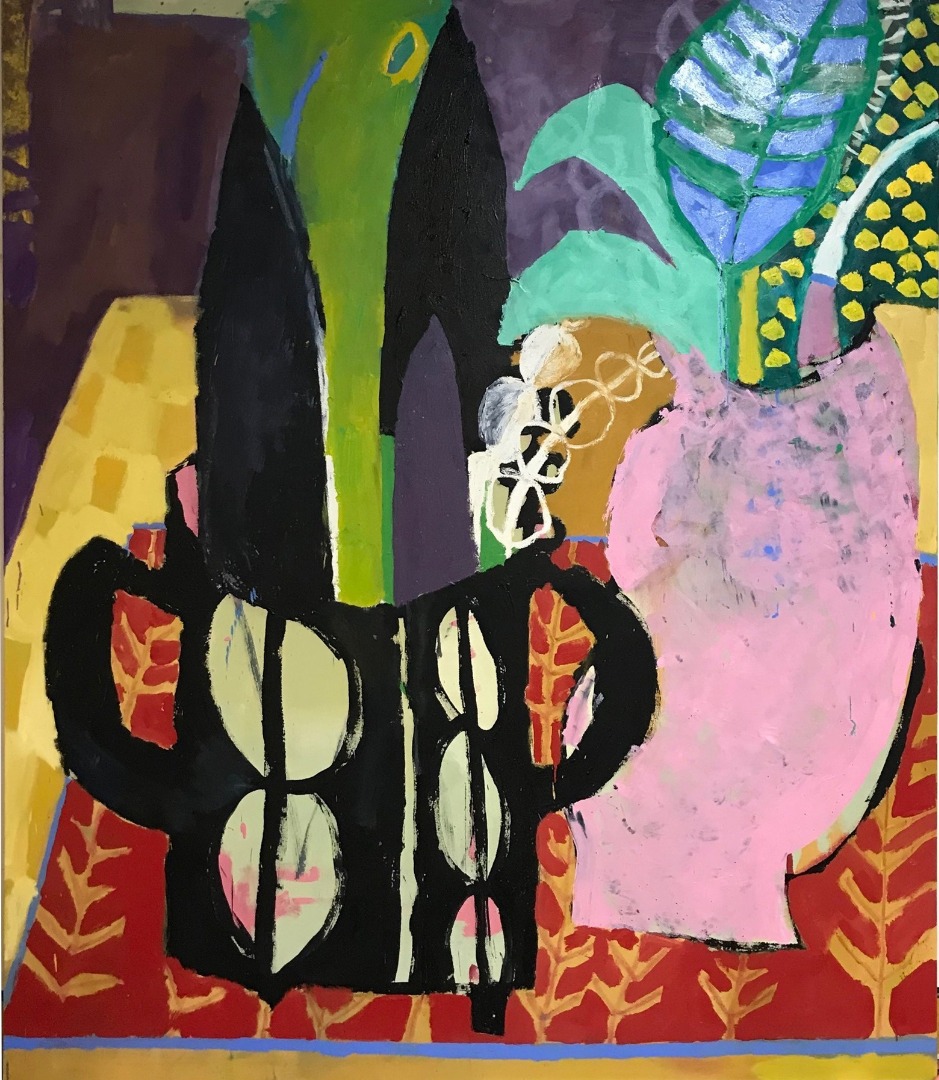 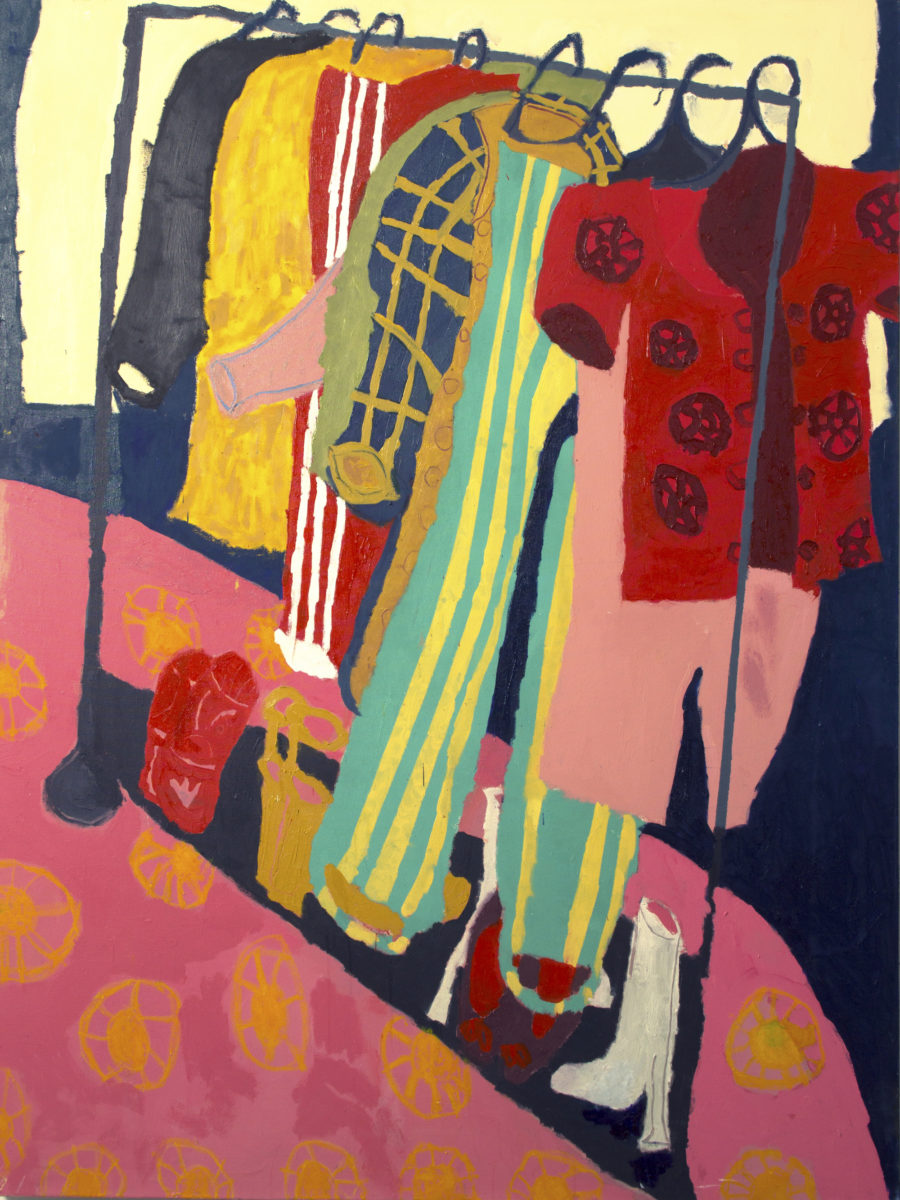 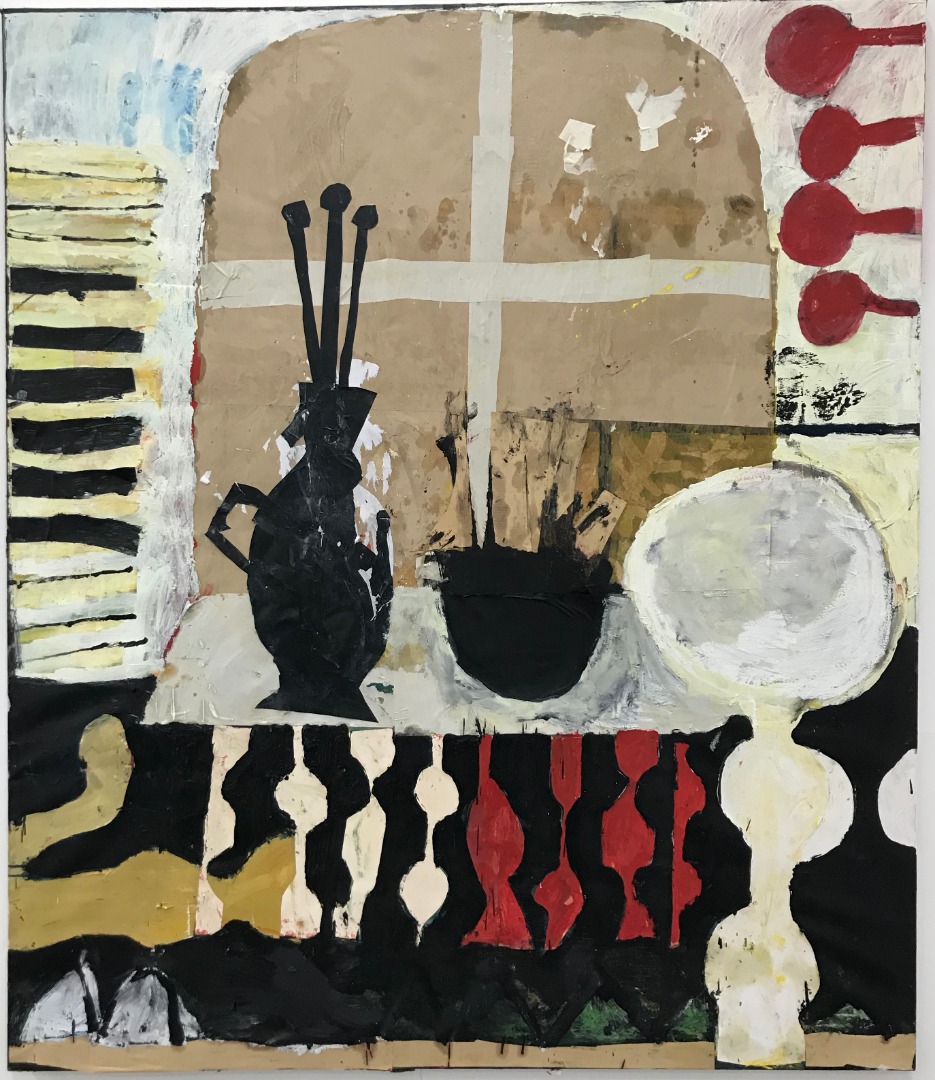 Florence Hutchings is a London-based artist who’s already developed a distinctive, accomplished style despite still studying in her final year at the Slade School of Fine Art. Her work is beguiling in its sensitivity and boldness with colour, depicting domestic still life scenes in unusual, abstract guises. Her abstractions are informed by Georges Braque, and her way with cutouts has seen her dubbed (slightly cringe-ily) the “millennial Matisse.” The artist says that colour is “something that never ceases to be fun and surprising… it’s part of what makes the process of painting so exciting for me.” It seems she’s pretty hot property at the moment, having sold out her work in just forty-five minutes at a recent show at London’s Delphian Gallery. We’re into the gestural, bold qualities of her painting; which mange to make the most banal objects feel vibrant and new. Hutchings’s work is currently on show at the Saatchi Gallery’s group exhibition Kaleidoscope, which runs until 5 May. (Emily Gosling)

Iranian-born, Brooklyn-based artist Kamrooz Aram investigates “the complicated relationship between traditional non-western art and western modernism” by exploring the motifs and ornamentation that have spanned the void. In his most recent exhibition at Green Art Gallery in Dubai (until 5 May), he deconstructs the Arabesque, creating beautiful large-scale paintings full of fractured sweeping lines and textural surfaces. Through sculpture and installation, he also investigates the supposed neutrality of museum display and its inherent hierarchies, where decorative and fine arts have historically been separated. (Holly Black)

Swiss artist Christina Forrer brings together a profusion of bodies and fantastical figures in her tapestries, paintings and drawings, mixing a cartoonish sensibility with folkloric tales. Contemporary mythologies rise and fall in her compositions, as speech bubbles and dreams are depicted pictorially, and animals and monsters abound. Long, wiggly tongues symbolize speech, desire and conflict all at once as they clash and entwine in evocative shades of pink. Forrer grew up just outside Zürich, and went to study in California at the Art Center College of Design, Pasadena. She has continued to live and work in the US ever since, and is currently the subject of a solo show at Luhring Augustine in New York (until 20 April), following on from a previous solo show at the Swiss Institute in New York. (Louise Benson)