The Price of Everything, Nathaniel Kahn’s film about the relationship between art and money, is at once a serious story of unresolved questions about the art market and a riotous goggle-eyed voyage into the higher echelons of the art world. The director—author of the Citizen Kane-like 2003 documentary My Architect, a portrait of his father Louis Kahn—prefers showing to telling, so those looking for a ruthless, terrier-like piece of investigative journalism will come away disappointed. This film is more about the threading together of significant encounters with various high-profile players whose pronouncements about the rules of the game are allowed to trail off and resonate, leaving the viewer to draw their own conclusions.

The star turn of the film is provided by Stefan Edlis, a German émigré who moved to America aged fifteen and, when he made his fortune in plastics, started collecting art with his wife Gael Neeson. “To be an effective collector, deep down you have to be shallow,” he says cheerfully, pointing out that the maximum number of artists he can handle in his collection, forty, is the same as the number of stocks that a financial analyst is able to follow. There are rules of thumb for collecting: “Red is better than brown”; “Never buy any pictures with fish.” Edlis and Neeson buy what they like, but they have also been shrewd in their investments: the Jeff Koons Bunny they bought (against all expert advice) for $950,000 is now worth 65 million. One of the best scenes shows them wandering delightedly around the rooms where the stupendous collection they have gifted to the Chicago Art Institute is displayed, and making everything beep by getting too close to the works.

Unavoidably, this teeming film can only glide over its subjects. Edlis and Neeson deserve their own in-depth documentary, as do wonderful artists Larry Poons and Njideka Akunyili Crosby, or the irrepressible and rather alarming Amy Cappellazzo, Sotheby’s chairman and executive vice president. She is a pantomime art world character, with her almost too knowingly emblematic choice of jewellery (various styles of gilt chains) and dismissals of Gerhard Richter’s reservations about the stratospheric price of his works, which he would much prefer to see in museums, as his “socialist-democratic way of avoiding dealing with rich people who want [his paintings]”. Who is right? Larry Poons, who says that art and money “have no intrinsic hookup”? Or art dealer Gavin Brown, who says that art and money are like Siamese twins? Behind glitzy and ludicrous surfaces there remains, throughout this open-ended film, the complicated question of ethics, which opens many lines of flight.

The Price of Everything 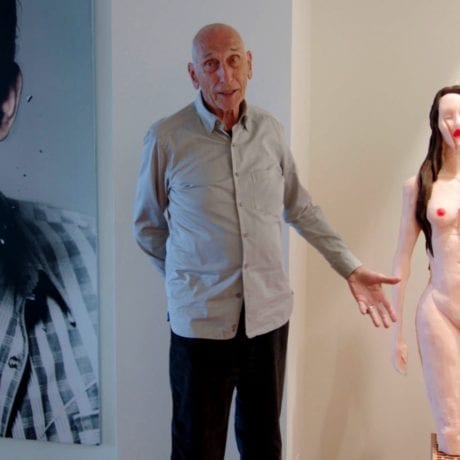