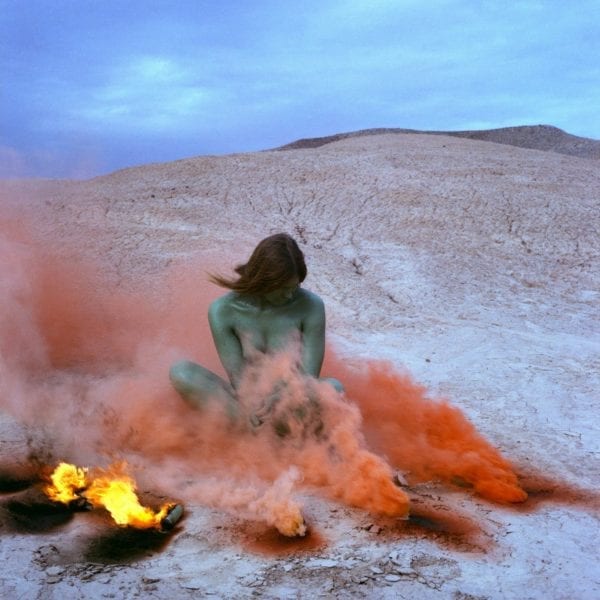 The expansive herstory show—Still I Rise—is on to its third iteration and a new venue, this time the Arnolfini in Bristol. Looking at movements and modes of resistance from different times and places, this critically-acclaimed show has already travelled to Nottingham Contemporary and De La Warr Pavilion; when it arrives in Bristol, new commissions, performances and events will be added to relate specifically to Bristol’s own history and legacy in the Transatlantic Slave Trade in particular, as well looking to histories of feminist movements out of Bristol, featuring a range of material from Feminist Archive South. Initiated in 1978 and based in Bristol, FAS is said to be the UK’s first archive of feminist writing. Also among the seventy international artists included is Judy Chicago, whose iconic Immolation IV, part of a series Atmospheres, involving women’s bodies and smoke, serves a bold and ineradicable emblem for resistance. Taken in the desert in California in 1970, the image features the cyberartist Faith Wilding, her body painted and swathed in smoke. Chicago was interested in the history and practice of immolation, both forced and voluntary, and even trained in pyrotechnics herself.