For my most recent exhibition at Transfer Gallery, Speculative Fetish, I experimented with many new tools, beginning while I was in residence at Jamaica Center for Arts and Learning. Nail polish acts as glue for wires that are connected across “gender” and type in a series called Queer Connections, while the series The Fetishes is composed of laptops, iPads and iPhones adorned with faux fur, moisturizer, lipstick and contact lenses. On one of The Fetishes, viewers are confronted with a dense thicket of pubic hair, under which an abstract, gyrating snippet of flesh plays as a GIF. The piece is inspired, in my mind, by a 1995 Matt Mahurin illustration of a naked person hugging a glowing computer that appeared in Time as part of an alarmist piece about pornography and the web. I wanted to create a screen that would glow under a mass of pubic hair, and so I set out to build a collection of pubes. I would, for about a year, gently comb for loose pubes and collect them in a baggie that lived next to my side of the bed (much to my partner’s chagrin). It was a late night studio practice ritual, the last thing I would do before giving up work for the day. 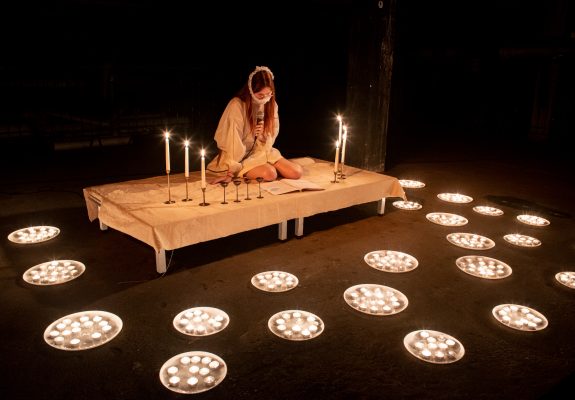 Road to Recovery: The Women Turning Illness Into Sick Art

As a new book examines the way female illness has been marginalised, Chloë Ashby looks at female artists shedding light on their own ill-health.
Read More