What should I do with myself now that I’ve graduated from art school?

Hopefully you’ve had a lil’ summer break, decompressed after the chaos, and congratulated yourself for coming out of the other side of the absolute shitstorm that is higher education. It’s been a rough ride, so congrats.

Now, though, a huge structure has just dissolved away from you, and the options are endless. It can be a scary moment, and it’s really normal to not know what the fuck you’re doing.

After you’ve let yourself be shaken, ask some chunky questions: what do you want the shape of your life to be like now? Not in 25 years, but right now.

Break the question down into smaller parts. What makes you happy? Is it art? What about it? Making it? Writing about it? Talking about it? Organising its display? And how do you want to do that? And where? Be honest, and think super practically. There are no wrong answers.

“Graduating might change the shape of your practice, but you can lean in and really focus in on the things you’re interested in”

If you want to continue being an artist, but have no idea how to go about that, Gab wrote a text that you might find helpful! It wasn’t written for people to follow step by step, but it is a description of one way we’ve seen artists climb the ladder.

It can be really hard to sustain an independent artistic practice outside art school. It’s easy when you have a studio to go to every day, peers to chat to, and a building full of workshops and resources. Once you’re out, all that just peels away.

If you want a studio, you have to pay for it, balancing that as an expense alongside rent, find the time to make work around your day job, try to go to openings… It’s a lot! But the pace you worked at at art school doesn’t have to be the pace you continue at now. Art school forced Zarina into a productive rush, but when she left maintaining that pace wasn’t sustainable.

She started making one artwork a year (barely). She can think properly about what she’s making, and that makes Zarina much happier with what she does make. Graduating might change the shape of your practice, but you can lean in and really focus in on the things you’re interested in.

Where would be best for you to work? That doesn’t have to mean London! If you didn’t grow up in the capital, and have to move back home now, it’s not the end of the world. It can be easier to thrive in a smaller, more supportive local scene. You won’t have to worry about insane London rents, and there can be more opportunities for emerging talent.

It’s also possible that you’ve left art school only to realise that you’re not really an artist. You can always stop, get a normal non-art job, and just detox all the creative industry bullshit. There are also art-world jobs that don’t involve being an artist. They might be more your speed.

There’s no shame in tapping out if that’s what you need, and it doesn’t mean you can never return to art later on. There’s no right way to do life, and none of the decisions you make now (or ever, really) will irreversibly close doors for you. You can always return after a break, and your practice might be better for the time away.

“Ask some chunky questions. What makes you happy? Is it art? What about it? Making it? Writing about it? Talking about it?”

Here’s what we did when we graduated in 2016: we both moved back in with our mums, so we didn’t have to worry about rent. For Zarina, this was north London. For Gab, this was Liverpool. We both got part-time jobs; Gabrielle worked in a shoe shop, for a charity, and now she runs Output (a gallery in Liverpool city centre). If you want to find out how that last job came about, she wrote a text about it too.

Zarina ran the social media accounts for a series of shitty start-ups, did copywriting for more shitty start-ups, worked at a VIP travel company, and now works at a sustainable fashion social enterprise. She prefers having a part-time job outside the art world, and makes more money in her current job than she would for the same job in an arts institution.

We’ve always had part-time jobs alongside White Pube. Gabrielle moved out in summer last year, but Zarina still lives with her mum. None of these things are signs of failure, they’re just the reality of an arts career, so don’t be hard on yourself.

Life is mad, but you’ve achieved so much just getting this far, and at a time like this! We’re proud of you all. You’re gonna knock ’em dead.

A virtual dry-run might inspire you. Try Red Dead, The Witcher, Skyrim, Breath of the Wild, Ghost of Tsushima, or God of War. Death Stranding is a favourite, but there are more light-hearted titles such as Stardew Valley too.

We have just finished playing Red Dead Redemption 2. Starting an open-world game initially felt quite scary: we could go anywhere, do anything! It was jarring. But by the time the credits  rolled, 60-odd hours later, we were proud that we found the bravery and creativity needed to play a game like that.

“When playing games like this, we find that we plan things out more in our real-life day-to-day”

Speaking to other friends who had also completed it, we realised all of us had played a slightly different story because of the places and people we’d encountered, and the order we’d approached it all.

When playing games like this, we find that we plan things out more in our real-life day-to-day. We think about our purpose, and what we need to achieve. And just as in an RPG, we also remember to look after ourselves. Perhaps a game like this could offer you a virtual training exercise too, as well as inspiration to create your own story. 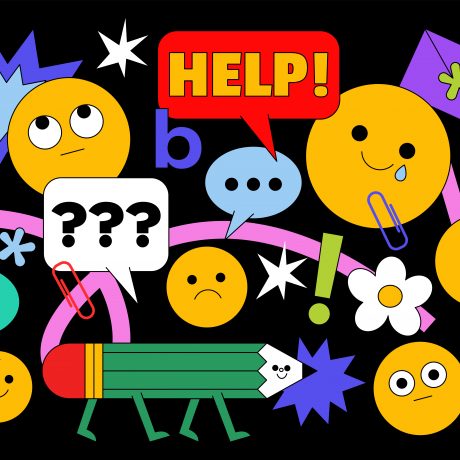