“Glide your eye into the painting, onto the raft, up to the back and its outward-looking figures. Then skim across the surface of the sea like a flat stone, or dive in through the rough waves to the deep distance, to that ship. Climb on board. Now turn round. What do you see? Is there any life in that blackness, or is it all lost?”

In Wreck, artist Tom de Freston asks the reader the same question (“Is it all lost?“) that he asked himself in March 2020, when his studio caught fire and the blaze consumed a career’s worth of work. Among the debris was a printout of Théodore Géricault’s The Raft of the Medusa (1819), “the image that started everything.”

De Freston had long been obsessed with this monumental canvas, and after his father, whom he describes as “part-monster”, died in 2013, the simmering obsession came to the boil. The Raft became the central reference point in his paintings, and it’s also the beating heart of Wreck, a remarkably ambitious book that blends art criticism, biography, and memoir.

Géricault’s masterpiece hangs “huge and heavy” on the wall of the Louvre. A wooden raft buckles under the weight of human flesh. The viewer is tugged into the image through a chain of intimate connections: a wilted corpse ruptures the picture plane and gives a point of contact; a jumble of weather-beaten limbs projects upwards; necks crane and outstretched arms pierce the roiling clouds above. The cycle spells out the terrors that faced the 150 people who were left stranded after the shipwreck of a boat en route from France to Senegal in 1816.

“It is a painting that hits you all at once and then unfolds itself in parts,” writes de Freston, who begins each chapter by putting one such part into words. As he does so, with passion and clarity, he has you eagerly flicking back and forth to the painting reproduced on the book’s end papers. And to the work of others, from Michelangelo and Caravaggio to Helen Frankenthaler and Lee Krasner. In contrast to the paintings of Jacques-Louis David, de Freston writes, “Géricault brought to light the bodily imperfections that had been denied in the slick smoothness of Neoclassicism.” 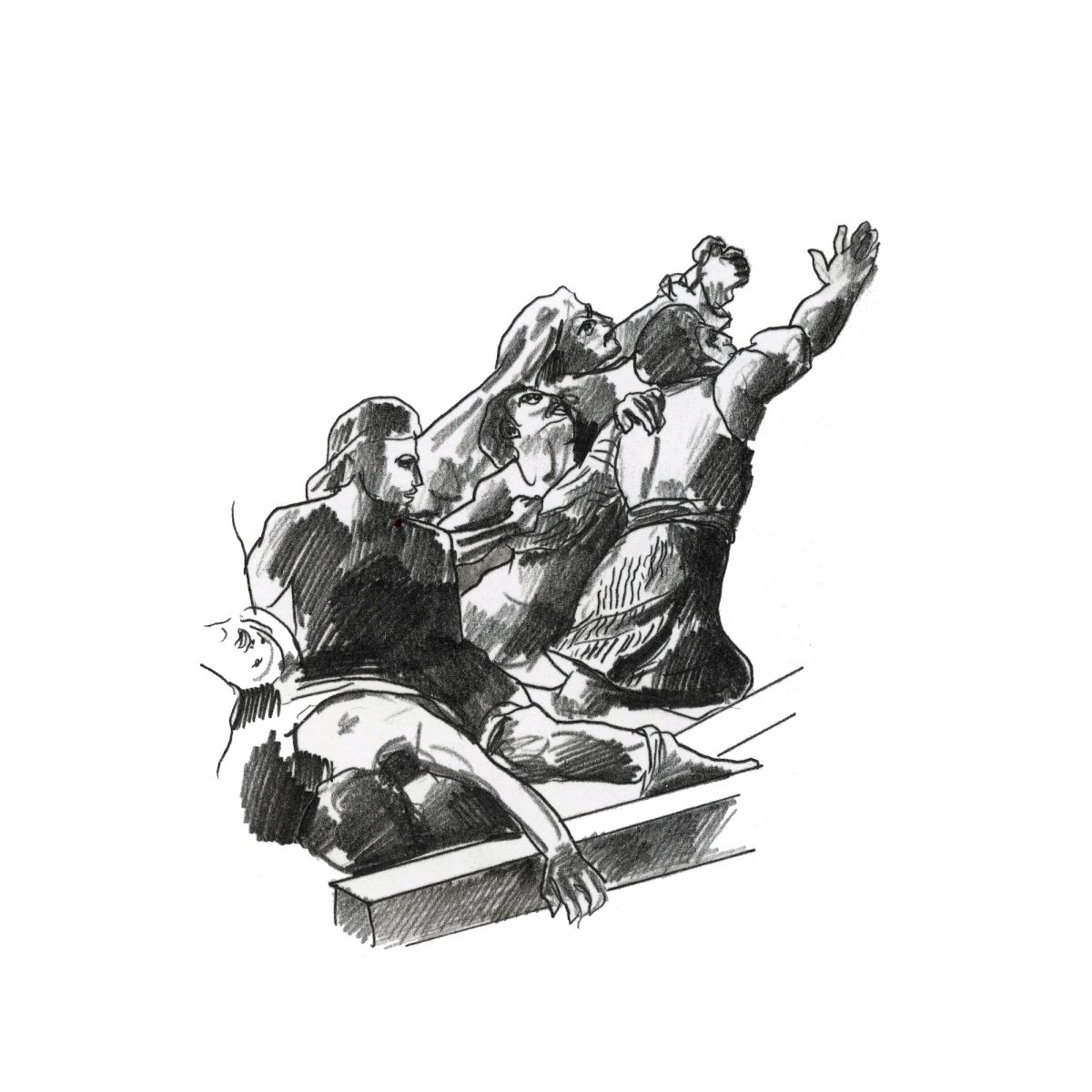 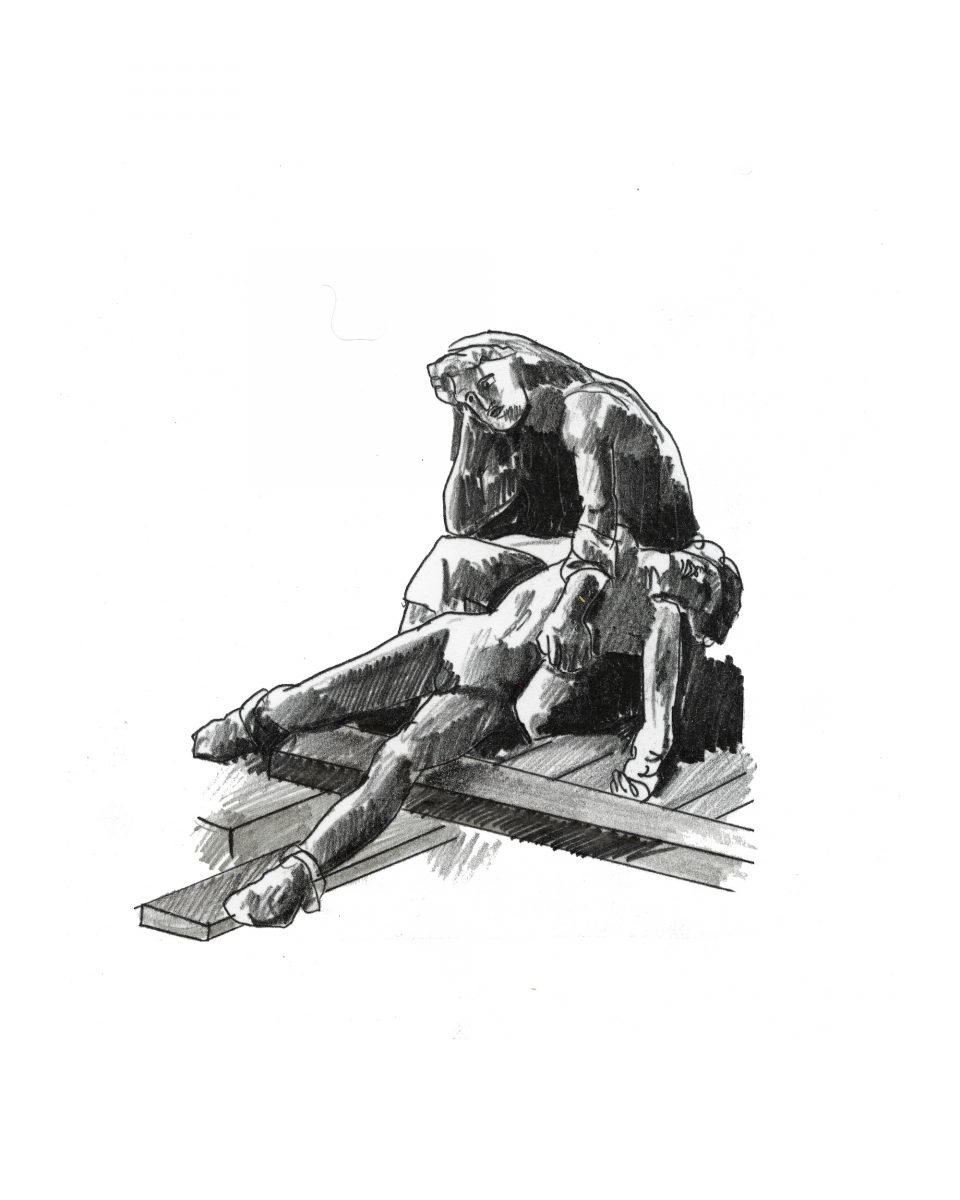 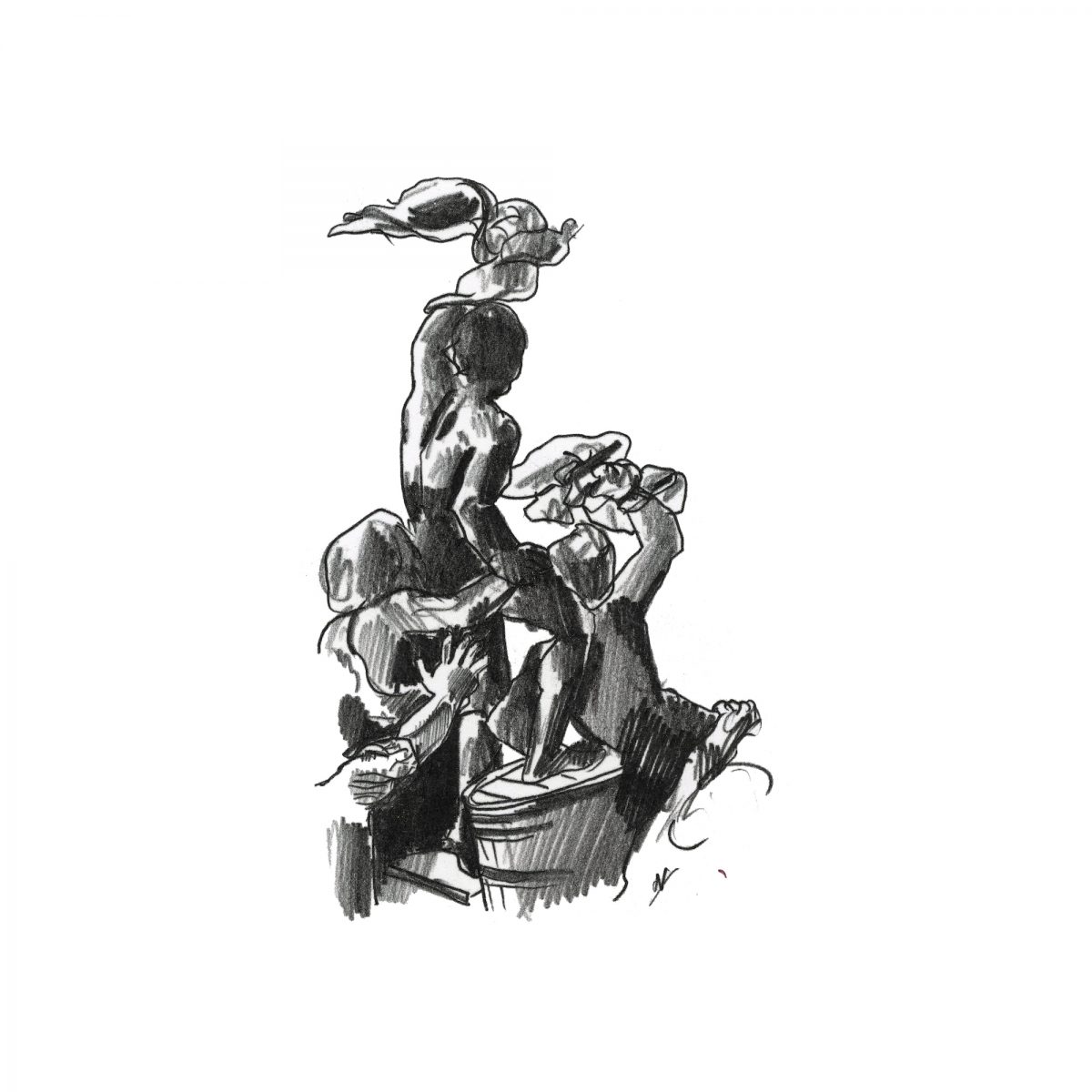 Stretches of visual analysis are followed by anecdotes from Géricault’s life: among them, his amorous affair with his aunt, Alexandrine, and his late-night trips to Beaujon Hospital, across the road from his studio, to collect body parts to sketch. Géricault sought to capture the chaos that came with France’s violent expansion during the Napoleonic era and “the changing psychological landscape of a country and its engagement with war”. After hearing the story of the shipwreck from Alexandre Corréard, one of the few survivors, he felt compelled to stage the catastrophe as a work of art.

“De Freston’s quest to translate trauma into art might have been bleak, but his lyrical prose finds beauty in the dark”

Throughout his life, de Freston experienced a similar compulsion: “to look at the suffering of the world and paint it.” In 2017 he met Professor Ali Souleman, a Syrian writer blinded by a bomb blast in Syria, and the pair decide to collaborate. “Ali as my witness, my equivalent of Corréard, and I his Géricault,” writes de Freston. “The coincidences seemed crass, but to Ali and me they were undeniable.” The passages that describe Souleman’s visits to de Freston’s studio, and the way he ‘sees’ art through touch, are among the most poignant.

At times, Wreck reads like a novel. There’s an urgency to Corréard’s tale of being lost at sea, and to the fleshy horror that unravels amid the crashing waves. The narrative skips from imagined conversations between Corréard and Géricault to recalled conversations between Souleman and de Freston. As Souleman writes in an email printed towards the end: “Is this life or is this fiction or something in the middle? I just don’t know.”

“The Raft is the beating heart of Wreck, a remarkably ambitious book that blends art criticism, biography, and memoir”

De Freston’s quest to translate trauma into art might have been bleak, but his lyrical prose finds beauty in the dark. In his hands, bodies are “corkscrewing” and “moon-bright”, The Raft is “an accordion”, and his studio space is “like a belly, a room awaiting life”. His is, like Géricault’s, a “painterly, expressive language” in which “pain becomes a buttery substance. Flurries sit against delicate flickers.”

Pain looms large in The Raft. It’s there in the grief-stricken expressions and tortured poses of the suffering figures, and in the “howling face” of the sail which, as de Freston says, “Once seen it cannot be unseen.” Yet, amid the horror, hope appears in the form of a smudgy ship on the heavenly horizon, glowing gold.

The painting is, de Freston writes, “more a symphony than a scream”. And in the wake of his studio fire, he, too, looked and listened for life in the blackness, and prepared to transform the wreck into something new.

Wreck by Tom de Freston is out now (Granta) 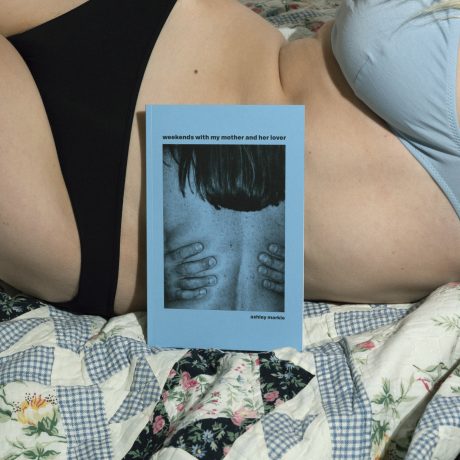