Examining the intersections of her identity as a bi-racial, gay woman, Tanoa Sasraku’s practice shifts between filmmaking, drawing and flag-making, juxtaposing and performing British, Black, Ghanaian and queer cultural histories. Raised in Plymouth, Devon, she is the recipient of the Arts Foundation Futures Award 2021 for visual arts, and is a student at the Royal Academy Schools.

‘State of the Nation’ is a special series in which artists discuss how living in the UK informs their work and their ways of thinking about unity and identity, home and heritage.

Growing up in Plymouth, I was desperate to see what was past the bounds of Devon. After my Art Foundation, I thought, “I have to go to London”, and luckily got into Goldsmiths. That was the start of everything: Goldsmiths was such a transformative, intense, amazing place to be.

My late father was a couture designer and my mother has drawn all her life. My dad had a hard time emigrating to London in the 1970s as a young Black man coming from Ghana, and entering an incredibly white fashion industry. His family hailed from the Fante tribe, who used to fabricate these incredible war flags called Asafo flags, before independence in 1957.

These cotton and silk appliquéd flags tell the story of colonisation by the British through naive characters, proverbs, animals, weapons and vehicles. They’re so playful but also angry, melancholy and joyful in different, very subtle and often quite sarcastic ways. They were just such an amazing discovery for me to find.

“My dad had a hard time emigrating to London in the 1970s as a young Black man, and entering an incredibly white fashion industry”

I now work with newsprint to create my own flags, using them as a textile and running them through sewing machines, appliquéing them and dyeing panels of them. Newsprint is typically used for the conveyance of information and storytelling, as well as misinformation. I’m committed to transforming this completely throwaway material into something that is quite decadent, but also ephemeral. I consider the presentation of stories from life in this manner to be a rebellious act, as these flags will degrade, and eventually yellow and crumble away.

Growing up in a more rural and very white part of the country, I always struggled with the idea of patriotism, because there were certain times when I would feel it very strongly. As someone who is marginalised, I have struggled with this love of Britain, which I do have. 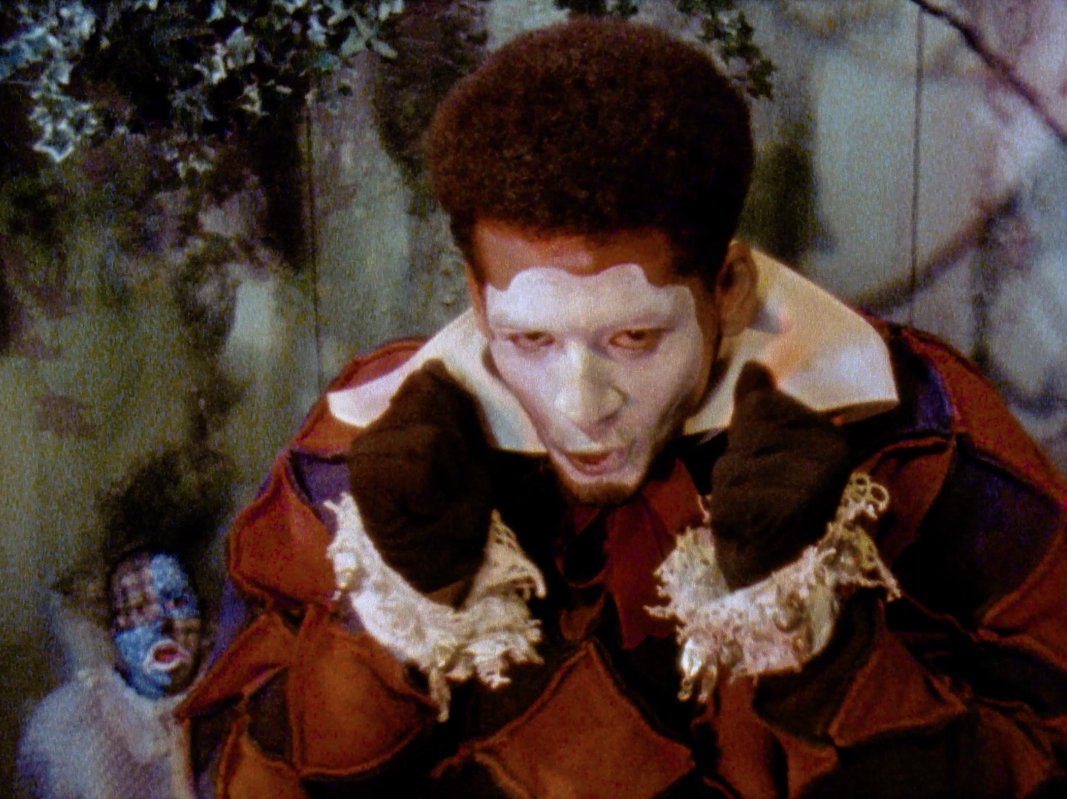 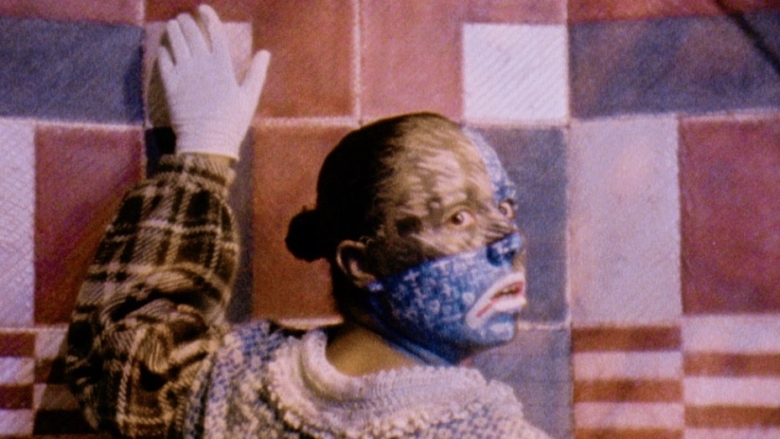 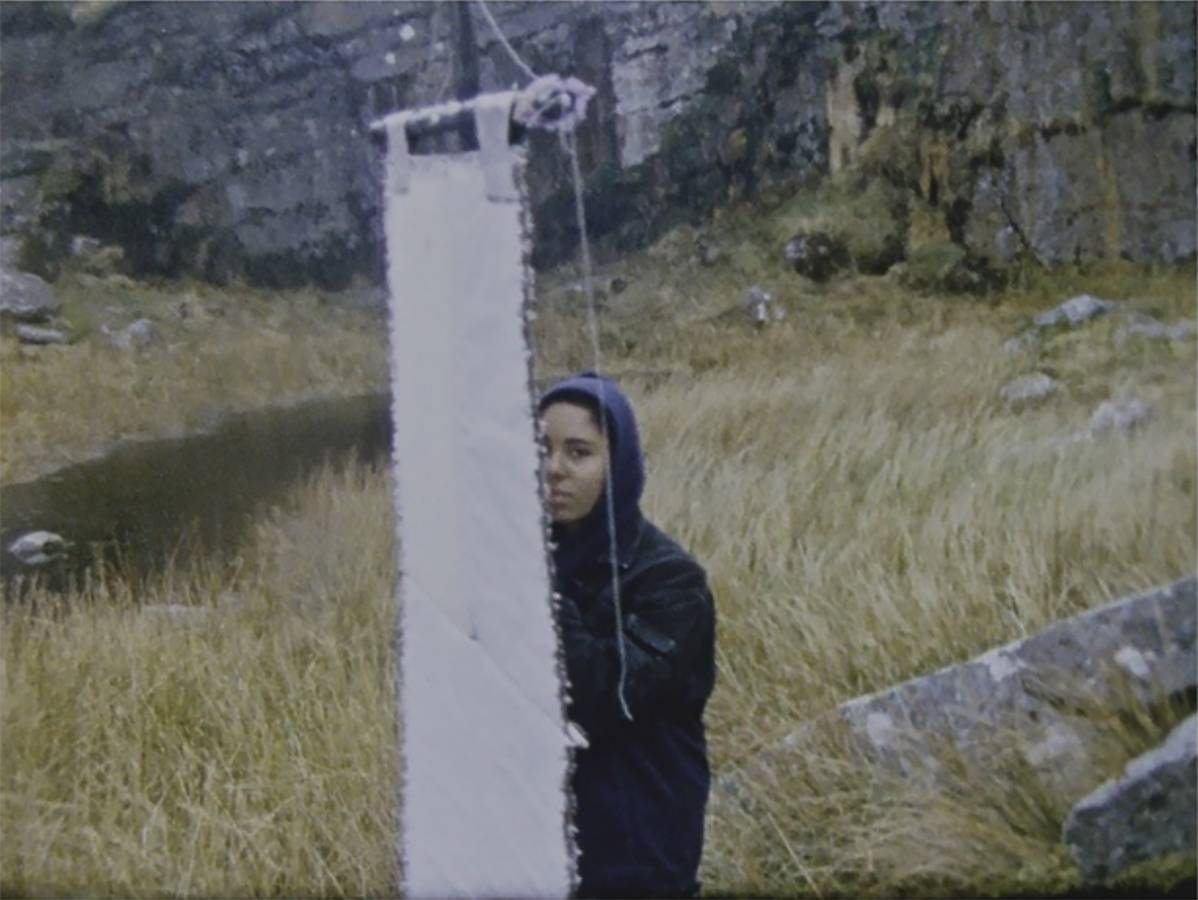 I understand what Britishness means to me a lot more when I’m in the rural because I feel I can almost anthropomorphise the land, and feel this very base relationship to it. I so enjoy landscapes like Dartmoor and the Scottish Highlands, because your body has to work to traverse them, you feel a push and pull with the microclimates, and the terrain can trick you with things like peat bogs and mist. They’re really exciting places to be.

“Growing up in a more rural and very white part of the country, I always struggled with the idea of patriotism”

I see my films Whop, Cawbaby (2018) and O’Pierrot (2019)as counterpart works in terms of thinking about myself presented in front of the rural landscape. In O’Pierrot I wanted to engage with what it means to take ownership over the rural, with a surreal horror angle on what can be viewed as a sublime, peaceful, pastoral scene. I was trying to project my own internal struggle.

I feel very Black when I’m in the rural landscape, which is typically associated with white poets and painters. And then sometimes, when I’m in London and with a group of darker skinned Black friends, I feel very white by comparison. I remember that I wasn’t raised in London or a place where I had a Black community.

I feel very fortunate to have come out of art school at a time when Black artists, for sincere reasons or not, are in the spotlight. I feel like a lot of us are being given a stage to speak about our own experiences, but I don’t think this wave is going to last forever. I’m just trying to form as many communities and resources as possible for when we’re back to fighting for genuine representation in the arts and in the media.

“I feel very fortunate to have come out of art school at a time when Black artists, for sincere reasons or not, are in the spotlight”

It can be so exhausting to constantly feel angry about how austerity affects marginalised people across the country. I use my work largely as a form of escapism, and to try and tap into the things that I do find healing about being in this country.

State Of The Nation

Find the other articles in this series here 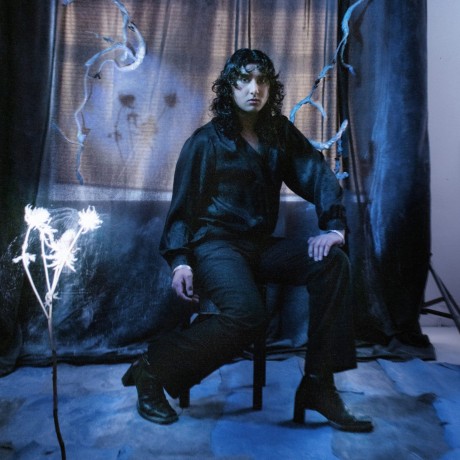