Laure Prouvost is the dream interviewee. Despite diligently responding to my questions with serious and insightful descriptions of her working processes, and conceptually unpacking some of her more opaque works, she remains playful. One seemingly serious response is interjected with a wry digression from under a raised eyebrow: “As you know, I now live in the middle of the Croatian desert.” Reality shows otherwise. We are here in her Antwerp studio, where she has lived for the last three years with her partner and their two young children. But this diversion from the perceived truth is what underpins much of Prouvost’s practice; she is fascinated by the blurring of fiction and reality and, in the age of Donald Trump, what could be a more prescient topic?

If I’ve counted correctly, you had at least four institutional exhibitions last year, as well as other gallery shows, performances, screenings and talks. Can you talk about your rate of production and your rhythm of working?

The speed of the world is something that is quite overwhelming in some ways, but at the same time I think I run best on adrenaline: I’m kind of like a fox! There is nonetheless a lot of teamwork involved; I could never do what I do on my own. My work is always produced through interactions with curators, my assistants, and various other people around me. It can become a mode of production that is closer to the film industry in some senses.

A lot of preparation goes in before each show, but what really works for me is when I can spend time at the location before the opening in order to really respond to the space. A lot of my pieces are created in situ. I suppose it is another way of me dealing with such a quantity of work.

It’s interesting to hear you compare your team to a film crew. How has your practice expanded over the years?

I used to be very scared of large-scale anything; I enjoyed intimacy, sharing ideas with people who came to visit, even if it was only fictional intimacy. But scaling up has become easier and I am enjoying it now. It helps to work with different people on different elements of a piece. For example, to produce a huge sculpture is to try and play with the ways in which people move around a space and the way the space itself is then perceived, which sometimes means that I work with a designer. On my side things are much more imaginary: I imagine how I could shift the dimensions of a space, but I also want to physically engage with occupying space.

Your work spans almost every single medium. How did you end up creating performances?

I don’t really like making performances, but I was asked to create them a few times and they must have been good enough to have people wanting more! A lot of people think that my installations are very close to the performativity of the body and the way visitors interact with a space. But to make a performance is something else because people are sat and there is a strong division between performer and audience, and I found that tricky because my work is all about pulling you in. I am trying to work out how to break down this divide.

“The speed of the world is something that is quite overwhelming in some ways, but at the same time I think I run best on adrenaline: I’m kind of like a fox!”

How has physical space become so important for you as an artist whose main domain is film and sound?

Film and video are still my main mediums, but it is the demands of society that have controlled me! When I began to exhibit, it was only really at festivals or in places like the Tate screening rooms, but then I got invited to exhibit in more three-dimensional spaces and the work had to change. I also began to take an interest in the barriers between video and what then remains—the relics. You are sat on one of the props that I filmed; it is the sofa on which my granddad met his first love… or something like that. These are relics of fiction that in their new life become more real and start to beg the question of where reality feeds in and out, like when dreams become more real than what we experience in reality.

This blending of reality and fiction is no longer just an artist’s concern; it is something that has become politicized, with Trump, with social media, with the advent of virtual reality…

I think it is all one thing. For me, it all blends. Social media is an interesting phenomenon: you create a character, like in a work of fiction, and you put forward an image you want to present. It is insecurity that morphs into a character. But it is at the same time very creative. It is when you lose yourself in it that it becomes complex. I do think this is also something we’ve always done though, only now it’s more visible. We imagine ourselves a certain way but we have no idea how others perceive us. We need others to realise this projection of our character, and then we lose control.

What is the importance of language for you? This idea of identity coming from observation by others reminds me of the title of your last Paris show “ Looking At You Looking At Us” — how do these titles inform your work?

Words are something I struggled with a lot when I was younger. Language is not something I feel comfortable with, I suppose that’s why I decided to make art, but I still constantly go back to words. With “Looking At You Looking At Us” it is about the critical power that the viewer (rightfully) has, but the anxiety that that induces. I often play with this idea of the object itself becoming as sensitive as a person, as if they are anxious about their history and their future—Will I be put into storage again? Am I going to be thrown out? What is my value in this world? — it speaks of direct exchanges between viewer and object as well as the vulnerability of the object. But at the same time as being philosophical and complicated, it is supposed to be cynical and funny: obviously human interactions are so much more gratifying than talking to a machine.

Yet these machines (wire sculptures with LED TVs for heads, broadcasting intimate messages) are able to elicit almost genuine emotion in the viewer.

I think the power of the voice is that it has a real intimacy. These sculptures are also very direct, they say “I love your trousers today”; it’s cheesy the way they try to please. It kind of corresponds to the way that we are building relationships with machines these days. The washing machine is a robot that we’ve had around for a long time, and we’re getting more used to their presence and getting more intimate in our relationships with them. These sculptures are also funny because they look so redundant compared to the talking gadgets that we really engage with.

“We imagine ourselves a certain way but we have no idea how others perceive us. We need others to realise this projection of our character, and then we lose control.”

Your work can be read as socially engaged, but you prefer to speak of humour. What is the role of humour in your work?

I am mostly looking to bring a bit of weirdness to the world. Humour can be a means of saying things that are harder to articulate, you can be provocative, or address things that you wouldn’t otherwise be able to deal with. Some of this humour comes from my relationship with language; because English is not my mother tongue, I question every word that I speak, and when you have this kind of distance with a language, you are able to play around with it more and question its form. You can be more creative with it and you can misuse it. It creates a kind of conceptual humour. I think there is another layer to this as well when you are a foreigner in a different country, there is a further degree of separation, and you are slightly removed from society. This space can be creative; you can observe from the outside. I think it’s interesting to bring into view things that you might have been misunderstood, or are in the process of understanding.

It seems like you are trying to subtly subvert the space that the art world is handing to you.

Yeah, it’s an elitist place, and I enjoy bringing misunderstanding and complexity to that.

Do you see it as your role as an artist to enact these small subversive gestures?

People might not think that my work is at all political but I think that the imagination is political; freedom of speech is political in the way I’m reinterpreting things and re-transcribing things. The most important thing in my work is to provoke the way of the world, to question the norms, to try and understand why we think a certain way. Maybe my work is also supposed to confuse a little bit rather than just give answers. I’m happy if there is a little bit of provocation, if I’ve questioned the way you’ve been thinking, or even if it just provokes a feeling; if you feel extremely liberated or happy or confused then I am happy. Activism in art doesn’t have to be literal. I think if our activist act can be something that engages the imagination then that’s great. I think that even the act of bringing people together in an art space to grow these questions can be very liberating.

What about the act of creating, do you personally find that a liberating force?

No. But I love creating. I don’t think I could live without questioning the world in this way. But it is also really hard work. Ideally this interview will make visible what you have misunderstood. 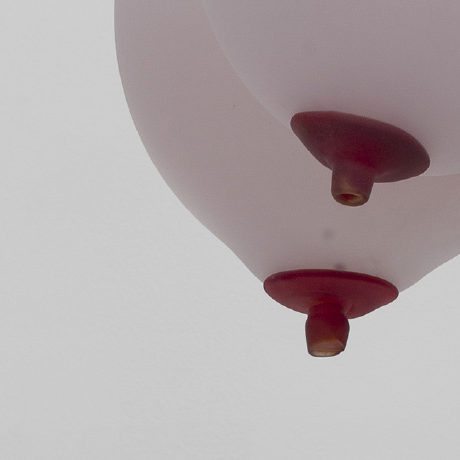