While many street photographers seek to capture the hustle and bustle of daily life, Akinbode Akinbiyi takes a slower pace, wandering through a variety of cities—from Berlin and Chicago to Lagos and Dakar—in search of quieter moments. The self-taught photographer originally pursued literature and poetry, before discovering that the camera had the power to tell his stories.

In a new exhibition titled Six Songs, Swirling Gracefully in the Taut Air at Gropius Bau in Berlin (until 17 May) Akinbiyi brings together several long-running series that have spanned his four-decade-long career. His work is united by a consideration of the daily rituals performed by city dwellers, whether they are striding through the graffiti-strewn streets of Kreuzberg, or navigating the sands of Bar Beach, on the edge of Victoria Island in Lagos.

His exclusively black-and-white images focus on urban architecture as much as the people that inhabit it, capturing hand-painted signage, angular hoarding and densely packed roadways as seen from above. Even though plenty of his photographs capture people busily going about their business, there is an unmistakable tranquillity that emanates from each shot. This no doubt stems from Akinbiyi’s own ritualistic process, which involves wandering the streets in quiet contemplation, before pressing the shutter sparingly, at just the right moment. 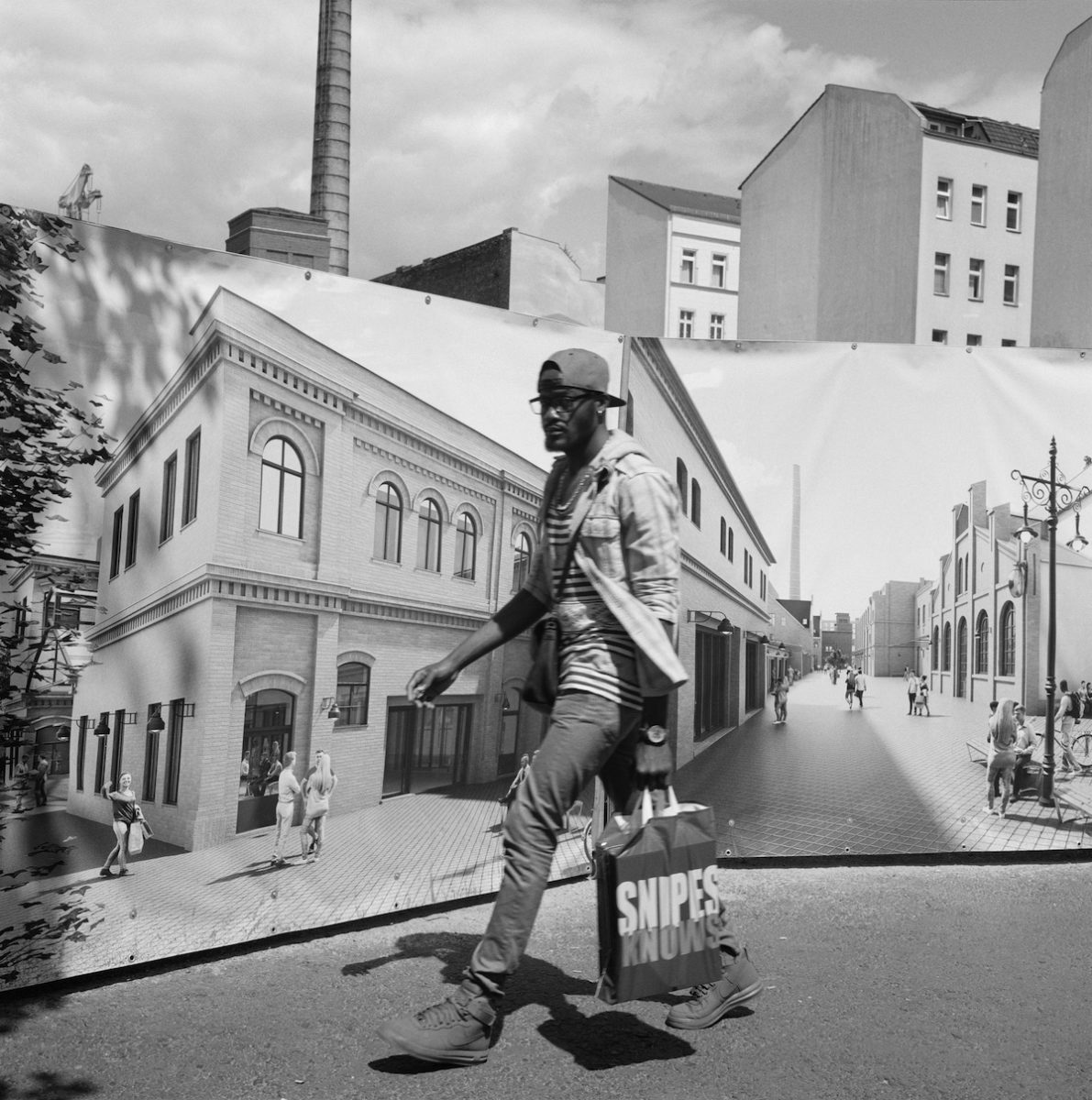 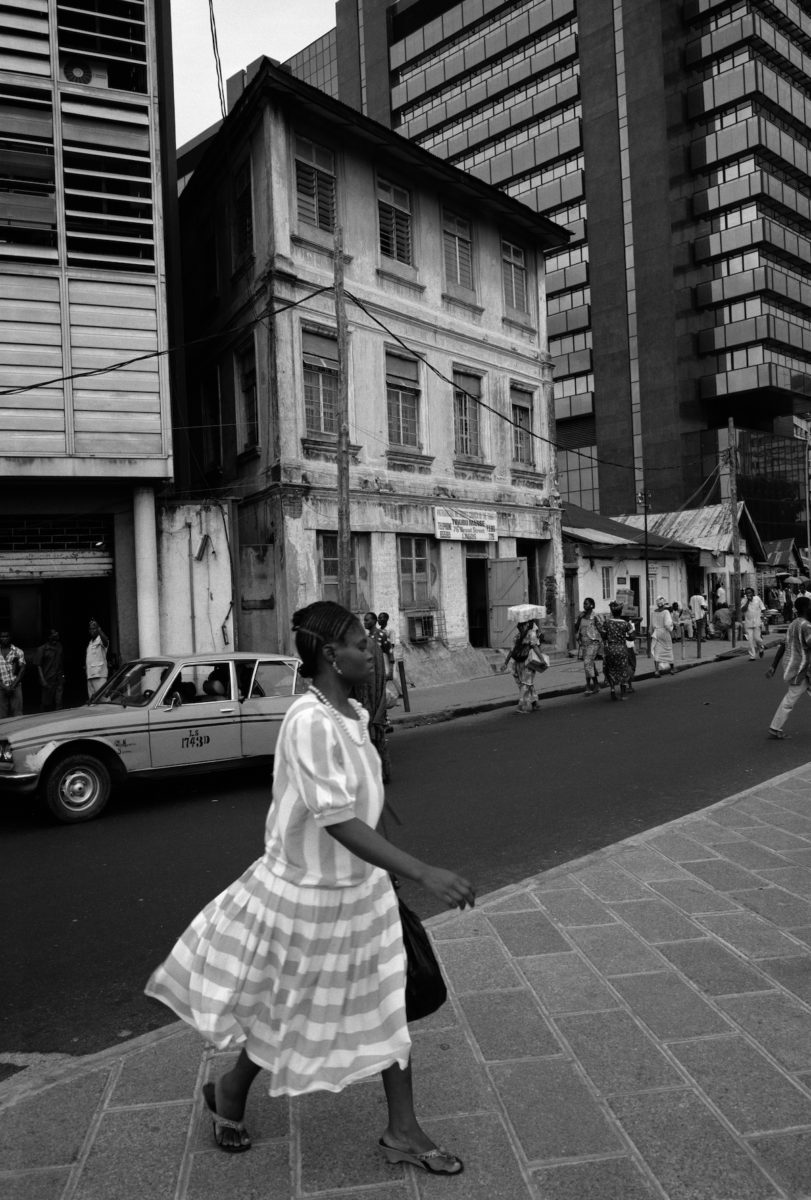 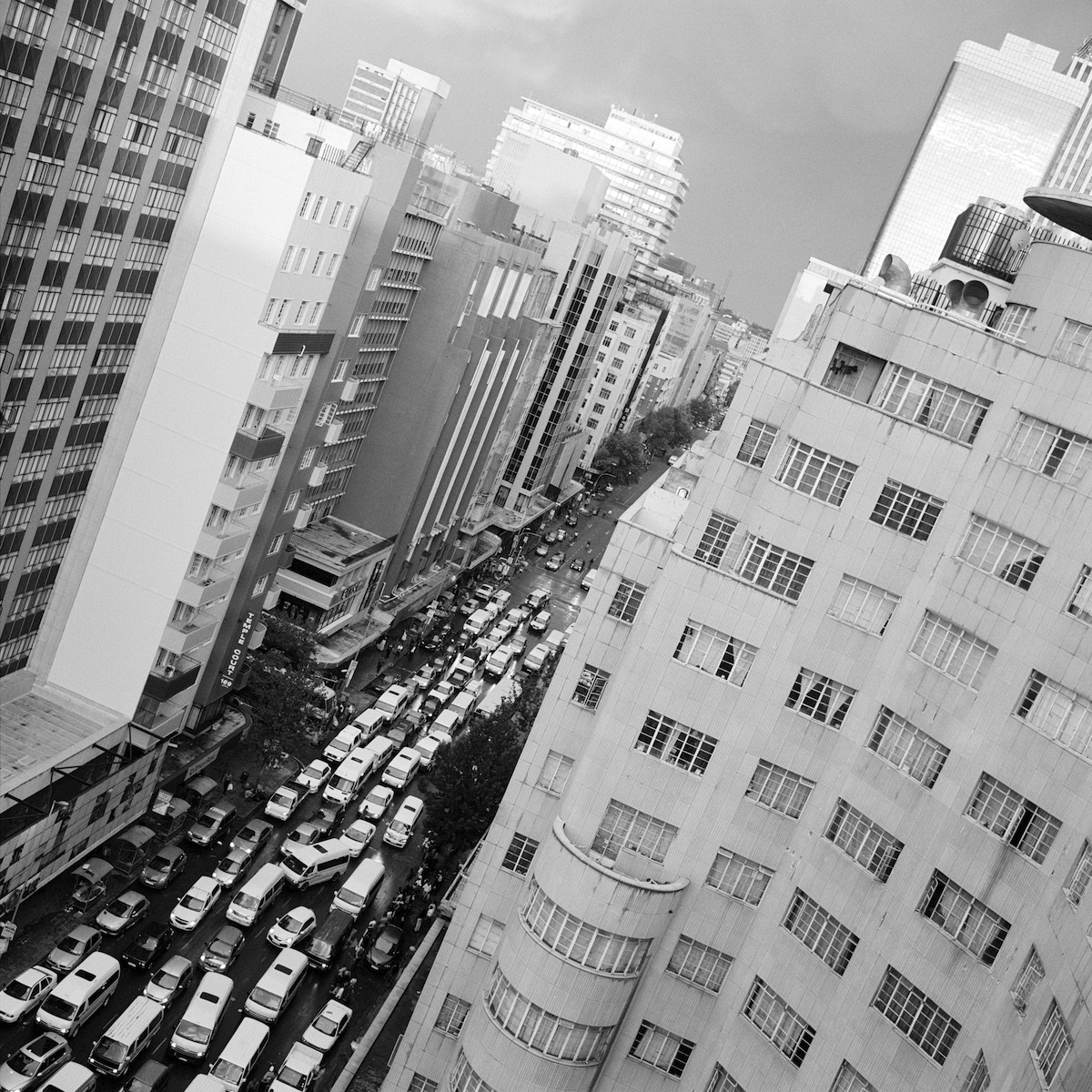 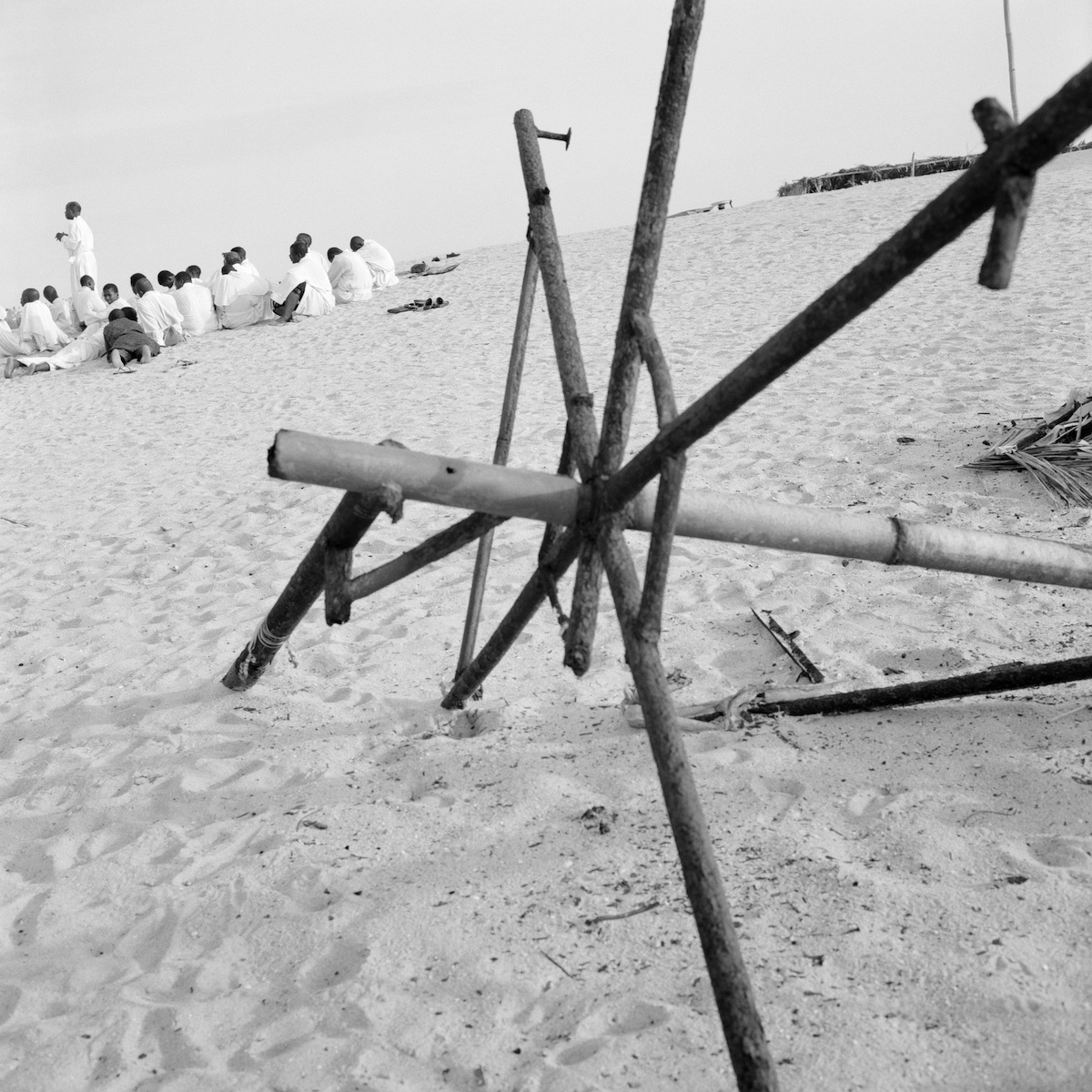 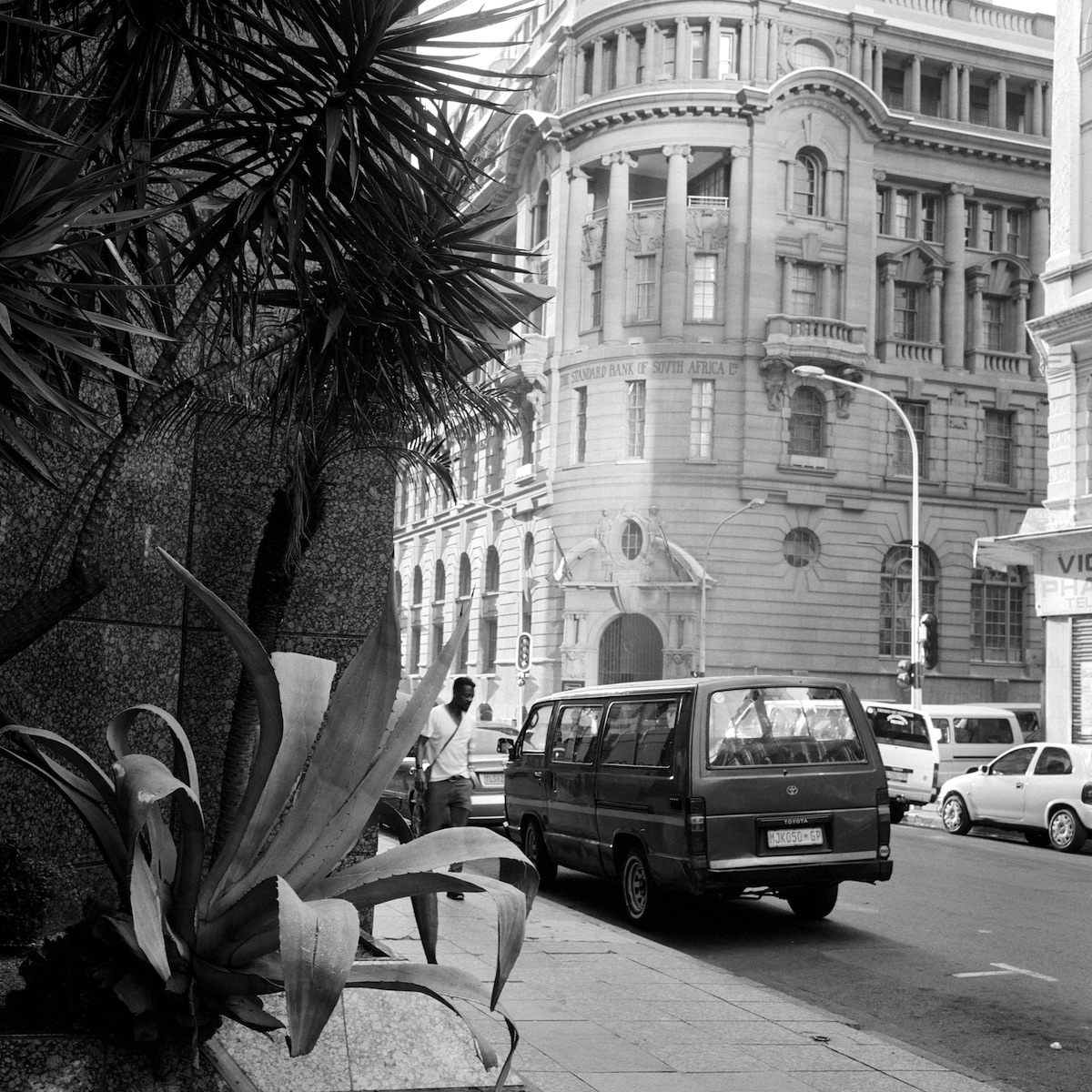 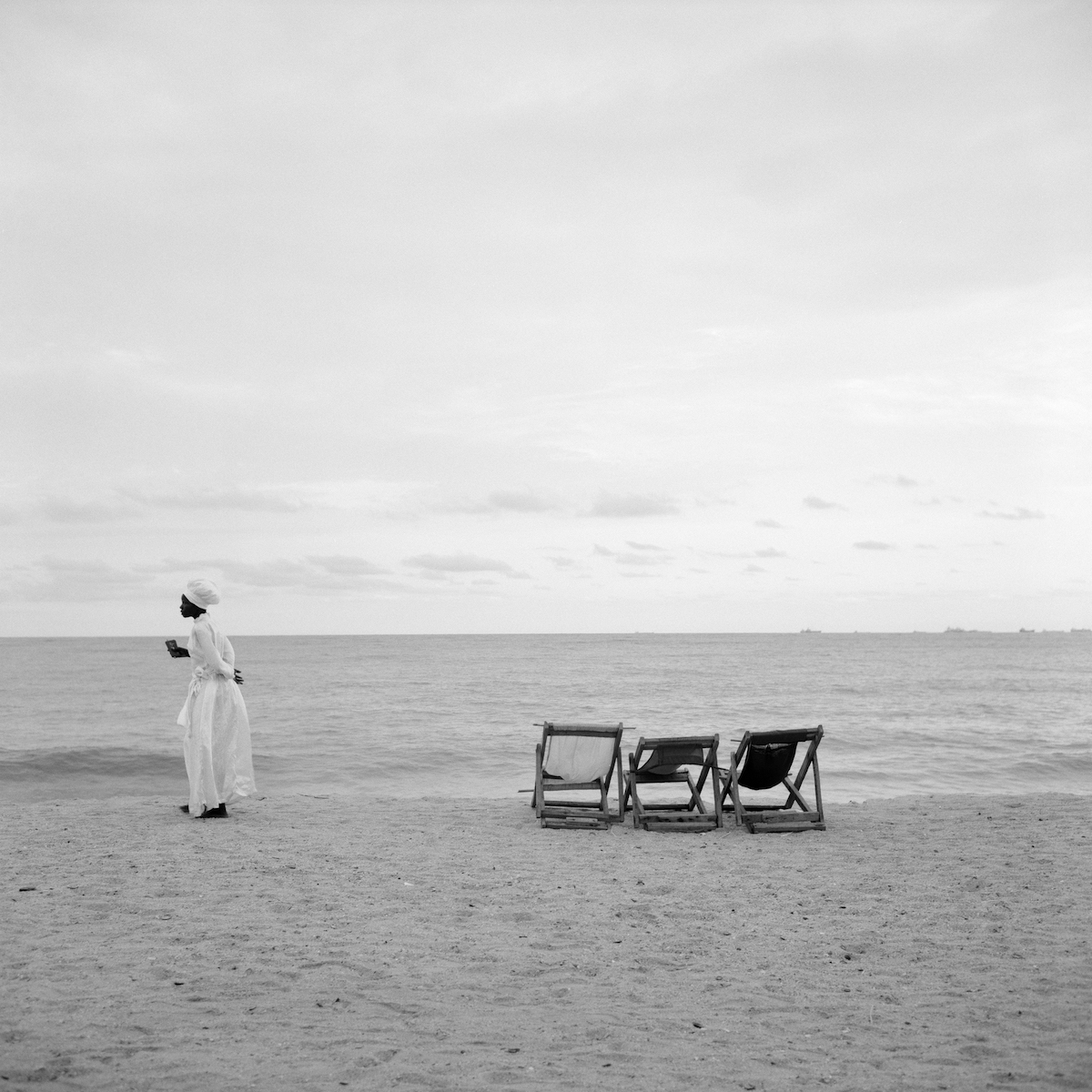 Swirling Gracefully in the Taut Air 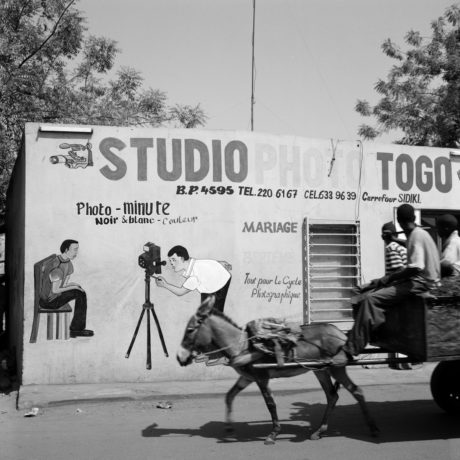