When considering what actually defines a Contemporary Classic, I often find myself returning to the term zeitgeist. In order to qualify, this piece of visual culture—whether it be a “conventional” work of art, a video game, TV show or meme—must capture a defining moment that tells us something about the world we live in today, whether that be through the lens of millennial nostalgia or the rapid avenues of our digital existence.

However, the unique qualities of a “classic”, and indeed the power of art in general, can often be found in the malleability of interpretation that comes with constant recontextualization. This is certainly the case in Theaster Gates’s thirty-five-minute film Dance of Malaga. It was originally conceived as part of a major show titled Amalgam at the Palais de Tokyo in the spring of 2019, which focuses solely on a mysterious island called Malaga, off the coast of Maine.

This small scrap of land was inhabited by an ethnically-mixed community during the mid-nineteenth century, at a time when miscegenation laws criminalized interracial relationships. On Malaga, people lived in relative isolation, before they were forcibly evicted by the governor in 1912, in the hope that he could turn the land into a tourist attraction.

Gates’ film returns human contact to the island’s shores, panning across lush foliage where individuals become locked in intimate dance formations, solitary gestures or simple moments of collective contemplation. These shots are interspersed with found footage from cinema, news broadcasts and historical research projects, chronicling both racist agendas and civil rights activism. All of this is held together by a score performed by the artists’ band The Black Monks, where soaring gospel meets a variety of meditations on the idea of “mixedness”, as well as the roar of waves crashing against the shore.

Although Dance of Malaga is very much situated in a particular geography, it has thrown up uncanny connections since it was shown in Paris. Here, Gates referred to the city’s “openly fetishistic relationship to blackness” as a direct connection to the wider implications of this American island’s history. Later, it was installed in Tate Liverpool, which resides in the docks where much of Britain’s wealth was reaped, thanks to the transatlantic slave trade. Journalists were invited to visit on 12 December, the day of the general election, which was touted as a rather exhausted final referendum on Brexit—a exercise that is very much rooted in ideas of British “purity” and the specific mentality of an island nation.

Now, as many of us find ourselves isolated in a manner that seemed unimaginable only weeks ago, Dance of Malaga finds new meaning once more. Its cut-and-paste scenes reflect our own shift through a constant news cycle, mirroring new racially-charged agendas sparked by a global pandemic, and the constant shift between the attitudes of individual preservation and community spirit that typify survivalist struggles. Meanwhile, the shots of untouched natural wilderness leave us yearning for a more expansive life that exists beyond our domestic walls.

“Gentle caresses or the simple act of holding hands is elevated, as if prophesizing our need for the frisson of human contact”

However, it is the delicate physicality of the slow-moving choreography, conceived by dancer Kyle Abraham, that truly strikes a chord. Gentle caresses or the simple act of holding hands is elevated, as if prophesizing our need for the frisson of human contact, which is becoming so increasingly rarefied. In this film, Gates expands on what he terms a “localized myth” by shedding light on a story which constantly bears new relevance, one that encapsulates the basic desires of humanity: to gather, to love, and to live in freedom. 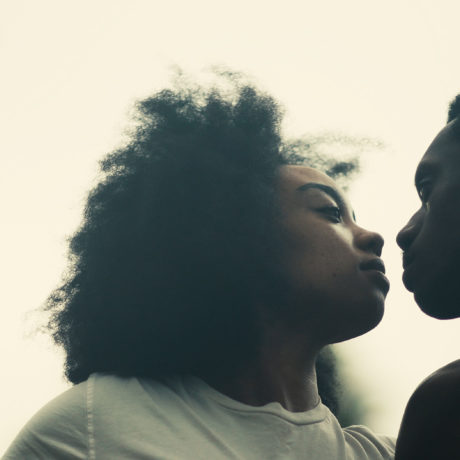