Last month a conference took place (virtually, of course), with the title Where Are the Black Designers. Inspired by Cheryl D Miller’s 1987 article Black Designers Missing in Action, the event set out to interrogate why there is such a glaring lack of Black representation across design education and the wider industry. Born of a frustration with the lack of diversity seen across the field, it tackled topics that all designers should be paying attention to.

Mitzi Okou, the event’s founder, brought together an impressive lineup. From a panel on design education, audiences went on to delve into the intricacies of algorithmic bias, question the function of allyship, and learn about how Black people are sonically perceived. White designers were held to account, and the future of design was questioned via a roundtable hosted by the one and only Roxane Gay. Here are five key takeaways to get you started.

Technology Mirrors the Power Structures of Our Society

Existing biases feed algorithms that determine our everyday lives, resulting in exacerbated negative effects for communities of colour. Shabnam Kashani unpacked this: “We’re at an inflection point, where we need to address our biases and how they enable externalities which preference proxies of whiteness, while perpetuating systemic racism within Black and brown communities. Technology mirrors our society, and the way that power is distributed within that society. So those who have power and privilege decide which technologies get built and who they benefit. Through this pandemic and civil rights movement, we’re realising that the venture-capitalist driven technology and tech for tech’s sake, seldom benefits people of colour and rather exponentially harms them.”

Design Has Been Used to Harm the Black Community

From advertisements on television screens and billboards to common everyday objects, design has been the mechanism by which harm is done to the Black community. Design has played a huge role in aiding the structurally racist system that U.S. society relies upon, from problematic advertisements that reinforce racist stereotypes such as the Aunt Jemima brand, to products such as plasters or ballet shoes that only acknowledge white skin as the default tone. As Dori Tunstall, the first Black Dean of a design faculty, explained during the Design Education panel, “The oppressions that came out of that were also by design […] And that’s a lot of work that the design community has to openly do, in order to create that intergenerational regard for design and it’s opportunities—that work has not really been happening in the design community in a systematic way.”

Diversifying Is Not Enough Without Education

If you only just “discovered” racism a month ago, don’t reach out to BIPOC people to join your company without first taking a look at your internal culture. Diversity is not just about hiring practices, it’s about creating a safe environment where Black people and people of colour can thrive. Naj Austin and Vanessa Newman of Ethel’s Club, a BIPOC-centred community in Brooklyn, discussed the importance of creating spaces of joy for Black people and people of colour. Newman added, “Diversity and inclusion as a concept in itself is having its own reckoning […] ‘diversifying’ often means sprinkling non-white people into white environments.” They go on to expand on this point, explaining that inclusion is more about “including you in our whiteness”, and therefore still centring whiteness within a structure. Newman concludes, “I think that’s outdated, quite frankly.”

Language Can be Used to Enact Real Change

It is important to word your job descriptions in a way that appeals to the talent you are looking for. Dori Tunstall recalls a recent situation where OCAD hired five new Black faculty members. “We didn’t say that we were looking for a graphic designer or illustrator, [because] when we’ve done that previously, we’ve been quite unsuccessful in bringing Black diversity. We asked, are you interested in Black speculative futures…. or hiphop aesthetics as relates to business and design? Are you interested in telling multi-sensory stories of Black representation?” Tunstall points out that people may not identify themselves as a designer, despite the fact that they might have been practising design.

This focus on language is echoed by Roxane Gay who points out that, often, Black people are told that they’re not a “cultural fit” for a company. Antionette Carroll emphasises that where she works, they move away from the idea of looking for a “cultural fit” when hiring, instead seeking out candidates that hold the same values as them. “At Creative Reaction Lab, some of our values are about power shifting […] so I ask myself, when have I moved out of the way and let some of our younger team members be the lead, instead of me being the first and only person talking?”

Institutions Need to Be Held Accountable

So what’s next? Author and educator Roxane Gay posed this question to panellists, and asked how we hold institutions accountable. Kelly Walters, incoming associate director at Parsons School of Design, detailed what she would like to see from white allies in education, and particularly the support needed for Black students. “If you have faculty and professors who work against you as a Black person or a person of colour, that is devastating your ability to learn about design.” While it is necessary for students to hold their faculty to account, it places a burden on the students. Instead, institutions should be held accountable to making change. Gay agreed: “I don’t think they realise how much work we do, in addition to our actual job, we do emotional work, we do free education and then we also do conflict mediation—it’s exhausting.”

Where Are the Black Designers? 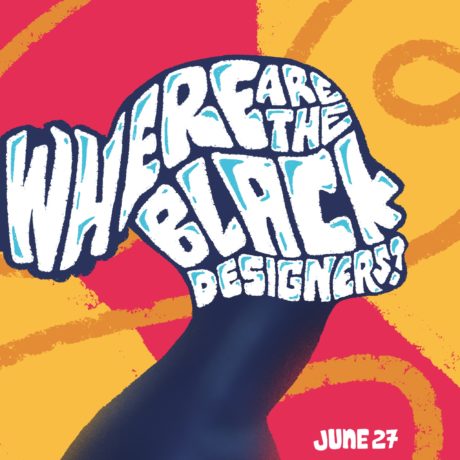