This feature originally appeared in Issue 28.

The week opens with a striking juxtaposition between the carefully preserved dressed-down look of Liste and the imperious pomposity of Unlimited. Liste would feel like a makeshift show at an art school if it weren’t for the fact that the ‘students’ are some of the most ambitious young galleries and artists in the world, all earnestly intent on graduating into the Art Basel league. Despite pokey, exiguous and near-impossible exhibition spaces, you can feel new art ideas pushing their way forward into the art world. In June, under the Rhine wine-growing sun, the heat can be stifling, yet you do get a refreshing sense of colourful things blossoming all around you.

Unlimited, on the other hand, has its limits. It is the art equivalent of Top of the Pops. Major artists perform signature pieces in a space of hangar-like proportions and charm. Selection is by committee, surprises rare. The art is big, the viewer made to feel small. If you like that type of thing, this is great. I am not sure I do, and feel as sick and headachy as I do coming out of an amusement park, even if the rides were conceived by the likes of Ai Weiwei, Anish Kapoor, Paul McCarthy and co.

The fair itself, Art Basel so to speak, is next door and starts with a VIP breakfast the next day. This is where the very rich come to queue and you can smell cigar smoke as you step off the tram. Your standing in this world is measured by how early you are allowed in. Get in early enough and you may witness pleasantly improbable situations such as gallerists directing friendly smiles and friendly glances and even the odd ‘hello’ at perfect strangers. The women walking up and down the aisles are about 10cm taller (allow another 10 for heels) than the Western European average and everyone is as tanned as the population of a Mediterranean fishermen’s village without the assorted wrinkles or the missing teeth.

I feel like Alice in a Consumerist Wonderland. There is something eerie about standing among individuals with superpowers that allow them to discuss seven-figure price tags without having to catch their breath. Watching these higher beings shop (sometimes as couples, with friends, or even as a family), I am reminded of my mom discussing the prices of lampshades and cushion covers at her local shops; the only difference being that the replies, instead of containing figures like ‘40’ or ‘50’ or even, after some hesitation, something over 100–accompanied by a gasp and shake of the head on my mother’s side—contain figures that regularly drift over the million mark, with no gasp or hesitation on either side. Magical thinking permeates the air and I find myself feeling far more relaxed about the bills I have to pay back home… Would that be an extra benefit of art appreciation—the result of a changed worldview?

The magic of art imbues everything. I stop in the middle of a stand, looking down at an old stick on the floor, realizing that this found object is now worth more than all my worldly possessions put together. It is hard not to experience a certain disconnect. It is a bit like reading stock-market figures, then trying to connect these with the real experiences of those working for these companies, or of the regions whose produce is being sold… Is there real life, happiness, sadness, pleasure and pain, possibly even some kind of meaning, outside the confines of these markets? What do these prices mean? What is this all about?

Should I fall into the cliché of stating that one cannot put a price tag on an experience? Or that of suggesting that you can pay a fee to enjoy the company of an escort (gorgeous, skilled, supportive, nice) but that real love is something you need to work harder for and, above all, believe in. Is it really a good idea to compare buying art to hiring escorts? Isn’t it a bit hypocritical on my part, since the paper this piece will be printed on is paid for in large part by that commerce? Not to mention the money allowing the artists in this issue to produce their own magic? But isn’t it precisely that contradiction that makes this dance magical? Harlots High & Low… Balzac’s old set-up: harlot and poet (and patron), hand in hand, sharing the same longing, the same hunger for the ineffable, for beauty, for the promise of something akin to happiness… 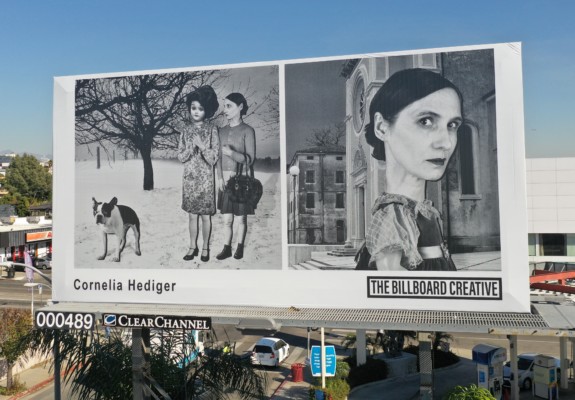 Artists are invoking imaginary alternatives to an unsatisfactory political present. In a new era of uncertainty, these possible futures are more vital than ever.
Read More