The Design Museum in London is currently showing Hope to Nope: Graphics & Politics 2008-18, which focuses on the way in which graphic design and technology have aided the enormous political shift that we have seen in the last ten years across the globe. To coincide with the show, students from the Royal College of Arts’ MA curating programme have formed a one-day event which asks various interested parties from the art world—including artists, writers, lecturers and collectives—to explore our current belief systems, and the influence of digital design upon these. Being the hopeful bunch that we are here at Elephant, we were intrigued about a potentially more positive future. We asked four participants how they would like to see digital design and communication utilized and shaped in the years to come.

It’s a pretty broad question! Digital design and communication affects so much of people’s lives in the present time, so it’s incredibly important to assess and question its development for the future.

In my own work I question the ways in which our lives are digitized, from online profiling/data collection to computational genetics—our activities are continually monitored and our behaviour can be manipulated through digital platforms.

“We live in a time of hyperpolarization, where we think that people with different political or religious beliefs live in different worlds”

My recent project Adcredo – The Deep Belief Network investigates the construction of belief in online networks, examining the rise of unjust ideologies and fantasies, and how these are capable of affecting our worldview. The advent of digital media and the internet has shown that the world is made up of a mass of circulating, disjointed and contradictory information. This multi-dimensional communications network can be easily manipulated by online groups and individuals, which can give rise to new narratives and ideologies.

Using research from investigative journalism and social psychology the work takes the form of a speculative association, a corporation where ideologies are disseminated to manipulate people. As we have seen within recent political upheaval in the last two years, popular opinion and attitudes may not be grounded in certain “truths” but based upon the “success” of ideas and beliefs. This is reflected in the logic of memetics, where units of information can be replicated across cultural networks. We live in a time of hyperpolarization, where we think that people with different political or religious beliefs live in different worlds. Our beliefs are reaffirmed in social media echo chambers whereby abstract manipulation occurs through background algorithmic processes, pulling us further into rabbit holes and making atomized groups. The work operates by holding up multiple mirrors, reflecting different cultural sets of belief systems, to question the very foundations of what constitutes our worldview.

My interest is in open digital data. Opening up data, however, can fall into certain traps. Transparency is not always implemented for transparent reasons. I have established some rules for ensuring that open data is truly radical. These include the following ideas.

1) be a mode of revelation that not only avoids the reinforcement of neoliberal subjects and relations (outsourcing auditing to responsibilized citizens who lack real power), but also interrupts data surveillance;

2) present an alternative to forms of openness that only make structurally inequitable systems work more efficiently;

3) involve not a commitment to ever more data, but data that is contextualized, involving platforms that explicitly state how data was collected and its value (to whom or what);

4) commit to structural shifts that would enable equal access to technology and the skills to navigate it rather than just an in-principle democratization of data.

When they are introduced, new technologies are touted for the various levels of utopian potential that, in application, fail to come to fruition for reasons that are learned through application. I don’t think this is a reason to stop being excited about digital design, as the dynamic yields fruitful discussion. However, I wish more resources were given to those focused on misusing existing tools to concretize, in small ways, worlds beyond imagination. I think Appolition.us and Hairnah.com are good examples of small misuses that do more to imagine “better futures” than many of the big institutions who heavily monetize this work of imagining futures. On a practical level, even starting a group message where artists can discuss what fees they are being offered so that individuals can be better prepared to negotiate fair pay is the type of world-making I am most interested in.

I would like to see them utilized and shaped by people who take Theodore J Kaczynski’s book Industrial Society and Its Future more seriously than they do The Stack. 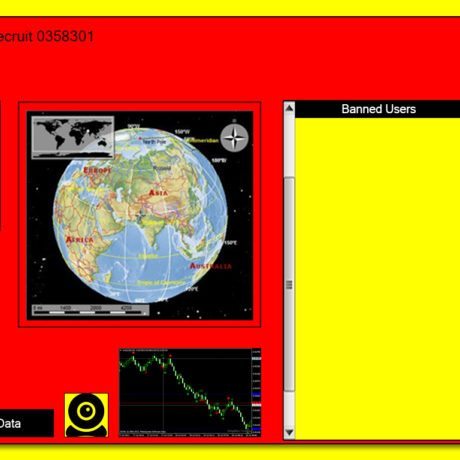