Many threads have run through Isaac Julien’s stirring, expansive works over the years. The subjects that he explores resonate through time as well, including treacherous sea crossings from the Middle Passage through to 21st-century migration, and the long struggle for gender and racial equality. His film works often combine restaged scenes featuring historical figures with contemporary footage, further impressing the cyclical impact of past and present.

The British artist’s current exhibition at Amsterdam’s Ron Mandos gallery draws some of these threads together, showing two works that span more than three decades but share many of the same questions. Julien’s 2019 single-channel film Lessons of the Hour focuses on Douglass, who was born into slavery in the 19th century and became a freedom fighter and philosopher.

The piece imagines moments from his life, both public and private, mixed with contemporary footage. It served as a point of departure for several projects at this year’s Edinburgh Art Festival. Who Killed Colin Roach? was created in 1983 and was the artist’s first film work. It focuses on the death of Colin Roach, a young man who was shot in a London police station. While the police claimed his death was the result of suicide, there is significant evidence that calls this into question.

Shown together, these works collapse time. As with much of Julien’s work, their partnership highlights just how fragile the idea of progress really is.

My partner Mark Nash who is the most invaluable person in my life, but also a curator, philosopher and dramaturge. I don’t think that my life would be as interesting, nor would I have been able to make so many art works, without this relationship over the last three decades.

My iPhone13. I take a lot of photos for research for my future projects.

It would be anything by British musician Little Simz, but especially her song Woman that talks about our racist and misogynist culture. The other inspiring song is the beautiful Out by a brilliant young musician Yazija.

“I listen to British musician Little Simz, but especially her song Woman that talks about our racist and misogynist culture”

I love paintings by Aaron Douglas: Building More Stately Mansions from 1944 is remarkable.

Noah Davis, edited by Helen Molesworth and published by David Zwirner. Critical Zones edited by Bruno Latour and Peter Weibel, published by ZKM and MIT. Lastly, the Lessons of the Hour: Frederick Douglass book, which we just completed in our studio, required a lot of passion and enthusiasm from a close group of friends and collaborators, and I am very pleased with the result. I would put that as the third choice.

I think that time is more valuable than money so having more time is always an opportunity for meaningful work.

Lina Bo Bardi’s glass easels at the São Paulo Museum of Art (MASP) because of its revolutionary display of two-dimensional art works.

Isaac Julien, Lessons Of The Hour 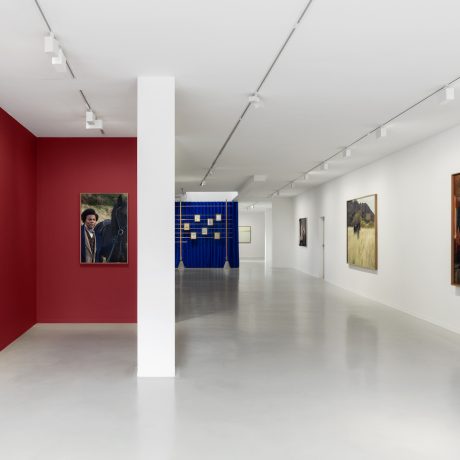