Sharp-toothed mouths yawn wide open at the end of a high-heeled boot. A pair of loose eyeballs rolls aimlessly together. Elongated wrists entwine like creeping ivy. Welcome to the riotous world of Flora Bradwell, where hubris meets humour and mythology. Nothing is quite as it should be in the English artist’s absurdist scenes, rendered in vivid, naïve strokes of colourful paint.

Not one to shy away from vulgarity, limp penises abound. And are those gaping mouths, or are they fanged vaginas? Bradwell is drawn to myth and popular folktales such as the legend of the vagina dentata, and is as influenced by hammer horror as she is by medieval engravings. A sense of theatricality infuses her work, going bigger and better until her viewers are engulfed in the stage sets of her imaginary plays, unwitting participants in a vivid fantasy world where anything is possible. 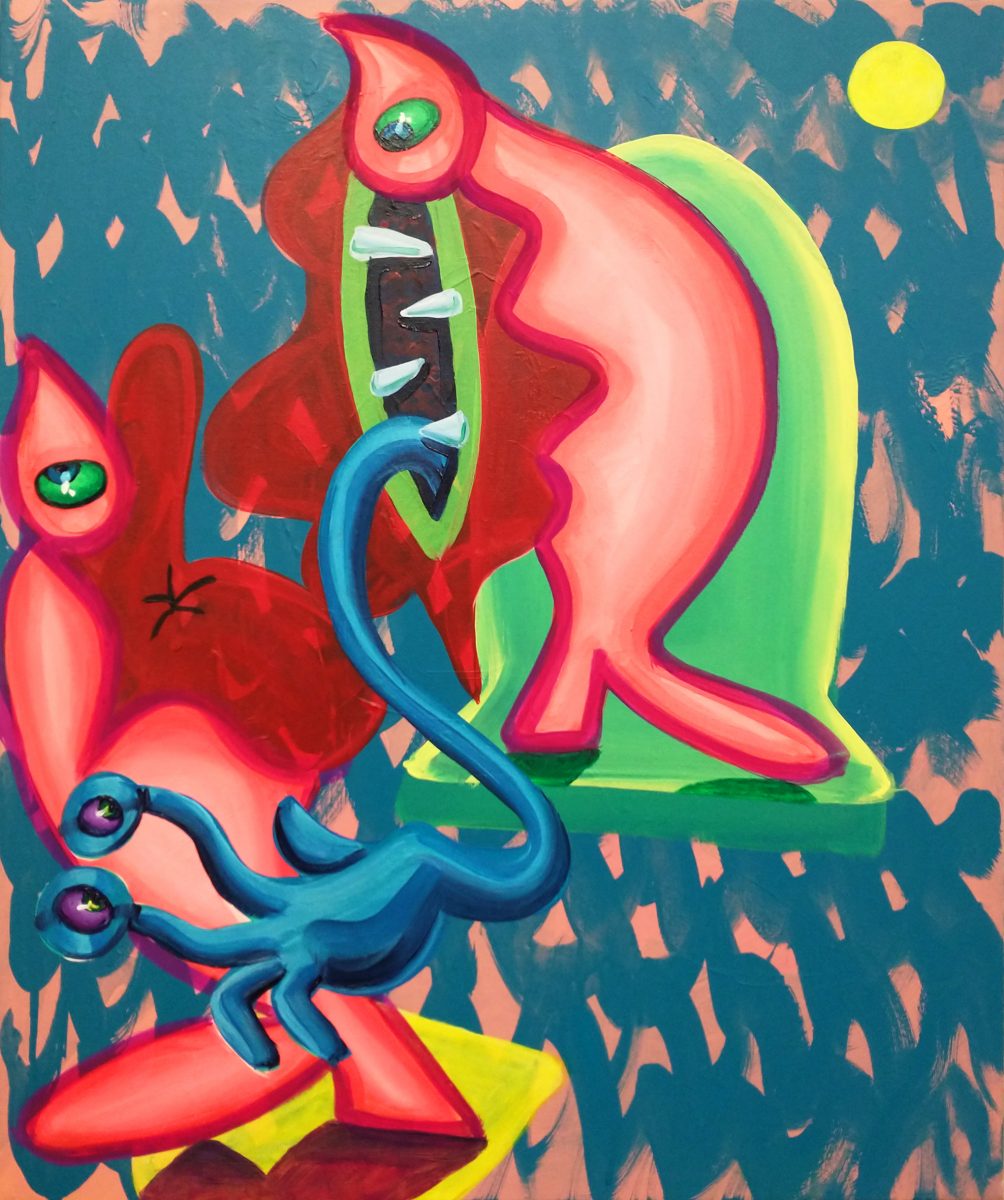 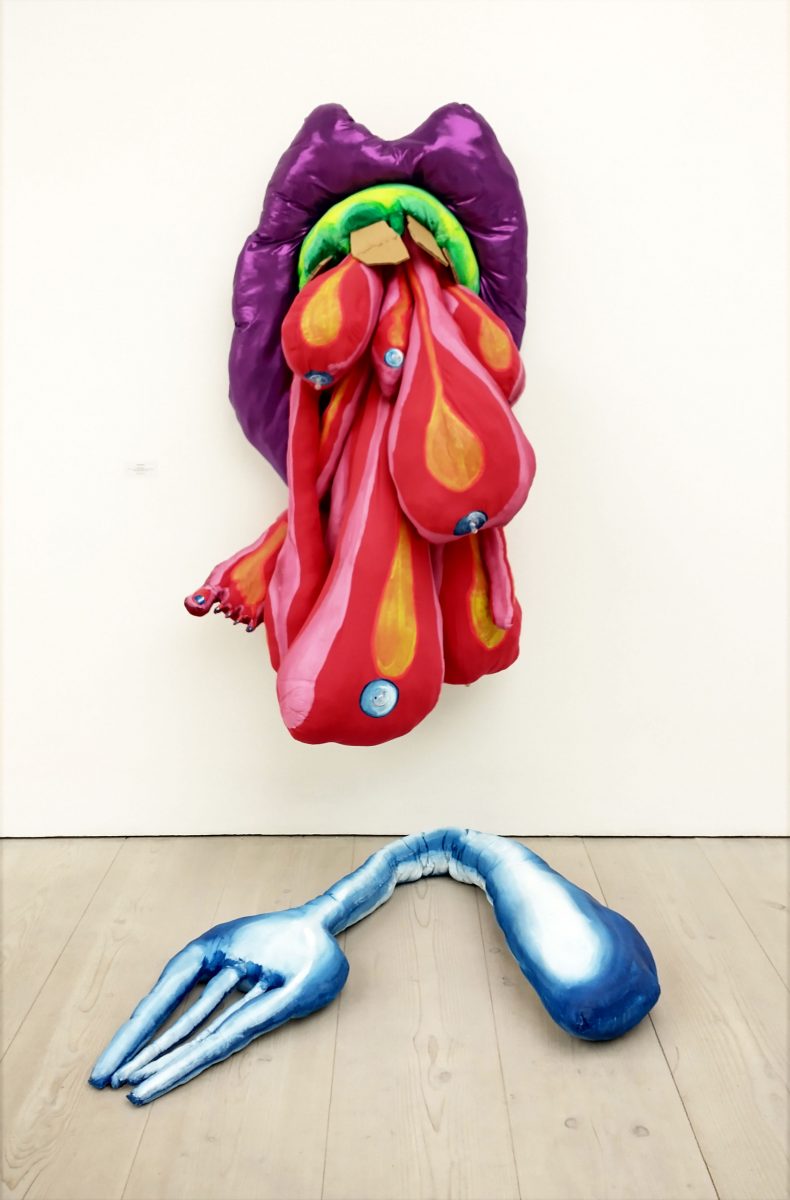 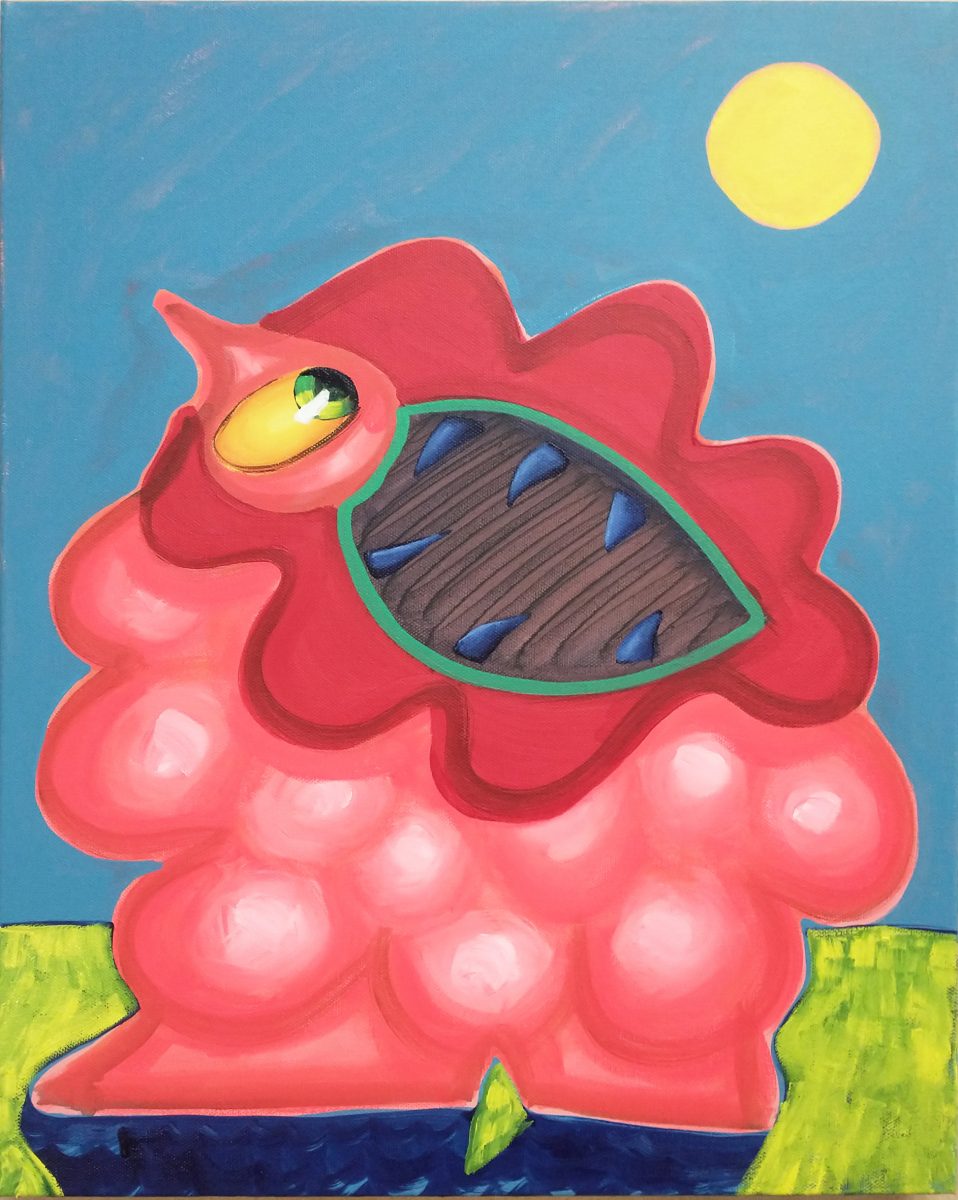 I’ve had an absolute ball on the Elephant Lab residency making a large-scale interactive painting. It hangs in two panels from a freestanding frame and has little archways cut into it that you have to either tiptoe or crouch to peep through. These little windows reveal archway-shaped paintings that speak a slightly different visual language than the main painting.

I came into the residency wanting to expand on the idea of the painting as a stage set for storytelling, for an action or performance. Previously I have made big draped paintings and singing sculptures that have a theatrical quality. I wanted to continue to make colourful, playful and grotesque painted worlds, but to animate them by pushing the viewer to become more of an active participant within the work.

Which materials have you particularly enjoyed working with?

It was luxurious to slap on layers of bright Liquitex acrylic paint without fear of busting any budget. It gave a sense of freedom when making the painting. I also enjoyed the Liquitex acrylic gloss medium, using it almost as a varnish to make the big eyeballs shine.

“I’d love to have a cherry-picker, an enormous space and bucketloads of high-octane acrylic paint”

If you had no financial constraints, what other materials would you love to try out?

I’d love to have a cherry-picker, an enormous space and bucketloads of high-octane acrylic paint. It would be blissful to make an enormously layered painted world that people could get really lost and immersed in. It’s either that or make my own sculpture park.

Monster Chetwynd is an artist who really redefines what painting can be, which I find truly exciting. I love the performative elements of her work and the DIY aesthetic. Also Tai Shani for her creation of complex worlds and use of the richness of language as a material. I’m also totally into 1970s Yayoi Kusama, Dorothea Tanning’s strange, soft sculpture, and Paula Rego‘s powerful paintings.

If you could choose any city in the world to do a residency in, where would it be?

Can I have a whole country? Can I choose Japan? I’d absolutely love to go to Japan to experience the annual Penis Festival: the Shinto Kanamara Matsuri in Kawasaki. That festival is where I first encountered the vagina dentata myth, which has gone on to influence my practice deeply. I’d also love to visit the Studio Ghibli theme park in Nagoya and the Mara Kannon phallic temple. Just so much narrative, ritual, myth and oversized genitals.

The time at Elephant Lab has pushed me to be bolder with manipulating my paintings. It has allowed me to treat them more like sculpture, cutting and sewing into them more freely. I also feel like I am going to be using lots more Naphthol Crimson from here on out. 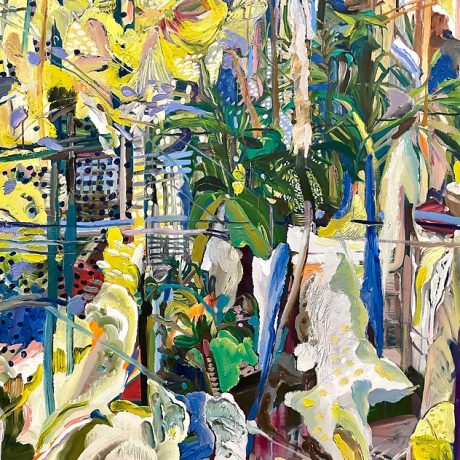