It is not every day that members of the Elephant team actually get to make a work of art. That being said, several of us gathered along with a host of other volunteers at Hauser and Wirth in London recently to take part in a project that would realise an ambitious new mural.

Conceived by Mark Titchner (known for his messages of hope and sometimes foreboding, which appear emblazoned on city streets and public buildings), this paint-by-numbers piece was commissioned by Hospital Rooms, a mental health charity that installs original works of art into NHS mental health units across the UK. It forms part of a wider fundraising exhibition, alongside pieces by Harold Offeh and Michelle Williams Gamaker. 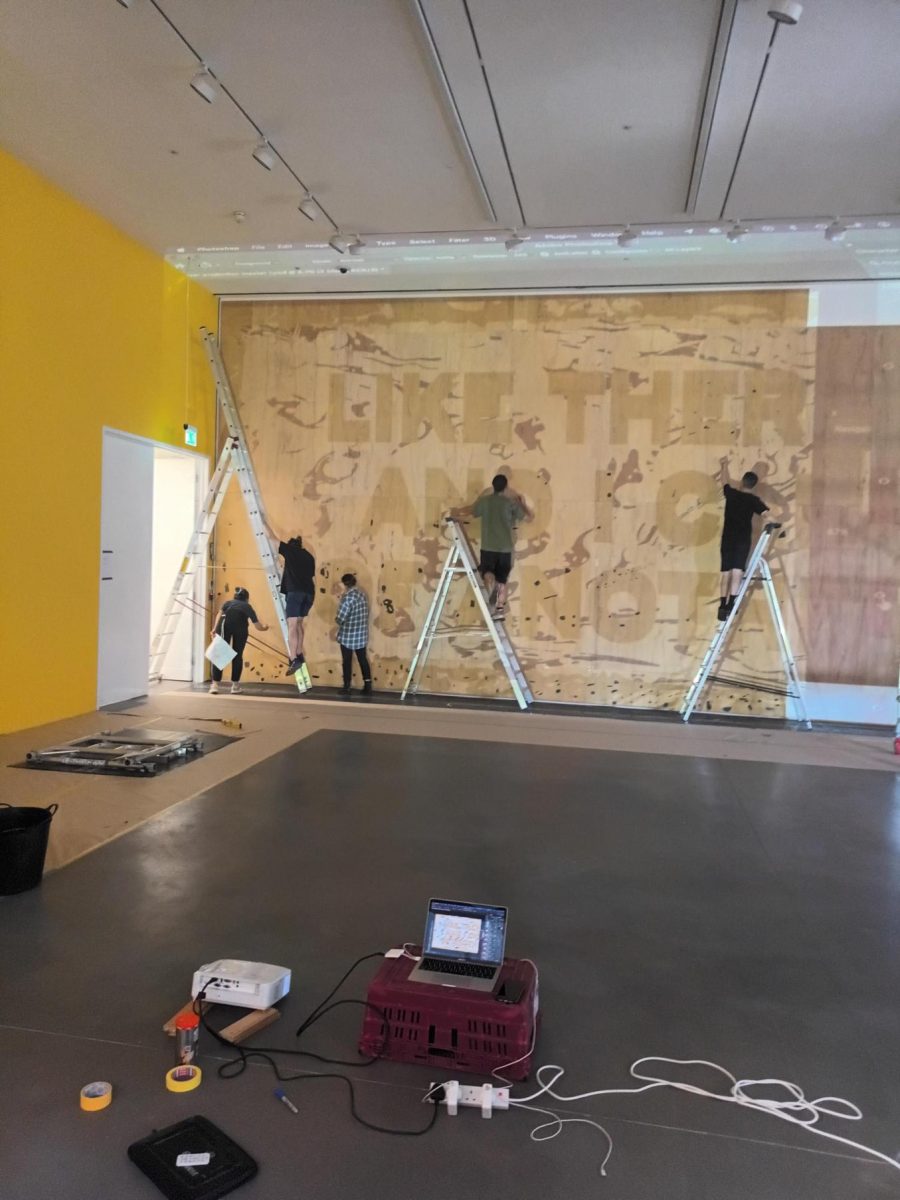 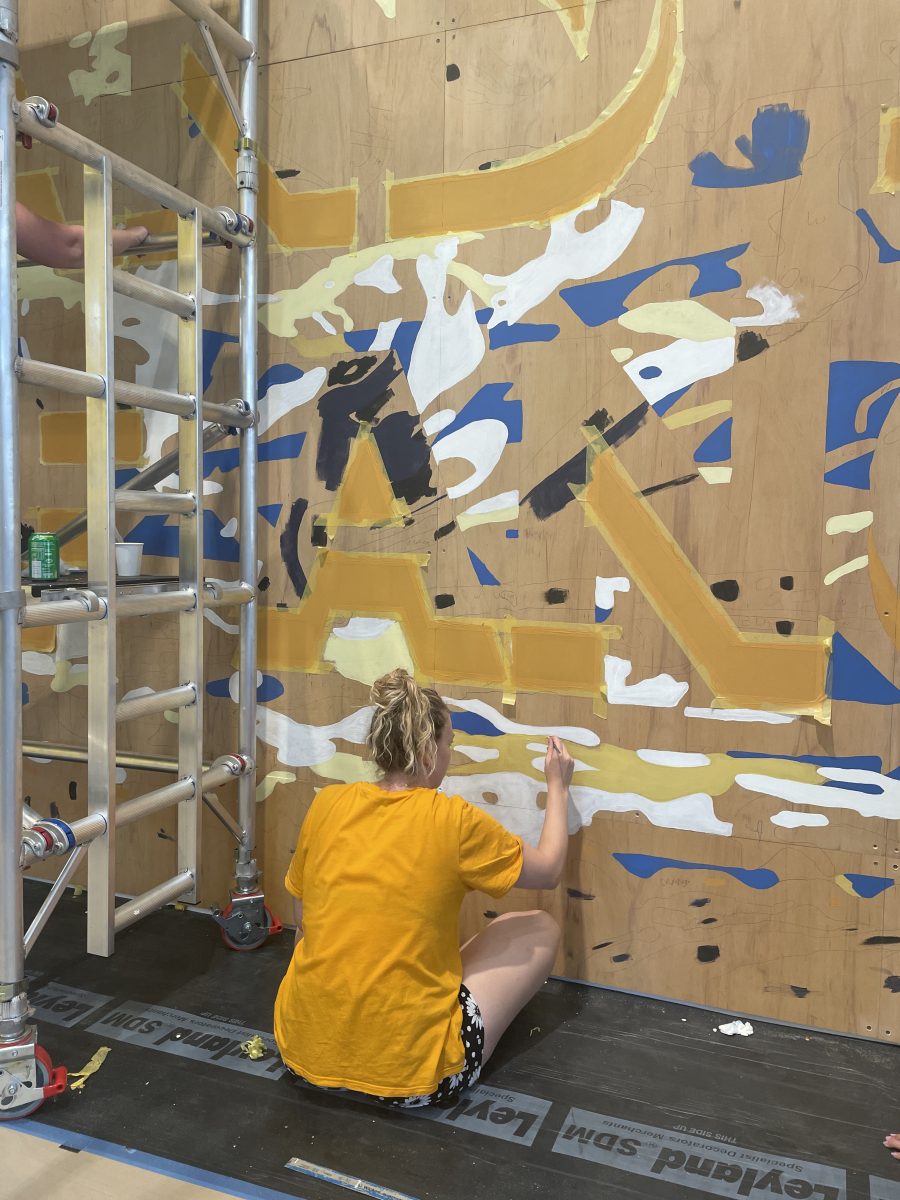 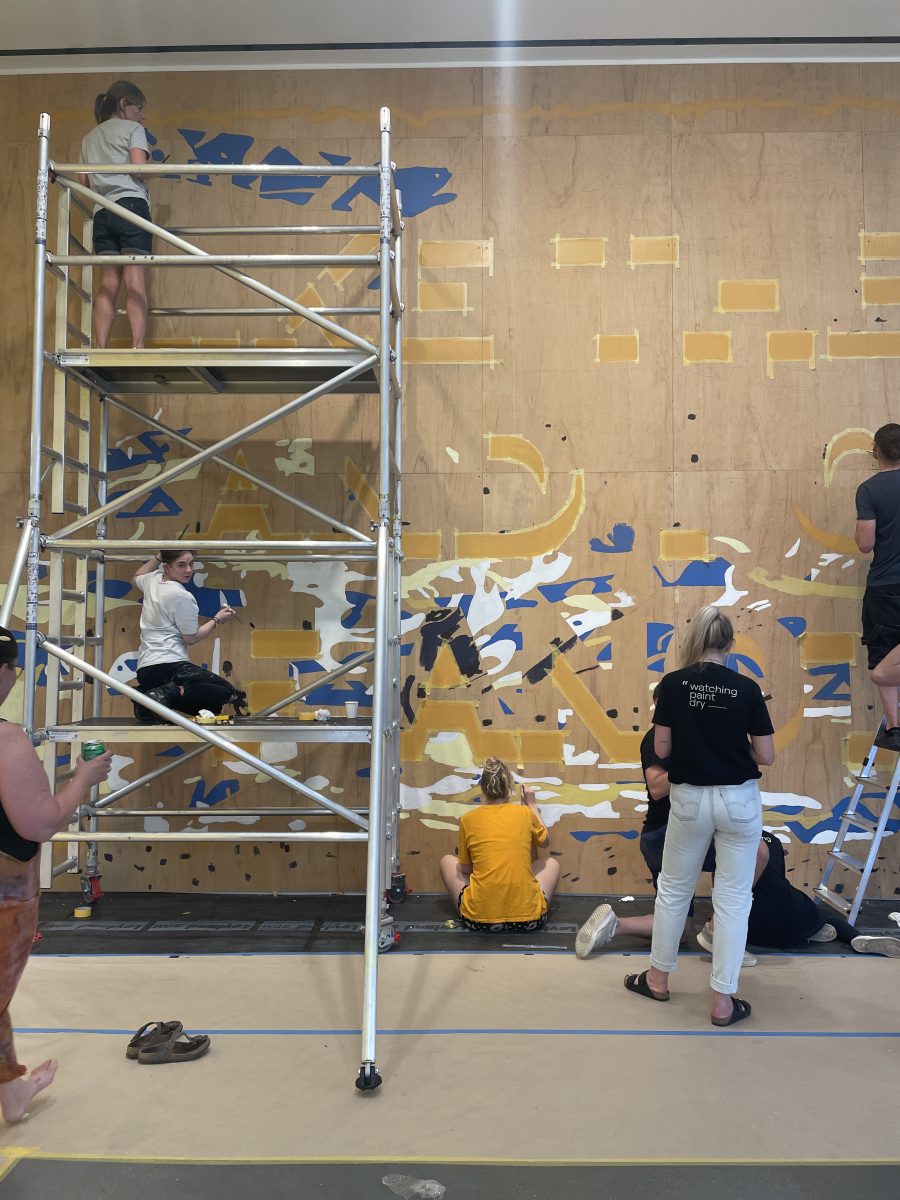 “Hauser and Wirth have supported us for several years,” says the charity’s co-founder Niamh White, “but this is on a new scale all together. After the exhibition, the mural will be installed in an NHS facility, so you all will have taken part in something that lives on past this moment.”

“The mural will be installed in an NHS facility, so you all will have taken part in something that lives on past this moment”

The organisation’s key mission is to give patients access to incredible art at a time when they are at their most vulnerable. The connection between creativity and recovery has gained widespread recognition in recent years, and Hospital Rooms have so far worked with artists such as Tai Shani, Gavin Turk, Chila Singh Burman and Larry Achiampong.

For this piece, our group was armed with brushes and one carefully selected paint shade, before being instructed by Titchner, who retained a fairly relaxed air for someone who was effectively handing over production of a piece of his art to a bunch of amateurs. “It’s going to be great!” he assures us. “I’ll be filling in the difficult bits with a roller, so just find a spot marked with your colour and go for it.”

To begin with, the complex network of shapes had no discernible message, but as more segments were ‘filled in’ a phrase began to reveal itself, reading “Like there is hope and I can dream of another world”. This cryptic statement belongs to Julia Foxon, who took part in Hospital Rooms research conducted with people who have lived experience of mental health services. When asked, “How would you hope an artwork in a mental health hospital would make you feel?” this was her reply.

Her words struck a chord with Titchner, and the charity got in touch to ask if Foxon would allow the phrase to become a new work of art. “I’m still overwhelmed!” she says, brandishing her own paint and brush at the gallery. “It is crazy to think that something I said could become something so beautiful, so of course I asked if I could come and help paint it too.”

“It’s going to be great! I’ll be filling in the difficult bits with a roller, so just find a spot marked with your colour and go for it”

The final result took almost two weeks to complete (thanks to a revolving cohort of volunteers) and is a testament to collaboration and collective ambition. Through hard work, mopped up drips and an ambitious dedication to colouring within the lines, a team of art lovers, but certainly not artists, managed to create on a scale few of us could imagine, and hopefully share a message that can inspire and comfort.

‘Hospital Rooms, Like there is hope and I can dream of another world’ is at Hauser & Wirth London until 14 September 2022