The relationship between art and alcohol is nothing new, whether it be the romantic image of a solitary genius hitting the bottle, or free-flowing prosecco that pops up at every exhibition opening. From fuelling creativity to kicking off the after party, booze has often been considered a powerful tool for art production, but what happens when the act of drinking becomes the work itself?

Recently, the idea of an artist creating a fully functioning bar within a gallery or other art-minded venue has become increasingly prevalent. Right now, you can take a trip to Victoria Miro in East London and be served a refreshing glass of Aquavit from John Kørner’s playful Gym Bar.

Would-be drinkers must navigate the school PE-style apparatus by climbing a series of rungs to the elevated counter, where they can sip their beverage while clinging on for dear life. It is an absurdist approach that examines the nuances of British drinking culture (ironically the bar is also positioned at the end of a running track) while simultaneously creating something of a new-age spectator sport. The artist himself is a rather tall chap, so the joke is on us smaller folk who can’t naturally reach the top.

On the other side of the city, an entirely different bar has been conceived in Selfridges’ Art Tank. Japanese photographer Daido Moriyama has recreated one of his favourite watering holes from Tokyo’s Golden Gai (an area known for hundreds of tiny drinking dens frequented by salary men and tourists alike) and transported it to the more sterile surroundings of the luxury department store. The Lip Bar features a motif covered in red lipstick pouts (the same used to decorate the original), and features a specially-conceived soundtrack, but that is where the similarity with the famously gritty nightlife zone ends. Placed in an explicitly  commercial context, can this recreation of an intimate drinking spot truly be declared “art”?

Other claims that a bar can accurately recreate the spirit of a particular time and place have been made by Josep Maynou, who promises that Le Lucky—a “fully fictional and functioning bar”—will operate as something akin to an extended farewell at HVW8 Gallery Berlin, as he wraps up thirteen years of living in the city and pays homage to his first job as a bartender. He has invited fifty artist friends to use the premise as a place of experimentation and social interaction, which could well be code for simply partying, but does at have its roots in the fluid nature of cultural production. As one collaborator Elise Lammer puts it: “It’s rather a gathering, a goodbye party, a retrospective, or simply a bar.”

In a similar fashion, Hannah Weinberger’s Hidden Bar at last year’s Art Basel was deemed by many as a welcome respite from the relentless pace of the fair. This conceptual speakeasy offered cocktails, coffee and snacks, and even exhibited artworks that were somewhat for sale (the artist claims it was more akin to matchmaking, as prospective buyers could be put in touch with the makers or galleries).

The idea that a space selling refreshments and peddling paintings and sculpture could be considered an immersive work of art within itself, as opposed to just another booth, could be viewed as somewhat far-fetched. On the other hand, there is nothing more welcome than affordably-priced alcohol in the eye-watering affluence of an art fair.

“The coded nature of the beer taps, spill tray and high seating speak to the universal language that a drinking establishment embodies”

Where Weinberger’s project might have its grounds in low-key communing, Carsten Höller’s collaboration with Prada back in 2017 was anything but. In a recreation of the limited-run nightspot he conceived in London almost a decade previous, the Double Bar opened in Miami to coincide with another Art Basel. Prospective guests were invited to choose inside or outside, the former being decidedly monochrome while the latter was more akin to a kaleidoscopic beach party. Whether or not guests engaged with the conceptual dichotomy of the two halves—as opposed to simply getting shit-faced and taking selfies—is not entirely clear.

Back in London, Elmgreen & Dragset employed the art of contemplative drinking in their recent exhibition at the Whitechapel Gallery. Audience interaction was vital to the premise of The Bottle and the Book, an installation that consists of a desk, chair, book and shots of whiskey. Visitors were invited to take a seat, have a drink, and actively consider the work, in a solitary manner. The duo has also considered the symbolic nature of the bar in Queer Bar/Powerless Structures, Fig. 221, winner of the Wallpaper Design Award for Best Watering Hole.

The ovoid counter features bar stools within its negative space, rendering the primary function useless as would-be patrons are trapped inside. The coded nature of the beer taps, spill tray and high seating speak to the universal language that a drinking establishment embodies, despite the fact that this piece doesn’t actually operate as a purveyor of alcohol.

Ultimately, the bar-as-art is concerned primarily with the actions and rituals that surround drinking culture, rather than any preoccupation with the substance itself. While it shows just how significant the act of sharing a drink—or keeping it to yourself—can be, the primary power of these conceptual watering holes lies in their celebration of communion and collective unburdening—as well, of course, simply offering an excuse for a good old knees-up. 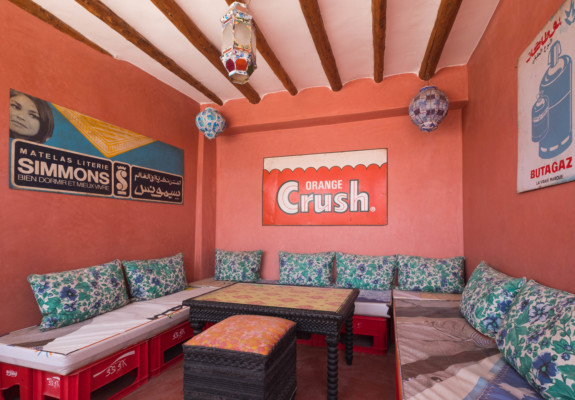 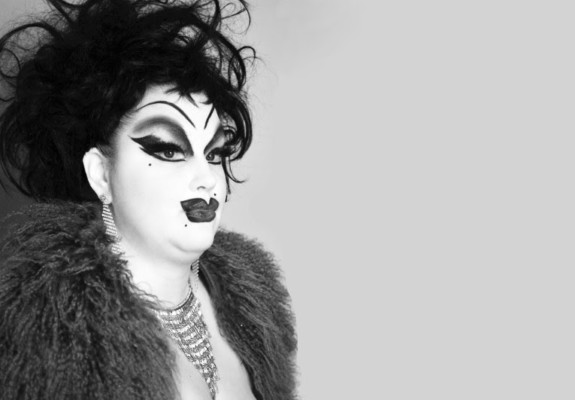 With the Horse Hospital facing closure due to rent increases, is this the death knell for truly independent, experimental art spaces in the capital?
Read More 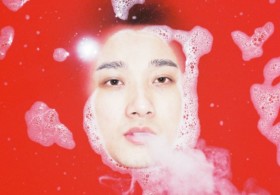 The Artworks That Perfectly Capture Isolation